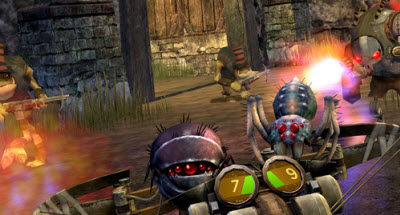 Lorne Lanning, the founder of Oddworld Inhabitants, has been a fixture in the game industry for decades (and a loud one at that). Most recently, he was quoted as saying Microsoft didn’t care about indie game developers: “It’s as if we don’t matter.” Microsoft for its part, says it does care. This week, it coincidentally decided to announce that it does welcome indie developers on the next-generation Xbox One launching this fall. And it will make it so that anyone with an Xbox One console can develop and self-publish a game.

That suits Lanning better, but he is already moving down the road of publishing games on the Sony PlayStation 4, which is also launching this fall. His company’s Oddworld: New ‘n’ Tasty will be a high-definition remake of the 1997 game Oddworld: Abe’s Oddyssee. It will debut on the PlayStation. Then it will appear on other platforms including Nintendo’s Wii U and the PC. But it will not appear, so far, on the Xbox One.

Lanning said that he doesn’t miss the triple-A console days because he didn’t have control of his destiny — and he made just $7 on a $60 game. Today, he controls his own company on digital platforms and makes roughly, well, $7 on a $10 game. That’s not so bad. Having control matters, so he can tell anti-corporate tales like Oddworld: Abe’s Oddyssee or Oddworld: Stranger’s Wrath.

We caught up with Lanning at the Siggraph Business Symposium in Anaheim, Calif. Here’s an edited transcript of our conversation.

GamesBeat: What is your message about business and creativity?

Lorne Lanning: I want to address the chasm between creators and finance, why that chasm is increasing, and why there’s this renaissance upon us, where creators have alternatives to the traditional capitalistic model.

The ability to connect with the audience is changing all that. Digital distribution is changing the old paradigms. Now the old gold bears have to prove their value with more than just dollars. They have to come to the table with real value. It’s something I see a number of publishers having trouble doing – justifying their value. If creators can find an audience at a lower price, offer a product cheaper, and directly nurture that community, they don’t need the old guard anymore.

That takes us almost back to the typewriter days. I’m going to talk about Dr. Seuss and George Orwell, people who changed the world with a typewriter. We’re missing that in the industry today. We don’t have any Orwellian class of product, any Dr. Seuss integrity around his mission in life, which was basically to give kids a better compass for the heart. We’re missing that, for a lot of reasons. This is playing off that spectrum today for a brief while. 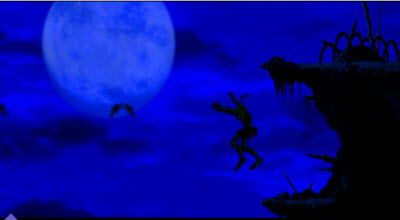 GamesBeat: You been annoyed by Microsoft’s policy, or lack of it, toward indie game companies.

Lanning: You maybe saw those headlines recently. “Lanning: Xbox One team should be fired over indie stance.” That was completely untrue. However, here’s what is true. I said there should be a mass firing, and that they should start with PR and marketing agencies. Not employees. Agencies.

This was before I think the real problem jumped ship. You wrote about that. I was surprised by the Don Mattrick article, because there was nothing about—How do you make a deal that quickly without having it pre-arranged while you were there at the show, selling your policies? Those were his policies. He’s the one who was reporting to Steve Ballmer. There was one guy who had the keys to the kingdom. So I looked at that and I thought, “How does that whole team feel, knowing that the guy who led them to that train wreck just jumped out with maybe a $5 million parachute?”

That’s an issue we don’t talk about today, because it’s not cool in capitalism to talk about that.

GamesBeat: And you like Nintendo’s way of doing things?

Lanning: Meanwhile, [Nintendo CEO] Satoru Iwata came out and said people were asking him, “When are you gonna lay off your development staff?”I don’t remember exactly what he said, but it was basically, “Laying off development is not going to solve our problems. Building great games is what we do and we’re going to continue doing it.” When he said that, in my opinion, he was immortalized in the creative community? I would work with him in a second. When a man in that type of position, in a world where the golden rule is the rule and that’s what’s expected at public companies, he stood up and said, “That’s not what we’re about. We’re about building great stuff. We have great people to build great stuff. We’re gonna do that.”

GamesBeat: Microsoft changed its message. They will allow self-publishing on the Xbox One. What do you think of it?

Lanning: Generally speaking, it’s a big shift in the right direction.  Exactly what the details are, we’re still waiting to hear. As of now, MS has not specifically said how it’s all going to work. Every Xbox One as a dev kit is a very clever idea.  How many hoops there are to self publishing, the clarity seems still to be had.

What we really want to know is, “Are we apples to apples with Sony and Steam policies, or is this a new orange?” Assuming that we’re apples to apples, this is smart for Xbox One, for its customers, and for the  indie developer. By making the Xbox One audience accessible to indies, the indies potential sales are higher, which greatly increases their chances to survive another day. It would be a win-win for all sides.

GamesBeat: What are you guys conceiving or doing?

Lanning: As a company or as a loudmouth? [Laughs] As a company, I’d like to see Microsoft to pull it out. But the new person they put in charge, I don’t know much about her, but I think they’re bringing a lot of the traditional wisdoms of Microsoft back into the Xbox group. I don’t think that’s what made the Xbox in the first place. They reversed policies on the immediately obvious ones. I’m waiting for them to reverse on the self-published indies. If they don’t, we really don’t care about them. There’s no reason to. As we would say, offering no value.

A good capitalist would say—If I had VC partners, they would say, “You need to get in there and be selling on that network. If you need to do whatever to go do it, why aren’t you doing it?” As an independent, we just say, “We don’t have the resources to do whatever seems to be necessary. I can’t even tell what that is. And we don’t need to.” The VC space wants a 10X return. The publishers tend to want a 5X return. If you’re a 4X return you’re a loser. Whereas with our model now, if we get a 1.5X return, we’re still keeping people employed. We’re still able to seek growth. We’re still able to do what we’d like to do.

We’re able to grow in a very micro way. It’s not something that has investors that need to be appeased and that are really bringing no value beyond their cash. Usually that cash is what drives most of the pressure and most of the distractions. Being self-published and self-financed—It’s really crowd financing, because it’s revenue financing. The crowd is paying for it. They’re just not pre-paying for it. As a result, we’re able to do something different. We’re not having to approve our decisions past a board and institute their policies if they don’t agree. We can ask the audience what they would like to see. We’ve learned a tremendous amount that way.