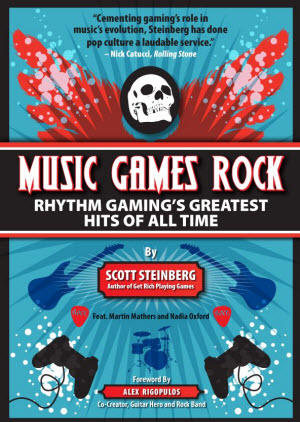 Music video games such as Activision Blizzard’s Guitar Hero and Electronic Arts/MTV/Harmonix’s Rock Band were among gaming’s fastest-growing sectors a few years ago, soaring to become a $1.7 billion business by 2008. But after a 46-percent sales crash in 2009, they become a cautionary tale and fodder for endless jokes describing “the day the music died.”

But despite critics’ claims, the beat hasn’t stopped for music games, which continue to enjoy chart-topping success in a multitude of forms and formats. As revealed in my new book Music Games Rock: Rhythm Gaming’s Greatest Hits of All Time (downloadable free here), here’s why it’s premature to label them a one-hit wonder.

As we speak, smartphones, tablet PCs, web browsers and social networks are introducing millions to gaming, and expanding its audience to include even those who don’t consider themselves gamers per se. Moreover, billions of players are suddenly now walking around with ready-made jukeboxes in their pocket, or piped into free multiplayer (and therefore virtual-concert-ready) venues courtesy of services like Google+ and Facebook. Given the unique ability to serve as a common unifier across cultural, generational and socioeconomic divides, music – and, most importantly, music games – are spearheading the forefront of the revolution.

Make no mistake: Mobile, social, digital and online connected play is the future of music games, and already leading the field forward into a brave new era. From iPhone and iPad outings including Tap Tap Glee, VidRhythm and Songify to digital downloads like Audiosurf and Facebook offerings like Nightclub City and Dirty Dancing, a new breed of title is quickly emerging. And between the rise of franchises like Tap Tap Revenge and gamification-powered group listening services like Turntable.FM, their impact is already being felt. Between free and value-priced titles which tap into your smartphone and tablet PC’s digital music library, or let you download new tunes on-demand, the category’s fortunes are rapidly soaring. Simultaneously, new titles like Skillz also aim to provide experiences akin to those console-based competitors, i.e. DJ Hero, do at a fraction of the cost, minus the oversized controllers.

Sales of pricey plastic peripheral-based performance simulation games have been waning lately. But as can be seen from Rock Band, described by creator Harmonix as “a platform” and still drawing over one million people monthly to download new music online, it may be irrelevant. With said series having shifted over 100 million digital singles alone, it’s becoming increasingly apparent that online music distribution, not retailing fake Stratocasters, may be the real viable long-term business here.

Novel offerings with an attractive, attention-grabbing and instantly communicable hook, music games with fake drum sets and Stratocasters such as Guitar Hero and Rock Band may secretly have just been Trojan horses. Serving to capture the public’s imagination and introduce the ability to physically interact with songs, each effectively sneaked the beginnings of a pipeline for high-tech direct-to-consumer record industry sales into millions of homes. Admittedly more unwieldy and tougher to dispense than an iTunes download, these sets nonetheless remain capable of delivering virtually distributed songs, which users can play with and enjoy in myriad ways, at high premiums and margins.

For artists, record labels and game makers alike, the genre’s large installed base and voracious appetite for new tracks could prove a healthy business going forward.

Devices like the Nintendo 3DS already offer popular features for built-in sound recording and sharing. Ditto for past outings like Guitar Hero: World Tour, which offers a complete song creation studio. But newer titles like Everybody Dance, YooStar on MTV and SingStar Dance also include the ability to tape and share performances online or distribute content via Facebook, Twitter and other social networks.

Whether creating beatbox-style remixes with applications like Cambox, or simply popping and locking on camera, all are tailor-made for viral spread, and helping quickly expand the category’s reach and audience. Though turning friends, family and shots of you accidentally two-stepping into the coffee table into embarrassing videos may seem innocuous, don’t be fooled. By allowing users to effortlessly express themselves, edit creations and spread the word, all present a tremendous opportunity that game makers are rapidly capitalizing on to build new promotional and sales opportunities. 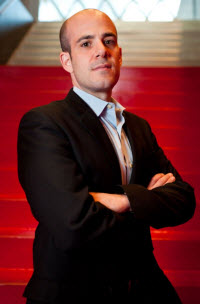 Granted, titles like the upcoming Ubisoft game Rocksmith, played with a real guitar, will inevitably face an uphill battle going forward. Interested as people are in getting off the couch and shaking their moneymaker though, gesture-powered options like The Black Eyed Peas Experience still seem poised for success. Will motion-tracking dance and karaoke games rule going forward? That remains TBD. But given the seemingly rich and largely untapped vein active titles present by letting players literally get in the game, we wouldn’t bet against it.