Nintendo has said that it will talk more about its next piece of hardware in 2016, but the latest evidence suggests that the company could also release that device sometime this year as well.

Developers may already have their hands on the development kits for the Nintendo NX, according to a Wall Street Journal rumor. And now Japanese financial newspaper Nikkei is claiming the company will announce the system this year while ending production of the Wii U. This means that outside studios and publishers are potentially working on games for the launch of the new Nintendo system right now. We’ve heard rumors before that the NX will combine the publisher’s home console and handheld efforts into one package, and the WSJ report also claims that is the case. So Nintendo could have a followup — and potential replacement — for both the Wii U and 3DS coming soon. That’s important because those systems are either on the decline or never took off in the first place. It’s also crucial because the company is interested in solidifying the earnings from its traditional businesses while it simultaneously moves into making software for iOS and Android.

Of course, one of the big questions is “when will the NX go on sale?” And while we have nothing that definitively points to a 2016 release date, it would make the most sense for Nintendo to release its next major product next year.

Yes, the Wii U has failed, and the 3DS is old

Nintendo seems past the point of somehow magically resurrecting the Wii U. And putting efforts into trying to extend the life of that console is a bad bet.

“We are increasingly of the idea that Nintendo might launch the NX in 2016 because of the softness of 3DS and Wii U,” Macquarie Capital Securities analyst David Gibson told the Wall Street Journal.

Nintendo has only sold around 11 million Wii U systems since 2012. In comparison, Sony is well into the 20 millions with the PlayStation 4, and the Xbox One is in the teens. And both consoles launched an entire year after Nintendo’s device. 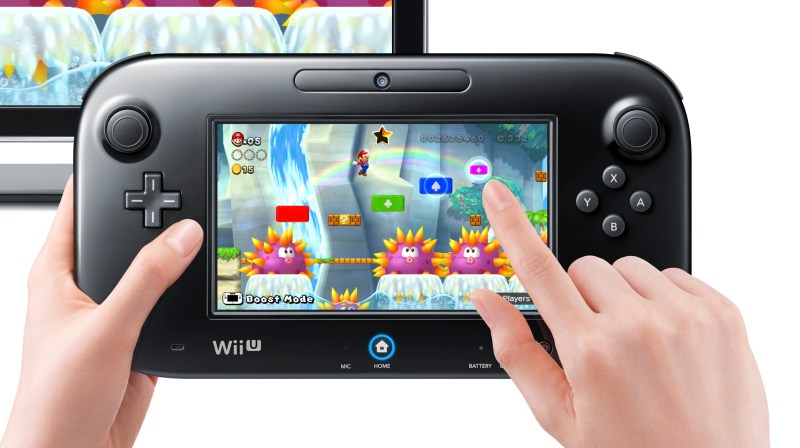 Above: The Wii U gaming console is fun but already doomed.

Falling that far behind hurts for several reasons.

Nintendo’s support from major third-party publishers has almost entirely vanished on the Wii U. That has happened to Nintendo systems repeatedly since the Nintendo 64, but even the GameCube got games like Madden NFL football — the Wii U does not even get that.

Producing games is more expensive than ever before thanks to high-definition visuals. This means Nintendo is pouring tons of cash into making some of the biggest, most impressive versions of its franchises ever (Mario Kart 8 is probably the best entry in that series ever). Only Nintendo is also selling to a smaller audience because fewer people own the console. The publisher has found different ways to maximize its revenue from those releases through downloadable content and the interactive Amiibo toys, but those business models would have an even larger effect if the base games sold better.

“Sales of the Wii U have been abysmal so far and will not pick up anymore,” game-industry analyst Serkan Toto told GamesBeat. “It will go down in Nintendo’s history as the console that sold even worse than the GameCube.”

The 3DS, meanwhile, is also not the juggernaut it once was — and it was never quite as successful as the original DS.

“The 3DS is almost 5 years old, and its hardware is totally outclassed by today’s smartphones and tablets,” said Toto.

With aging, irrelevant hardware, Nintendo would stand to see the most benefit if it made the jump to something to replace both systems sooner rather than later.

Nintendo was too slow with the Wii U

When people first saw the Wii U in 2011, a year before its launch, everyone had the same thought: “Yo, this looks like Nintendo is trying to make something like an iPad.”

It was an easy conclusion to come to. After all, the iPad had debuted in 2010 and was an instant success. Why wouldn’t Nintendo want to chase after that?

But the truth is that the company actually started developing the Wii U prototype around 2007 and 2008, according to the late Nintendo president Satoru Iwata. Nintendo of America boss Reggie Fils-Aime reaffirmed that in an interview with GamesBeat from 2011.

“We were well in development before the the birth of tablets,” said Fils-Aime. “And, again, to be clear, this is not a tablet. It is a connected experience to the base console.” 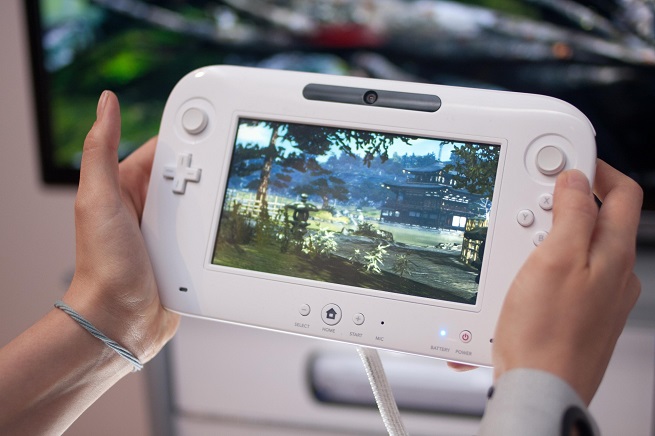 Above: The tablet-style controller failed to wow consumers.

But despite that attempt to position the Wii U as something different from the iPad — something with origins that preceded those tablet devices — the Wii U always looked like a cheap toy in comparison to Apple’s sleek slates.

Legendary Mario creator Shigeru Miyamoto admitted that the Wii U showed up a bit too late to really wow consumers in an interview with NPR from earlier this year:

“I think unfortunately what ended up happening was that tablets themselves appeared in the marketplace and evolved very, very rapidly, and unfortunately the Wii system launched at a time where the uniqueness of those features were perhaps not as strong as they were when we had first begun developing them. So what I think is unique about Nintendo is we’re constantly trying to do unique and different things. Sometimes they work, and sometimes they’re not as big of a hit as we would like to hope. After Wii U, we’re hoping that next time it will be a very big hit.”

Clearly, the story of the Wii U, for Nintendo, is that the company acted too slowly. It had an idea that maybe had a chance to work back in 2008 or 2009, but after going throw the time-consuming development process and finally hitting the market in 2012, Wii U was nothing special.

One of the best ways to prevent something like the Wii U from happening again is to act faster. If the NX is a great idea now, then the clock is ticking. And Nintendo is fully aware of that after learning its lesson this generation.

If the WSJ report is accurate, and developers really do have dev kits, then that means Nintendo could easily have the NX at least ready to ship by next year.

Giving outside companies the tools to make NX games means that Nintendo has at least settled on some key aspects of the hardware design. And while things could still change, it means the publisher has likely cemented the key features of the next console as well as the strength (or general strength) of its processors.

Looking back, we can see that companies typically try to put dev kit hardware in developers’ hands around a year before the release. In November 2012, website VG247 reported that the first real PS4 game-making kits shipped to outside companies. A few months later, Sony announced the PS4 in February 2013 prior to a November 2013 launch.

A similar leak regarding Wii U dev kits didn’t happen until May 2012, which was just half a year before that system debuted.

One other Wall Street Journal rumor worth pointing out is that Nintendo is aiming to equip the NX with “industry-leading chips.” Again, that is a time-sensitive situation. The Xbox One and PlayStation 4 are already almost two full years old. Releasing the NX in 2016 will maximize the amount of time that Nintendo could potentially have a graphical advantage over the competition.

While Nintendo has not obsessed over having the most cutting-edge visuals over the last decade or so, it may need that as a bullet-point to help justify the existence of the NX in a world filled with powerful smartphones and tablets.

Earlier this year, Nintendo delayed the Wii U entry in its Legend of Zelda franchise. The game had a minor presence at the Electronic Entertainment Expo tradeshow in 2014 before the publisher said it was holding back on the game moving ahead while it re-worked some of its ideas.

In a statement, Zelda producer Eiji Aonuma explained that his team kept stumbling across new concepts:

“In these last three months, as the team has experienced firsthand the freedom of exploration that hasn’t existed in any Zelda game to date, we have discovered several new possibilities for this game. As we have worked to turn these possibilities into reality, new ideas have continued to spring forth. It now feels like we have the potential to create something that exceeds even my own expectations.

As I have watched our development progress, I have come to think that rather than work with meeting a specific schedule as our main objective, and releasing a game that reflects only what we can create within that scheduled time, I feel strongly that our focus should be to bring all these ideas to life in a way that will make The Legend of Zelda on Wii U the best game it can possibly be.”

Nintendo originally planned to release Zelda in 2015. It delayed the game without providing any new release date. But the earliest it could come is 2016, and if that matches up with the NX launch … well, we may get the game on a new system. And if we do, it’s possible that the “new ideas” have a lot to do with different hardware.

Updated on March 22, 2016 with new information about the Wii U’s production.