But the market’s response to the Nintendo Switch, a hybrid home/portable console that will ship in March, is not due to a lack of excitement from consumers. The trailer for the Switch already has 18 million views. That makes it the most watched video on Nintendo’s YouTube account, and the clip is even approaching the 25 million views that the popular Pokémon Super Bowl ad received earlier this year. Consumers are showing a lot of interest in what Nintendo is doing with the Switch, and that’s a positive sign for the company’s chances to take a better chunk of the $99.6 billion gaming industry than it did with the Wii U.

But even with millions of people seemingly excited for the Switch, Nintendo’s share price went from $32.40 at the end of trading on Thursday to $28.75 on Monday. That’s a big drop following the reveal of Nintendo’s next home console, but it doesn’t mean the market thinks the Switch is already a failure.

Instead, it’s about uncertainty regarding price and games as well as the lingering legacy of the Wii.

The Nintendo Switch trailer provided a lot of information about the system, but you probably have some unanswered questions about the device. Well, Wall Street and investors around the globe fear unanswered questions. Additionally, it looks like the Switch is Nintendo’s most traditional gaming device in some time, and that may mean the publisher won’t see a return to the success it had with the motion-controlled Wii device that won over mainstream consumers and sold over 100 million systems worldwide.

These two factors combined mean that investors didn’t have a lot to get hopeful about.

“I think that the stock price reacted in the way it did primarily because the promo video offered neither surprises nor details on price, specs, or launch lineup,” gaming-market analyst Serkan Toto told GamesBeat. “Investors were clearly taken aback that Nintendo is just planning to release a tablet-like device with a joypad gimmick that can double as a home console.”

So now the market is no longer expecting the next record-smashing Wii-like success, but it still doesn’t really know what Nintendo has in the Switch. Sure, it’s a Nintendo console running on Nvidia hardware that can turn into a handheld, but the appeal of that kind of device is going to depend largely on cost and games.

While Nintendo’s stock price is down in the days since the Switch announcements, it is still doing well relative to how it started this year. And that’s because the company is getting into mobile games, along with the success of Pokémon Go.

“In the first half of 2016, Nintendo stock hovered around $20, and it’s been closer to $30 since Pokémon Go came out,” IDC research director Lewis Ward told GamesBeat. “So Nintendo is still ‘in the black’ even with the presumably frosty market reaction to Switch.”

Ward went on to explain that, of course, Nintendo has only had a minor involvement in Pokémon Go, and so it shouldn’t see a huge change in revenue thanks to blockbuster mobile hit. And yet investors drove up the price of the publisher’s stock based on that game. This shows where Wall Street thinks the money is for Nintendo.

I asked Pachter if he thought that Nintendo showing off a handheld device convinced some investors that the publisher isn’t as committed to mobile as they want.

“I think you’re right that the introduction of a handheld reflects a lower commitment to a mobile-only strategy,” he said. “Keep in mind that Pokémon Go has been dropping in the charts all month, and the runup in Nintendo’s share price was largely attributable to that game’s performance — however unwarranted, since Nintendo doesn’t own Pokémon — and to expectations for Super Mario Run. So I think that the introduction of a handheld is probably a bigger driver of the disappointment than anything else.” 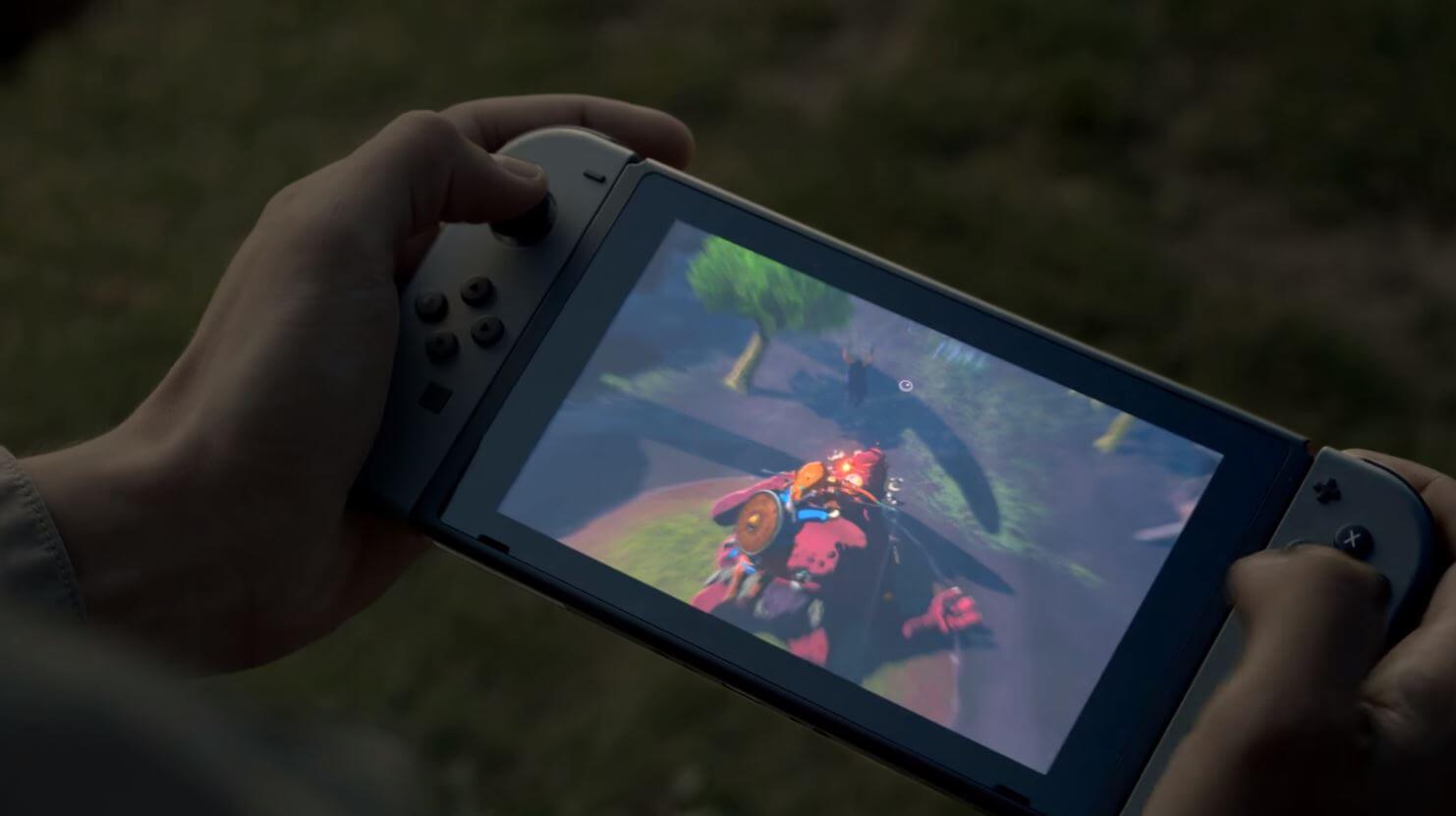 Nintendo, however, has already said that the Switch will work with its mobile games in some way, and Toto believes the company should’ve highlighted that.

“I think that a nod to smartphone gaming, like showing off the already announced connectivity of Nintendo’s future smartphone apps with Switch games, would have worked wonders,” he explained.

Nintendo’s stock price was probably always going to dip after the announcement of the Switch. Investors build value into shares based on expectations, and now the reaction is simply trying to get the price to better reflect the reality of what the publisher is planning.

Even if Nintendo had a perfect debut for the Switch, it would likely still have to shed a few percentage points off its share price because of how much Pokémon Go has inflated its value. So the real story of the post-Switch drop in Nintendo’s stock price is that it makes sense and is nothing the company should stress about.

“I wouldn’t read too much into the recent dip,” said Ward.

The IDC researcher also explained that the real tests are still to come. If Nintendo reveals the price and games for the Switch and Super Mario Run comes out, and the company’s share price drops after all of that, that’s a problem.

“Nintendo decided to keep us waiting for further details until 2017,” said Toto. “So we need to wait a bit more.”

By March, investors will have a much sturdier idea if the latest Nintendo business strategy is working or not.