Real-money gaming is a growing industry on PC and mobile as companies release skill-based and luck-based apps around the world. But whether it’s fantasy football or a match-3 puzzler, developers see distinct and valuable trends emerging from different kinds of players.

Three kinds of people deposit money into real-money gaming apps, according to an upcoming report from customer-retention technology company Optimove. These insights all are important to retaining players in this growing market. The first are “bold” players who put money into a game the same day that they register. The second are “hesitant” players who deposit money within the first week. And the third are “very hesitant,” and they wait more than a week before charging their credit card on a real-money game. Optimove finds that a 59 percent majority are bold players, and they tend to deposit more money at a higher frequency than everyone else. But this doesn’t mean developers should focus on them to the exclusion of the other kinds of paying players to maximize their potential in the real-money gaming market, which analysts expect could grow to $100 million by 2017. 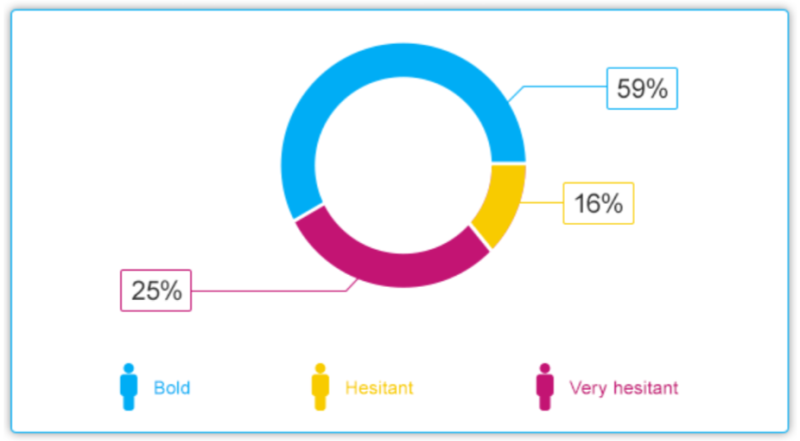 “[We] found that bolder players exhibit both higher deposit amounts and greater numbers of deposits,” reads the Optimove report. “For instance, over their player lifetime, bold players make, on average, 13 percent more deposits than hesitant players and 22 percent more than very hesitant players.”

But despite these figures — or probably because of them — the bold group suffers from a higher burnout rate. This means that the people who hesitate are more likely to stick with a game for a longer period of time.

“Our research found that the more hesitant the player, initially, the longer they survive,” reads Optimove’s report. 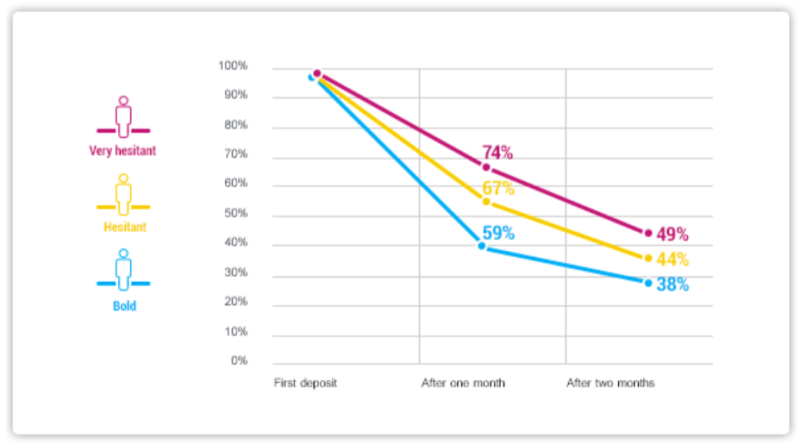 This all has implications for how a studio should go about pursuing and attempting to retain players.

“Our research found that bold players are initially worth more than the more hesitant players during their first month, but they also have a tendency to quit playing much more quickly,” reads the report. “However, their survival rates increase if they’re able to make it through their first month. Therefore, marketers should consider targeting these bold players with campaigns that keep them playing long enough to give them a better chance of sticking around for the long term.”

For the hesitant players, Optimove suggests encouraging and nurturing these customers without pestering them to deposit money.

“However, once they begin depositing, marketers should serve them with special offers and promotions that encourage them to do so more frequently and in larger amounts,” reads the report. “In the end, the length of time that it takes for real-money players to make their first deposit is a significant indicator of their future behaviors. By understanding this impact and the differences it creates, marketers can cater to the various personas in the most effective ways.”