Something seemed to light up inside Chris Ashton and Phil Robb when I asked them why they like making cooperative multiplayer games.

It was seven at night, and the two co-founders of developer Turtle Rock Studios were only hours away from ending a long day of showing journalists the latest version of their alien-hunting game, Evolve. Coming to PC, PlayStation 4, and Xbox One later this year, the co-op shooter has four players trying to track down and kill a fifth player who’s in control of a giant monster.

In many ways, cooperative multiplayer is part of the company’s DNA. After Turtle Rock worked with developer Valve on the Counter-Strike games, it went on to make the popular Left 4 Dead series, where up to four people can team up and fight off hordes of undead.

“I just remember all those years of working on Counter-Strike,” Robb told GamesBeat. “We play tested it for all the [downloadable content] and stuff we made for it, and I just remember turning to [Chris Ashton] afterward and being like, ‘Dude, I want to make a game where I don’t feel like murdering you after we’re done. Can’t we just be on the same team?’ For me, that was a big attraction. You remember Secret of Mana? That was the first game I remember playing where me and a buddy could sit down and actually play together and be on the same team.

“I remember that making a huge impression on me. Thing is, I don’t even remember it being terribly well advertised as a cooperative game. And one day we were just sitting there playing it, and I was like, ‘What happens if you try and join?’ Sure enough, my buddy just pushes a button and suddenly he’s controlling one of the characters. So I remember feeling like ‘This is awesome!’ because I had been playing other games that were competitive, and one [person] would always end up mad.” 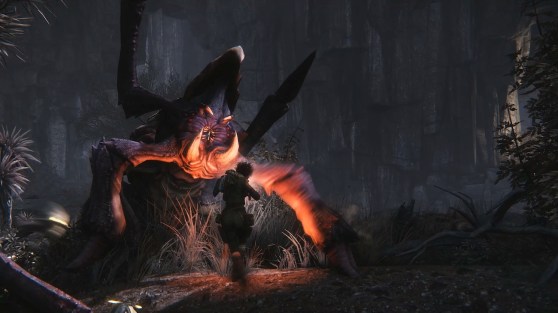 Above: Players will also face different forms of wildlife.

Ashton had a similar revelation while trying to play games with his sister.

“I grew up with two sisters. My little sister in particular did like playing games but never against me, as I would always beat her, and she would get frustrated, and she wouldn’t play,” he said. “But if I could find a game that had … we used to go to the video store — remember when you used to rent video games? — we’d go to the video store, and I’d look on the back [of the box] for ‘One to two players co-op.’ If it ever said that — it didn’t matter what it was; it could be flying spaceships, it could be shooting soldiers, or whatever — if it was co-op, then she would play with me.

“The only way I could get my sister to play a game is if we played together on the same team. I think [Phil and I] have latched on to that, and since we get to drive the company a little bit, and influence the direction of the company … .”

“The other thing is, I don’t feel like there are many games out there that really do cooperative well,” said Robb. “There are a lot of games out there that let you be on the same team, but ultimately, you’re just kind of doing your own thing. What we want to do is actually create games where you really need to work together in order to be successful. Left 4 Dead was maybe the genesis of that. Evolve takes it many steps further.”

To find out more about Evolve, you can read what Ashton and Robb had to say about storytelling here.