Lucasfilm has had decades to perfect its storytelling craft in film and TV. However, the same can’t be said for its work in immersive entertainment, which encompasses virtual reality, augmented reality, and mixed reality technologies.

But with the help of its experimental ILMxLAB division, the renowned studio is starting to realize just how powerful these new mediums can be.

During this year’s Game Developers Conference, ILMxLAB partnered with the British Academy of Film and Television to host an intimate conversation about the future of immersive storytelling at Lucasfilm headquarters. The private event attracted all sorts of industry luminaries, including Uncharted creator Amy Hennig and members of the Lucasfilm Story Group (the gatekeepers of Star Wars lore). The list of speakers — featuring an array of top AR and VR experts — was just as impressive.

To kick off the night, ILMxLAB executive in charge Vickie Dobbs Beck talked about her team and why it was created in 2015. She said that one of their goals from the beginning was to let people “step inside our stories like never before.” Their list of projects include Star Wars: Trials of Tatooine and “Carne y Arena,” a VR installation from celebrated filmmaker Alejandro G. Iñárritu.

“We believe that the future will be all shades of reality. Ideally, these experiences will not be adaptations, but wholly unique experiences designed for the strengths of individual platforms. … Some day, it’ll be a living world, where stories unfold — [what we call] story-living. It’ll be dynamic, personal, social, and maybe even transformational,” Beck told the audience.

In the latter half of the night, Beck moderated a brief panel discussion between Aaron Luber (Google’s head of AR/VR content partnerships), Cliff Plumer (CEO of VR company The Void), Yelena Rachitsky (executive producer of experiences at Oculus), and Magic Leap chief game wizard Graeme Devine. She asked them two deceptively simple questions: What excites you the most about VR, AR, and mixed reality in the next two years? And the next five years?

Their responses ranged from the practical (new hardware releases) to the existential (the social responsibility that creators need to have). Here’s a round-up of their most thought-provoking answers. 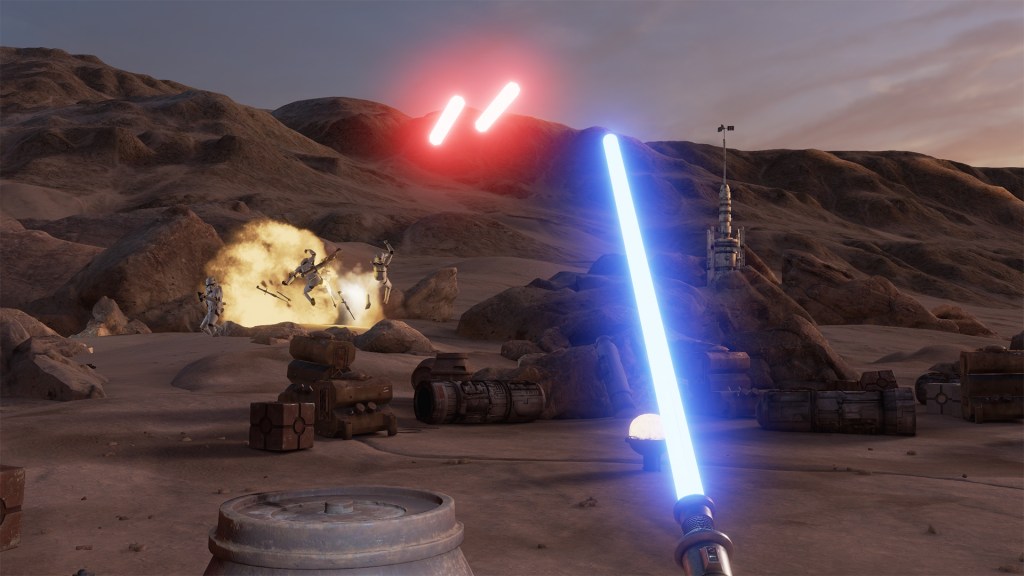 Above: Star Wars: Trials on Tatooine is out now.

A wireless future with moving stories

According to Plumer, The Void sees the next two years as a learning experience, where they’ll continue to gather feedback about its location-based entertainment centers. The Void creates bespoke physical sets that, when combined with powerful laptops and VR headsets, trick people into thinking they are moving inside of a virtual world.

They can hold fake weapons, touch walls, interact with other players, and even smell exotic scents from fictional locations — like the fiery planet Mustafar in Star Wars: Secrets of the Empire (a collaboration between The Void and ILMxLAB). The Void calls its products “hyper-reality” experiences, with each new project building on the lessons learned from previous ones (it’s currently working on a horror-themed attraction).

Plumer said the power of hyper-reality became clear when a wheelchair-bound woman participated in one of their experiences. At first, she wasn’t sure if she wanted to try it out. But after she went through with it, she came out in tears.

When the staff asked if she was okay, she told them she was crying because it was the first time she was able to walk with her friends.

“It just shows the power of what we’re creating. So as we’re working on new experiences and thinking about how the audience is going to respond, that is going to keep pushing us,” said Plumer.

Rachitsky, who focuses on non-gaming VR experiences, talked about how rapidly the medium is evolving, citing Iñárritu’s recent Oscar win for “Carne y Arena” as an example. Now that a lot of developers have been working in VR for a few years, she looks forward to seeing more emotionally moving films and other theatrical pieces. She’s working on a project that’ll link live actors (located in a remote studio) with people at home on their Oculus headsets, describing it as “Journey meets Sleep No More.”

With its line of Daydream VR headsets, Google is also focused on the at-home experience. Luber is most excited about the release of standalone headsets — which both Google (with the Lenovo Mirage Solo) and Oculus (with Oculus Go) are working on — and how developers will learn to create content for them that’s different from mobile and PC-based devices. He believes that standalone headsets are the “right form-factor” for mass VR adoption.

“Everybody always points fingers about the slowness or pacing of VR, but we always said it was going to take long. It required a ramp-up on the tech side,” said Luber. 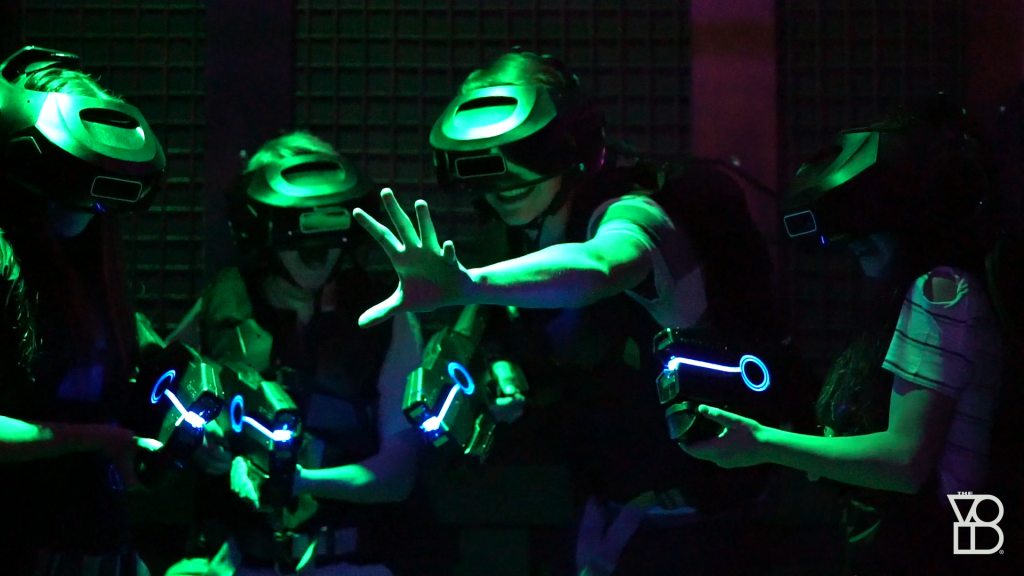 Above: A group of people inside of The Void’s Ghostbusters: Dimension experience.

Plugging back into reality

Devine, who worked in gaming for 40 years before joining Magic Leap, was more interested in discussing the long-term prospects of the industry. One aspect that he loves about VR is the power of presence. When you’re in VR, he explained, it’s impossible to distract yourself with your phone because the headset requires your full attention. He hopes to translate that sense of presence back into real life with augmented reality.

The Florida-based Magic Leap raised almost $2 billion for making its AR devices, the first of which (the Magic Leap One) will debut later this year. Unlike VR headsets, these AR goggles enable you to see the real world, but with digital interfaces and objects placed within it.

“My mission for the next five years is to stop people from [looking down at their phones] and start having them look up back into the real world. And that’s incredibly difficult because they’re really addictive! … I’m saying ‘No, come up and be involved in the real world again.’ We’ll add enough context to it, we’ll add enough interesting elements to it that you won’t want to [look away],” said Devine.

At the same time, he doesn’t want a future where AR just overloads people with even more information and entertainment. If done right, he said these devices can enhance our lives in “very subtle ways.”

Above: Magic Leap One is the creator edition of the new augmented reality system.

Plumer has similar aspirations about using immersive technology to help society. While he’s excited about the potential of VR, he said he was also “scared to death” about its potential to divide people, partly because of how isolating most VR apps and games can be.

That’s why The Void only builds social experiences, something that you can share with friends or family. The company is also looking to branch out into educational projects, which he said can offer a “whole new way of studying and learning.”

“We’re dealing with a very powerful piece of technology across all these different mediums. It’s very responsible for us right now to be thinking down the road about those sorts of things and how we can hopefully do more things for good,” Plumer concluded.