GamesBeat: How do you mitigate this?

Labovitz: As I say, we have pretty broad coverage. Our customer base includes a large cross section of the major game companies, as well as providers, in North America. The game companies do two things. We work with them on traffic engineering and visibility. We can detect unusual spikes, unusual shifts in traffic. We also work with devices on the network, particularly — a lot of our focus is not on third-party devices, that Palm Pilot world, but we’re working with a lot of the router vendors. Nokia, of course, is a big focus there, but we’re also working with other providers that do the plumbing of the Ethernet.

Deepfield’s big idea, instead of what we used to do when security was something you added to the network, we’ve been working with all of these providers to make sure it’s built in. Every bit of networking device has the capability to block and to filter. We’re working with them to build these blocking capabilities, to build this intelligence in the network, so we can accommodate this huge explosion of devices and bandwidth over the last few years.

GamesBeat: I’ve written a lot about semiconductor companies like ARM that are trying to build trust networks and physical hardware security for IoT chips. Is any of that helping yet? Or do we have too many unprotected devices already out there?

Labovitz: I’ve never won my battles against the moles in the backyard, and that’s never going to happen on the Internet. We’re never going back. Pandora’s box is open. Just as an example, do you know what’s the most popular domain name on the Internet as far as DNS queries?

Labovitz: Nope. It’s not Google or Facebook either. The single most popular thing queried on the Internet is time.netgear.com because eight years ago, a bug was introduced into the firmware of routers, where devices would make regular queries well beyond anything they really needed to do to set their time. That bug was fixed long ago, but what’s fascinating is that it’s still by far the most popular thing queried on the Internet. That speaks to how hard it is, once firmware gets out there — the changes of that getting permanently fixed, it’s like a radioactive half-life. We’re stuck with it forever. 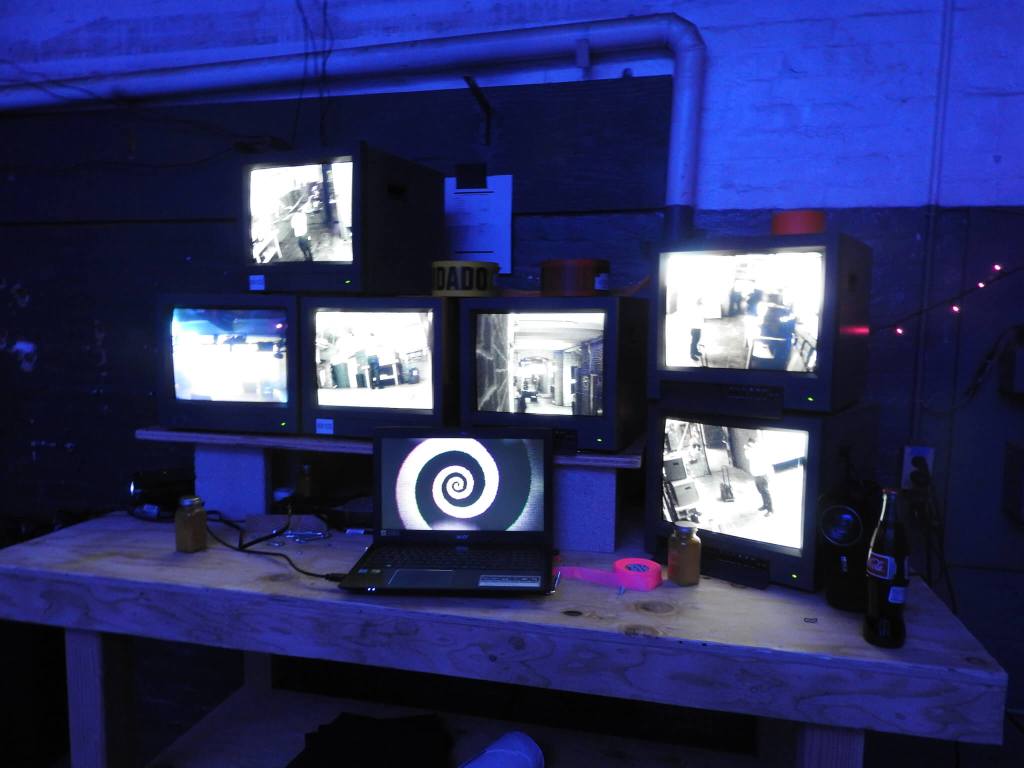 GamesBeat: As far as game companies go, are they collectively addressing this in some way? Do they have their own security conferences or other signs they’re approaching this as a group?

Labovitz: Certainly, there’s a very tight security community. It’s not very big. All of us know each other and travel in the same circles. There’s a lot of collaboration. It’s not just the game companies, of course. Whether you’re a game company, a financial company, or one of the ISPs, security crosses all of those. There’s a lot of interaction as we push on initiatives and share information about the threats we’re seeing, as well as working with vendors like Nokia as we work on solutions and try to implement them.

We spend a lot of time talking to different groups and working with different parties. I’m not aware of a specific security organization just for gaming, but certainly, there are a lot of discussions, a lot of engineering meetings. It’s a fairly small community, and it works together.

GamesBeat: As far as other problems besides DDoS, what do you see in security that relates to games?

Labovitz: I can only tell you about what we deal with. I read articles about other things, like loot box fraud, but the problems we deal with in the market, what I personally interact with — it’s just keeping everything running as this stuff continues to scale. Keeping it running, keeping the latency and performance up. Part of that is blocking DDoS, but it’s also just managing the complexity of traffic.

It used to be that whenever you went to Netscape.com, you went to a single server. Today, if you play a game or watch a video, a lot of infrastructure needs to work together from different game servers, different telemetry servers, and content distribution. Power has come at the cost of complexity. Traffic comes from a lot of places. Lots of things go into playing a game. Managing that traffic as it makes its way across the Internet, having the real-time visibility into quality so that as things shift, you can adjust, and, of course, having real-time visibility into DDoS and security. We really help with all of that: just managing stuff, keeping it up and running, and maintaining basic levels of quality in the experience.

GamesBeat: When you do that, are you interacting directly with game companies, or do you work through intermediaries like Amazon or other games-as-a-service vendors?

Labovitz: We do a little bit of both. We do have direct companies we interact with that are game companies. 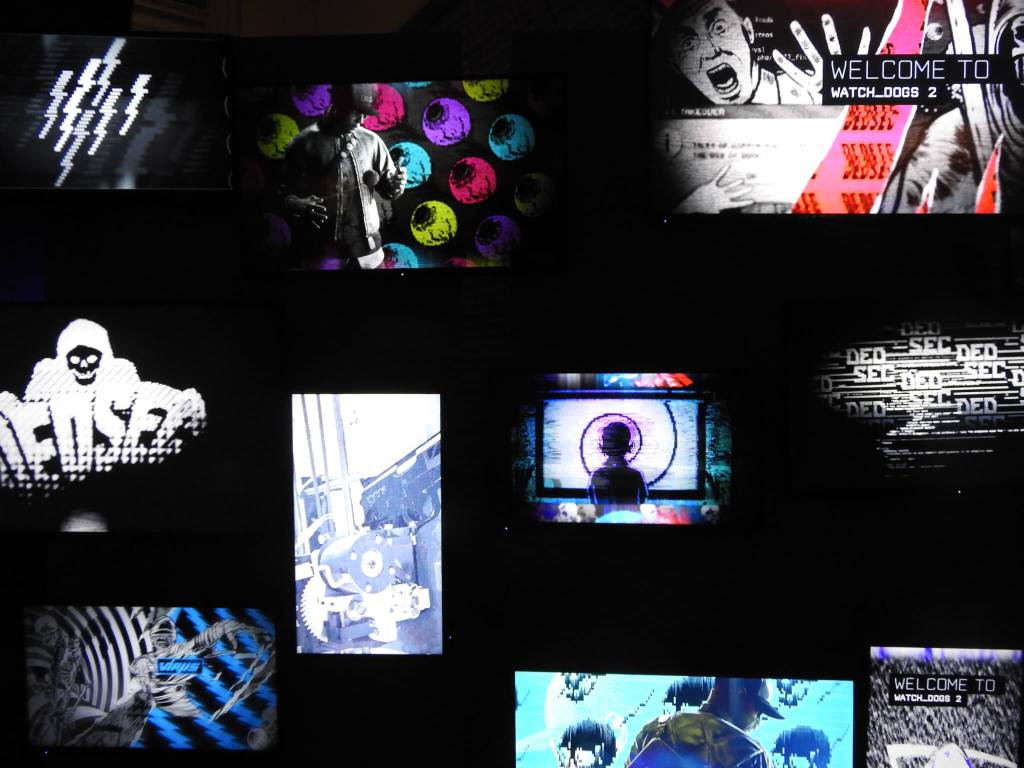 Above: Hacktivist culture is at the Center of Watch Dogs 2.

GamesBeat: Do you have some predictions on this front? It seems like it can only get to be a bigger and bigger problem.

Labovitz: I’m lousy at predicting the future. Like I said, in 2010, I predicted that DDoS was over. I left my previous DDoS company thinking we were done. But I can give you some predictions with that in mind.

I don’t think we’ve made the advances we need to in terms of figuring out how to secure servers, how to secure IoT. I don’t think we’ll win that. There’s no magic bullet. We’ve been trying to win as far as protecting PCs and protecting servers for 30 or 35 years. It hasn’t happened yet. It’s not likely to happen any time soon. We’re seeing new threats even at low levels. The threat will continue to grow.

My main prediction is we need to be able to build this stuff into the network itself. You mentioned ARM and others. We’re seeing significant advances in the basic chipsets. Nokia makes our own hardware, so we like to think we’re ahead of the curve, but we’re seeing even some of what’s called merchant silicon, the commodity chips market. They’re a little bit behind, but we’re seeing a lot of advances in merchant silicon as well.

I have high hopes that if we can build this into the network, if we can make sure the hardware advances continue, and if security isn’t an afterthought but really starts to become a part of how we build everything, we can have a chance of improving or at least maintaining the status quo. I don’t know if we’ll ever win.

GamesBeat: I had a couple of questions about streamers. A few years ago, there was a streamer who became very popular broadcasting on Twitch, and he was followed by a bunch of DDoS attack groups. They had a sort of sparring conversation. He would go play a game, and then, the attackers would take down that game while he was trying to stream and repeat the process every time he started a new game. People would watch this, and the audience got bigger and bigger as the day went on. Every game he tried to play, the attackers took down. Some of these streamers have enormous audiences now, with hundreds of thousands of concurrent viewers. I wonder if there’s a way they have of protecting themselves now.

Labovitz: That’s another big thing. Like I say, there are two types of attacks we see. You have attacks against servers and then attacks against players or even streamers. Previously, I think most of the focus was on the servers, higher up on the network. But we’re seeing the volume of malicious traffic — and a lot of that is DDoS — becoming so large that it’s a performance win if your provider can automatically block this traffic when it first enters the network. We’re starting to see carriers — including probably your provider because we’re working with a lot of the U.S. providers — who are trying to add these capabilities for blocking traffic before it ever enters the network.

Going back 5 [to] 10 years, DDoS protection was so expensive that it was just the big banks and a handful of other companies that were purchasing it. Of course, those numbers have come down. You can protect web pages. But the cost of protecting your business traffic or your traffic at home is still prohibitive. Sometimes, that’s not even technically available.

What we are seeing, though, is DDoS protection going from something you add to the network to something that is available, that’s already in place for every customer. It’s just part of the network. We’re starting to see the buildout of infrastructure and capability to block DDoS everywhere in the network, and that capability could be available, whether automatically or for a fee, to every home user and every business. We’re seeing DDoS go from something available to dozens or hundreds of companies to something that’s available to everyone as the problem has become more significant [and] more ubiquitous.

As I say, this has taken a while, but we’re finally seeing a convergence of technology and incentives. This stuff is cyclical. Back in 2010, I thought we had won. Then, the world changed on us. In hindsight, the ways it changed are obvious, but hindsight is always obvious. We’re starting to see more capabilities built into the network, and that’s quite encouraging.