In preparation for the January press conference in which President Barack Obama would issue his executive orders concerning gun regulation, Vice President Joe Biden met with representatives of several games companies, many of whom make the military shooter-themed games repeatedly indicted in “debates” on causes of gun violence. Initial reaction was extremely apprehensive, the industry norm following the 1999 Columbine tragedy, which launched an entire generation of scholarship dedicated to linking video game use and violent behavior and created the recurring trope of gamers as potentially dangerous sociopaths.

The industry has long been haunted by the lazy, causal link between video games and mass murder. The defenders of the industry are acutely aware that as long as video games dominate conversations of national violence, there is no reflection on the culpability of state and corporate sponsored real violence. Instead, virtual violence became a diversionary tactic to avoid such a discussion — the perfect parent-scaring, ratings-grabbing scapegoat. But this has produced a grievous lack of introspection within the industry. Industry defenders wholesale reject any connections between games and gun violence, cutting off internal industry criticism, while, simultaneously, the developers they defend flood the market with the very image the industry is trying to condemn: the white male shooter. White men with guns are everywhere in video games, across all platforms and genres. This industry standard of dismissing its own complicity in gun-violence combines with a similar media standard of privileging white male violence – creating a dangerous, racist double standard the video game industry must confront.

Researcher and game designer Daniel Greenberg, in an Atlantic piece, says the gaming industry must include internal criticism as part of its defense against media mischaracterization: “Why don’t more people in the games industry … defend our work? So many stories that ran on TV and in the press were one-sided because they lacked … industry response. But rather than calling for a full-throated defense, many in the industry surprisingly called for further disengagement.” Given the media’s misinformed commentary driven coverage following Columbine, industry reticence is perhaps understandable but Greenberg warns disengagement will only further damage gaming’s public image: “the public is bound to view…isolationism as a tacit admission of video game culpability in real-world violence.” The industry itself needs to lead the charges for more research, not as an act of contrition, but because countering scapegoat narratives circulating in the media requires factual evidence.

Certainly internal industry criticism and defense is key in renegotiating the industry’s public image, but Greenberg, newsmedia and the nation at large continue to obscure the white male shooter. Author David Sirota discusses this in a Salon piece, asking “Is it time to profile white men?” Sirota reasons that “because most of the mass shootings in America come at the hands of white men, there would likely be political opposition to [profiling white men] because as opposed to people of color … white men … are the one group that our political system avoids demographically profiling or analytically aggregating in any real way.” Sirota’s piece continues by saying conversations on gun violence should be afforded the proper complexity by including mental health and media violence as factors, but these topics arise only to obscure the privileged status of white male violence: “The demographic at the center of it all is white guys…the one group that gets to avoid being [profiled], which means we are defaulting to a … conversation [that] treats perpetrators as deranged individuals, rather than typical and thus stereotype-justifying representations of an entire demographic.” White male violence, and only white male violence, must be explained via external reasons, never internal.

Clinical psychologist Christopher Ferguson said as much in a Forbes interview in 2011. Ferguson told Forbes: “There’s a certain type of racism in place with these killings. When shootings happen in an inner city in minority-populated schools, video games are never brought up. But when these things happen in white majority schools and in the suburbs, people start to freak out and video games are inevitably blamed.” Video games serve as prime scapegoats because so many white men play them and they fit a narrative that centers discussions of white male violence on external causes.

It’s a narrative this industry both encourages and benefits from. White male violence is omnipresent in the industry across genres and platforms, and assertions such as Greenberg’s fail to address industry complicity in this double standard. The next time you stand in any retail outlet selling video games, count how many box covers are variations of a white man holding a gun.  Count how many games, regardless of story or design, center on a white man rewarded for violence. The first person shooter genre is especially notable here for consistently topping year end worldwide sales charts, moving millions of copies and saturating consumers with images of the white male shooter.

This image is key because even moreso than television or movies, everything in a videogame is intentional. Games are created from the ground up by (overwhelmingly white and male) publishers, engineers, illustrators, marketers, programmers and designers. The omnipresence of the white man with a gun is not incidental, it is purposeful. The industry purposely adopted this cultural meme, benefiting from the norms rationalizing white male violence, using it to increase their games’ sales and social acceptability.

None of this is to say the gaming industry is either causing or condoning gun violence. Instead, it is to say that it benefits from a racist cultural norm that itself obscures the potential causes of gun violence. Greenberg is right to call for transparency, research, and internal criticism from the industry, but an unraced, ungendered, nonstructural examination will be ineffective in uncovering either real or virtual linkages to violence. Certainly, the current media climate isn’t conducive to industry introspection, but video games are in the unique position of reversing the timbre of the “national conversation” on gun violence by being the first entertainment entity to both acknowledge and question a pervasive double standard with clear connections to real-life gun violence. 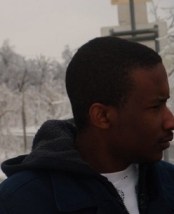