When Hitman maker IO Interactive cut loose from Square Enix, it was no surprise that Warner Bros. Interactive Entertainment (WBIE) stepped in and acquired the rights to publish Hitman 2 and Hitman: Definitive Edition.

WBIE, a division of the Warner Bros. film company and a part of the Time Warner empire, has steadily built a stable of ten internal game studios (not counting a back-end studio) across the world across PC, console, and mobile platforms. It is working with outside developers such as Jam City on the Harry Potter: Hogwarts Mystery mobile game.

David Haddad, president of WBIE, is in charge of running those studios. I caught up with Haddad at the Electronic Entertainment Expo (E3), and we talked about his optimistic view of games, the state of E3, and Warner’s slate of upcoming titles such as Westworld Mobile, Hitman 2, Lego The Incredibles, and Lego DC Super-Villains.

Warner’s portfolio of studios and brands is so big that it pretty much always has a steady supply of games to show off at E3. Here’s an edited transcript of our interview. 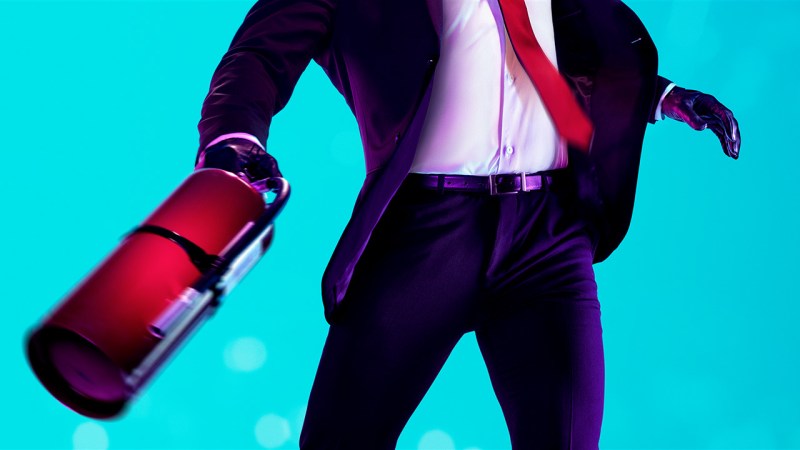 GamesBeat: What do you think of E3?

David Haddad: It’s a great time to have talented development studios thinking about how to keep fans engaged. It’s a great time to own big, durable game franchises as they live longer in a life cycle, engaging consumers longer. For E3, as you know, Warner Bros. has a seat on the ESA board that manages this. The cultural relevance of E3—I haven’t seen all the numbers yet, but more than [69,000] people attending, 15,000 of which are consumers. But most important, the record amount of streaming happening from the show, the record amount of fandom syndicated around the world. The complexion of people deciding to come to the show. It’s great to see, as an industry, that it still has this cultural relevance.

GamesBeat: The conversion from a retail show is pretty complete, it seems like. Now there’s a lot more immediate gratification happening. A bunch of companies are saying, “And you can download it now!”

Haddad: Exactly. I’m still interested in thinking about how to get the mobile gamer even more into the show. As you know, we have a growing portfolio of mobile games. We have two big games, Golf Clash, the 15th highest grossing game right now on the App Store, and Game of Thrones, top 50 and moving up the charts very quickly. With millions of daily active users in our mobile business, how do we make the show more relevant to them? Even our own presence here is still focused on the games we have yet to ship this year, versus the games that have millions of active players every day. As a company and as an industry, that’s something we still have to think about. Some of the events that you saw here that were fan-centric are interesting models to think about.

GamesBeat: Somebody pointed out to me that it’s great to drop a surprise like Fallout Shelter in 2015, but then they did no soft launch. It was pretty risky for a mobile game.

Haddad: Westworld, you’ve been covering it. It’s been in soft launch. We believe it will be in the market soon. It’s a chance to get it right. For Warner Bros., we’ve tried since the start of Warner Bros. Interactive—we’ve committed ourselves to quality and articulated that it matters to us. Games in soft launch are part of getting the quality in that experience. It’s hard to be breaking news and also be great in mobile. We’re happy to capture that attention for just the week of E3.

GamesBeat: It sounds like everyone’s learning how to play—I don’t know what it is. The social media attention game.

Haddad: That’s true for gaming in general. These great games, mobile and console, are built for long-term engagement. The greatest games continue to be played. Trying to be a new entrant, a new release in that environment, where gamers are so invested already, either with their friends or with a virtual currency or just with their time and expertise—finding a way to grab a share of their time is one of the biggest publishing challenges all companies have today.

GamesBeat: Hitman, the last game, had some very experimental ideas. Do you feel like getting back to a more traditional release format is good for that franchise?

Haddad: I think this fan is looking for a traditional launch with a great amount of content, new locations they can go to, a co-op multiplayer component added to it. We’ve gotten a good reaction this week to the approach we’ve taken. We want to make sure gamers understand our commitment to a full release, both from a studio point of view and a publishing point of view. That news is getting out and the fans are excited about it.

One of the things we admired about that studio is that they’ve been able to stay close to their fans and nurture them. We respect that so much, having a franchise—it’s like Mortal Kombat, holding on for 25 years. How do you make it more exciting and more valuable for the fans decades later? That’s not easy to do in entertainment. I’d argue that many franchises traditionally aren’t bigger in their 25th year. You have the natural cycle of launch and decay and newness. When you find teams that can do that, it’s very special. We think we’ve found that with IO.

Haddad: That’s under license from us. They had a tremendous launch. Going strong. I think it validated the worldwide fanbase. They’re interested in engaging this brand, in gaming at large and specifically in mobile. It continues to do well.

GamesBeat: The Incredibles is getting a lot of buzz for the movie.

Haddad: Yeah, the game launches tomorrow. We’re excited about it. We find that there’s a correlation. We’ll be largely day and date with the movie and the game, although the international release schedule of the movie is somewhat staggered. We’re really pleased to be able to bring, for the first time, Incredibles to Lego and to gaming. We’re excited about how the movie seems to be tracking.

GamesBeat: Are you still in a mode where you’re loading and reloading, as far as big launches go? Is that the pattern for you year to year?

Haddad: Yeah, I guess? Not exactly the words we would use, but—we don’t have any annualized franchises in our slate on the console side. What we do focus on, in mobile or console, is just launching a game and then having a long tail of engagement, content that continues to release. In the case of mobile, events and live services and new content and new features. We’re trying to get the most out of our launches by keeping it long term and durable. Lego is a kind of annual franchise, but the individual IPs aren’t.

GamesBeat: What was interesting to you guys about Hitman as a franchise?

Haddad: It’s a great studio, first of all. It’s a storied franchise with 20 years of history. The energy and enthusiasm and creativity of that team really impressed us. We thought we could make a big impact as a publishing partner, and so we thought it was a great combination for us.

GamesBeat: What’s your rough number as far as studios and the number of developers you have access to? Are you the level of something like 1,000 development staff? 5,000?

Haddad: Let’s see. Monolith in Seattle, [WB Games in San Francisco], Salt Lake, Chicago, New York, Boston, Turbine, Playdemic, TT, Brighton, and Montreal? New York is a back end studio, not a content studio. We’re probably somewhere in between those two numbers. Thousands of people. We’re in the process of building a new studio in Brighton that’s going to be focused on mobile. 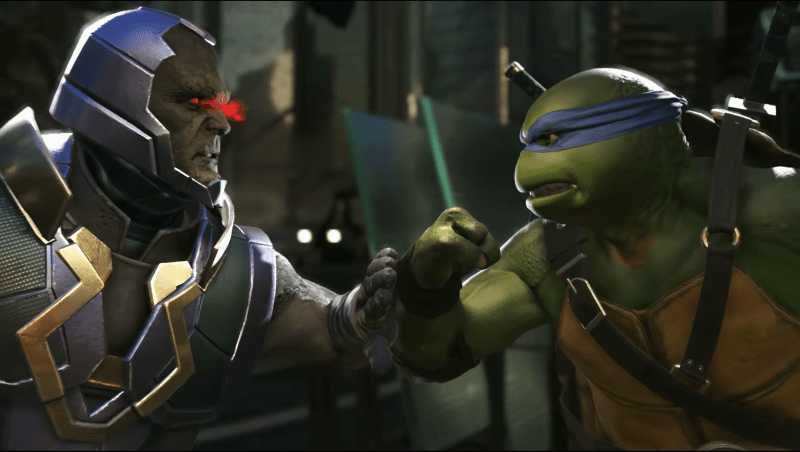 GamesBeat: Take-Two’s Hangar 13 opened an office there too recently.

Haddad: Yeah, we find that there’s a pool of development talent there. One of those studios is a sort of studio that helps enable our back end. They’re not a content studio in the traditional way. But more than ever, the tech stack, whether it’s for publishing or BI or marketing, that you build and serve these games on—as we increasingly move everything to games as a service, the kind of enabling technology you need to keep them hyper-social, to keep them serving well, to keep them engaged, to take the innovations of game makers and deliver them, like the Nemesis system—you’ll see a lot of our investment not just in classic development, designers and engineers and artists, but increasingly in the teams that end up serving live games.

GamesBeat: When Take-Two announced the new Brighton office for Hangar 13, the interesting thing I saw there—they’re part of a label. They’re just one studio. But now the studio considers themselves to be searching for talent worldwide. They have three locations for the one studio, on top of being part of a company that has many studios across a lot of locations.

Haddad: TT has that kind of structure for us. They have multiple locations right now for their studios in the U.K.