When Dominic Guay started working on Watch Dogs more than eight years ago, his mandate was to create a new brand for Ubisoft. The first game which debuted in 2013 was a big success, selling more than 10 million copies.

But it was a somber tale of a hacker’s revenge. With Watch Dogs 2, Guay and his team wanted to liven things up. So they shifted the setting to San Francisco and quickly focused on a theme around hacktivism, which promised laughs via “lulz” operations and rallying around a serious cause at the same time. In this case, hacktivist Marcus Holloway of the hacker group DedSec finds himself in conflict with Blume Corp., which controls the smart city of San Francisco.

I interviewed Guay about Watch Dogs 2 at a Ubisoft press event under the Old Mint building in San Francisco. He said that the plot is complicated and so is the city itself. So Ubisoft saw its role as tossing out the unnecessary parts and focusing on what was really important about the story and the environment. After all, who needs two big parks — The Presidio and Golden Gate Park — when one will do just fine? Just kidding. The net result is a pretty amazing likeness, both in the depiction of the hacker culture and the re-creation of the city’s magnificent vistas.

Here’s an edited transcript of our conversation. The game comes out on November 15 on the Xbox One, PlayStation 4, and Windows PC. 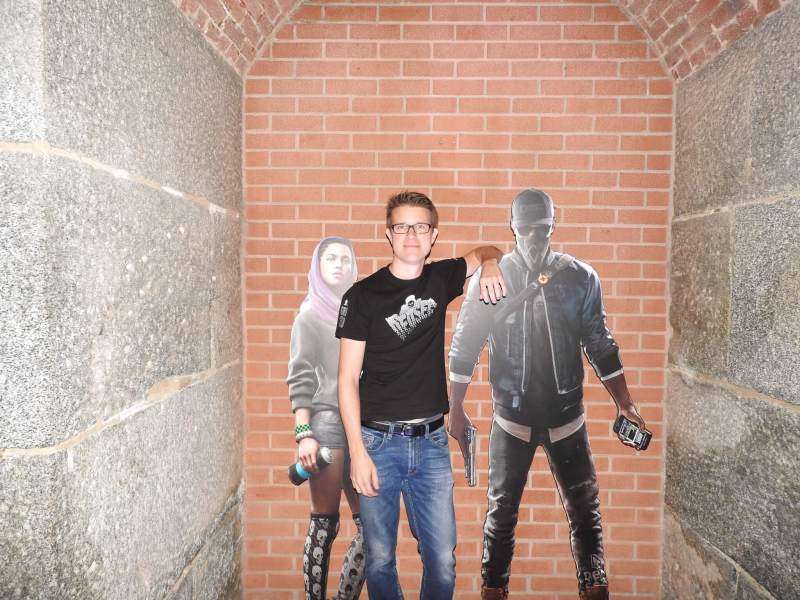 GamesBeat: You were producer on Watch Dogs as well. Did you stay continuously involved in both games?

Dominic Guay: Yeah, I’ve been in this role for almost eight years.

GamesBeat: I’m curious about choices you made around the story and the focus on hacktivism. How close to the real world did you want to make it?

Guay: The first decision we took was to go to the bay area and San Francisco. The fact that Silicon Valley is nearby was interesting. That’s where a lot of the themes we’re looking at are being pushed in the real world — big data, the internet of things, everything that leads to smart cities.

We wanted our main character to be a real hacker, meaning we wanted him to have a hacker’s motivations. First and foremost, he’s smart. We wanted him to be younger. We quickly latched on to hacktivism as a core motivation, the defense of ideals. If you look at hacker groups, there’s a mystery around them that’s an interesting hook for a game.

Big data became a theme we wanted to explore, the idea of all this data that’s captured from the real world around us and used to do predictions. Targeted marketing is the main thing we see in real life, but it can be used for a lot of other things. In Marcus’s case, it was used to frame him for a crime. That sets him off on his quest to expose this corrupted system. 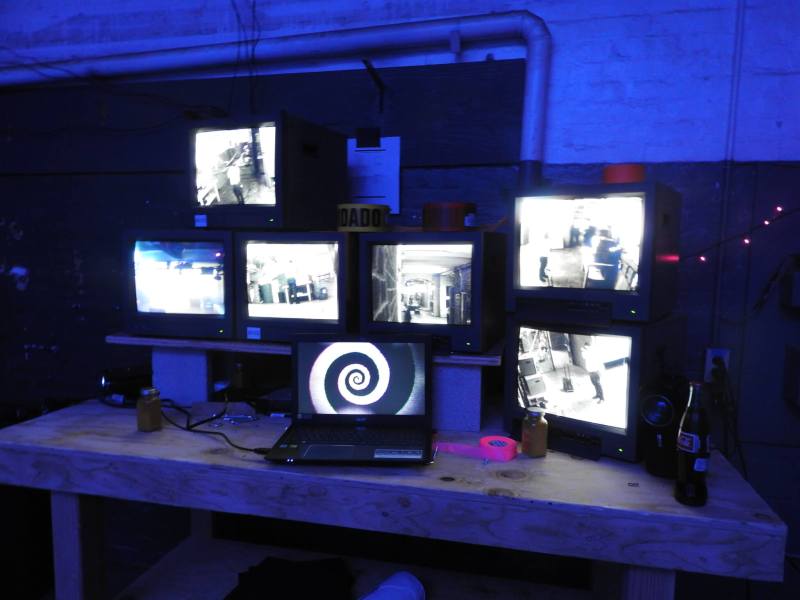 GamesBeat: It must have been interesting to research compared to Assassin’s Creed. Instead of dusting off old books you’re looking at the new in real time.

Guay: Exactly! It’s crazy. Some people have asked us if there’s a recipe for this, what we do to make a story that ends up leading the news. When the first game was announced, it happened to be very close to the Snowden leaks about the NSA and all those things. Surveillance was our core theme in the first game. When we decided to do big data this time, we knew that it was a more complex subject, but we also knew that things would happen. Every week we’d see more stories, because we have full-time researchers. Companies promoting software to predict crimes and other events, or offering surveillance services to all sorts of people. Some that we’d probably rather didn’t have advantage of those services.

Recently we’re seeing a lot of the storylines in the game pop up in the real world. Both parties have been accusing each other of unfairly using social media to try and influence the American presidential election. In the game we actually have a quest line where a politician is working hand in hand with a social media company — not just to find out who will vote for who, but to steer and manipulate voting through what people see. Maybe that’s not happening yet in the real world, but it could be. That’s what we’re looking at.

Guay: Right, but I don’t know if any evidence has come out about doing this in particular. As I say, we’re interested just because it could happen. We want to make sure the things we’re talking about could happen. Is the tech there? We have consultants who’ve validated every hack we’re doing, every technical aspect in the game, even our gameplay mechanics. In the game, when we show code or anything technical, we make sure it all reflects something real.

GamesBeat: You also had to throw in a lot of fun things, things that are a little more imaginary. Is there anything that you’d say probably won’t ever exist?

Guay: The big thing we do — a hack that might take a month in real life, something you’d only pull off once, you can do it with the push of a button here and repeat it over and over. That’s clearly a stretch we make. We want players to experiment and have fun and be creative with hacking without having to do all the boring stuff, the months of coding work.

We justify that with ctOS (the city operating system). We say this whole system is all linked together and you have an exploit for it, so once you’re in, you’re in. But that’s more of a game conceit. We like to say we don’t want to represent the challenge of hacking so much as the creativity of what you can do with it.

GamesBeat: How much of a point of view did you come across in the process of all this research? Would a hacktivist like this be more of a hero or an anti-hero?

Guay: Hackers can have various forms of motivation, bad and good ones. Hacktivists fall in a gray area. It depends on what they’re trying to do, who they’re funding, what they’re exposing. Exposure is often the key to what hacktivists do. They reveal something with purpose, like Marcus does with DedSec. In our case he’s dealing with a super-corrupt establishment, especially as the game story advances and the stakes get higher. You’re dealing with people trying to rig elections and manipulate society on a massive scale. In that context, Marcus is on a path that’s easy to identify with. I don’t think you can judge a hacktivist as good or bad without knowing what he’s trying to achieve.