The Batman trilogy will likely go down as one of the best superhero video game series in history. And after four years in the making, the fourth part of the Arkham series debuts June 23 for the PlayStation 4, Xbox 360, and the PC.

This Batman is one of the flagship releases coming this year from Warner Bros. Interactive Entertainment, the game division of the big entertainment company. And for the first time, Warner Bros. is the biggest game publisher in North America thanks to sales of its Mortal Kombat X and Dying Light games this year. 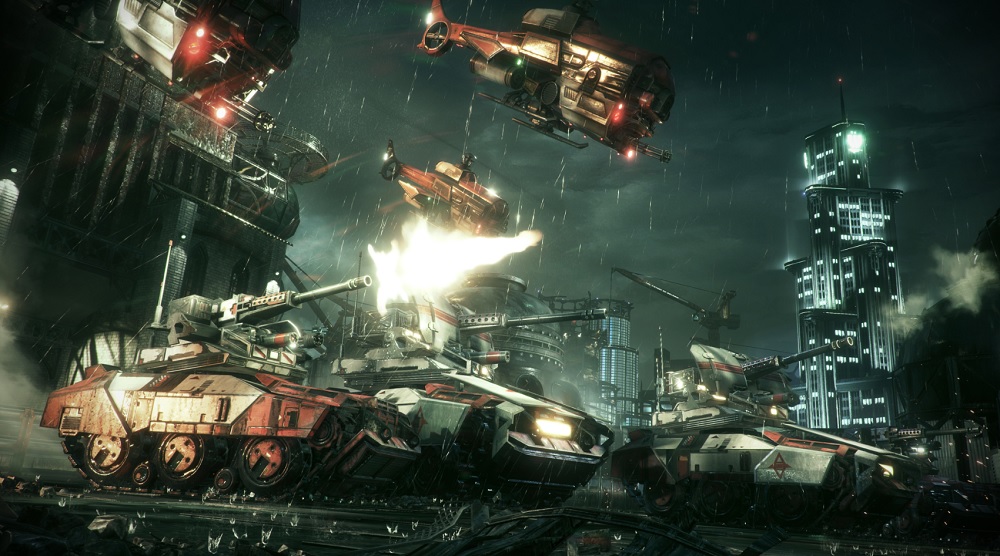 GamesBeat: How does it feel to get to almost shipping?

Guy Perkins: It’s exciting. It’s a huge undertaking. It’s been a long project. We’re very nearly there. It’s been almost four years. It was after the end of Arkham City that we were pretty much into production on Arkham Knight. 2011, so four years. It’s a long journey, but definitely worthwhile.

GamesBeat: What was the goal coming out of Arkham City?

Perkins: It was kind of to evolve that experience, to create – in Sefton’s words – the ultimate Batman simulator. We wanted to give players that feeling that they were Batman at the peak of his powers, ruling the streets of Gotham, and coming head to head with this ultimate threat in the form of Scarecrow and the Arkham Knight. It was about the experience they’d had in Asylum and City, merging those together and adding more to it. Giving players access to things they hadn’t before, the Batmobile being the big innovation we talked about last year, and then using the entirety of Gotham City to support that gameplay.

GamesBeat: What changed with all the PlayStation 4 and Xbox One hardware?

Perkins: Scope. We were able to build out Gotham and do that in the immense, rich detail we had in our previous games. We were able to bring the Batmobile to life. We were able to add more tech — in terms of lighting systems, for example. Just trying to create a beautiful game world for you as the player to enjoy. We wanted you to feel like you weren’t missing out on anything.

GamesBeat: Did you have to reset much to get that right?

Perkins: There are always stages of the project where you think, “Are we being too ambitious? Are we trying to do too many things?” The decision was made very early that we would be using the new hardware, though. That was the key moment in terms of, “Right, that allows us to do way more than we were able to do before.” It’s not to say that’s been plain sailing. We’ve had to look at our tools and tech and understand what we can and can’t do. But I think we’ve done our best to create this amazing, rich world with awesome gameplay mechanics.

GamesBeat: Did you have a story in mind early on, an expected third part of the trilogy?

Perkins: Sefton Hill, our game director, he always had a vision for a story in three parts. We started that ball rolling with Asylum. I guess that was our toe in the water with the Batman franchise, seeing what we could do with it, and then once we knew that we were on the right path, it was a question of how we’d elevate that story. We had the move to City, with the open world experience and the multiple narrative threads going through there that built from Asylum. Now we’re hopefully concluding those stories and giving players some endings to those threads that they weren’t necessarily expecting.

GamesBeat: What did he mean when he was saying there was almost a random collection of criminals in the previous games, and that this one is much more unified?

Perkins: In our previous games, the rogues were working to bring down Batman, but more concerned with their own agendas. They had this chaotic situation where there was a lot of infighting and stepping on each other’s toes. One against many was always going to be a challenge, but really, the Joker’s presence in Asylum and City was very destructive and disruptive as far as how those criminals were working together to take down Batman. He was this mischievous character that was kind of ruining it for everyone else, even though they wanted the same thing.

With his death in Arkham City, that kind of power vacuum has been filled by Scarecrow, who’s using his intellect to say, “Look, if you work with me and we work together, you can still achieve what you want as individuals, but we can bring down the Batman and be rid of him once and for all.” That unification comes through, everyone wanting the same thing and no one being there to disrupt that.

GamesBeat: So Batman dies in this one?

Perkins: It’s the epic conclusion, so. … 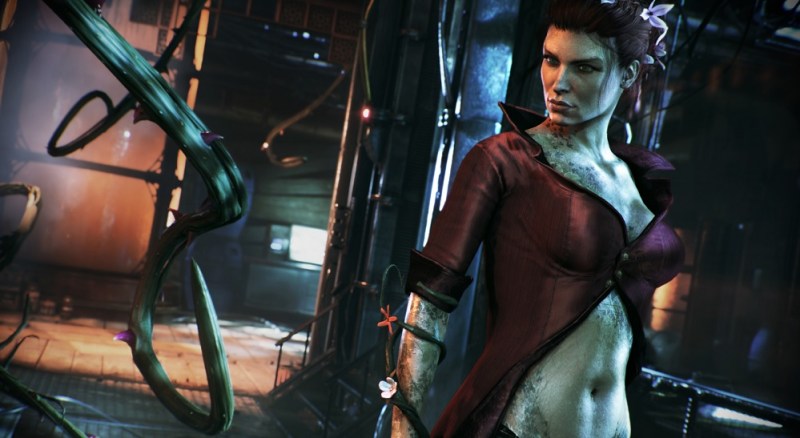 GamesBeat: With all the gadgets, it seems like you can solve basic problems in a lot of different ways.

Perkins: We’ve tried to give players more options, but also to still have that core idea of—When you’re presented with a puzzle or a combat scenario, we’re encouraging players to think, “What would Batman do? How would he approach the situation?” In some instances there are multiple solutions. You could go charging in, all fists blazing, go toe to toe with all the bad guys, or maybe you could go in with a more stealthy approach. Or use the Batmobile. Or not use the Batmobile. We’ve given you this suite of tools. Sometimes there’s only going to be one solution, but we’re trying to give players options to use all of that stuff.

GamesBeat: How do you also make it maybe more spectacular than the last one? What do you think people are going to notice?

Perkins: We’ve tried to overhaul as many things as we can. We’ve added more animations and more moves to our free-flow combat system. We’ve changed the way the side-stories are integrated into the main quest. You don’t necessarily have to go somewhere to pick up a story. You’ll naturally come across this stuff as you go around Gotham. We’ve obviously changed the bat-suit. We have the car. We’ve added more where we can without ruining that core experience, the design that worked so well in our previous games.

GamesBeat: In your previews so far, how much of the game have people seen, including today? It seems there’s still a lot more you haven’t shown off.

Perkins: We’re keeping our cards close to our chest. We’ve shown some story elements previously. We’ve talked about certain things. Today was about the breadth and depth of the gameplay variety you have in Arkham Knight. But it’s only a small slice of the whole.