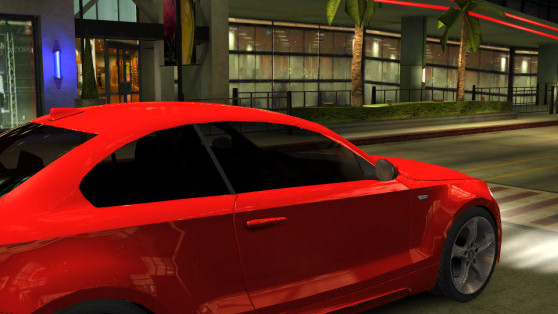 Retention is the foundation of the free-to-play model. If retention metrics don’t hold, a free-to-play title won’t make money. Conceptually, this makes sense: Lifetime Customer Value is a function of time spent in-game (lifetime) and money spent in-game (value), and most users won’t do the latter until they’ve invested some minimum amount of time into it.

The problem with retention metrics is that they can’t be easily “fixed” through development iteration. Retention is a proxy for fun, and fun is binary: A game is either fun or it isn’t. Short of being able to quickly fix retention, a developer is well served by understanding why her game is bleeding users. This article will identify three reasons why your free-to-play users aren’t coming back. 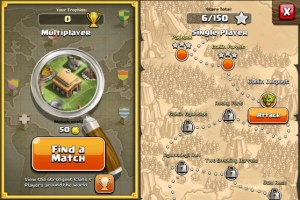 Above: Supercell’s Clash of Clans combines elements of real-time strategy with asynchronous player-versus-player gameplay to create a unique gaming experience.

Some free-to-play developers think a user’s scarcest resource is money, which is a mistake. If a user is playing your game on an iPhone, iPad, or a high-end Android device, she has disposable income to spend on entertainment. A user’s scarcest resource is her time, and if you don’t communicate to her that your product is of the highest quality and worthy of that investment from the very first game session, she’ll delete it.

Your game needs a “quality hook” — something that allows the user to immediately discern that it was professionally built and not the product of a few crates of Mountain Dew and three weekends in a basement. Most of the time, this is done through graphics that have been obsessively perfected, but it can also take other forms: realistic physics, a new gameplay format, or elements of the real world convincingly and authentically integrated into gameplay.

You don’t give the impression of deep gameplay

Back to the scarcity of time: When I download a new game, I won’t invest any time into it unless I think it’ll provide me with entertainment for months to come. If your game doesn’t give the impression of a long lifetime of rich gameplay, a user won’t take a gamble on it. Free-to-play gamers are looking for a relationship, not a one-night stand.

Players will see the potential to play a game for months or even years through a geometric pricing curve and an extensive product catalogue. The worst way to communicate deep gameplay is by not having anything but renewables or one-off upgrades. Users want to return to good games, but they want to feel that their time is being rewarded with new, ever-richer experiences. Free-to-play gamers won’t give your game the benefit of the doubt – deep gameplay must be communicated early and acutely. 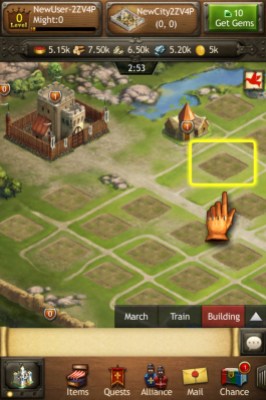 Above: Kabam’s Kingdoms of Camelot appeals specifically to hardcore players with its complicated tech trees and intensive resource-management mechanics.

Your game is trying too hard to appeal to everyone

Gamers have distinct tastes, and there’s a big difference between a farm simulator and a shooter. Stuffing gameplay elements from every genre into your game won’t endear you to all gamers; it will merely obfuscate the value proposition to your target demographic and make your game look schizophrenic.

The best games focus on a single core gameplay mechanic and build a rich experience around that. If a player can’t quickly ascertain your game’s core experience without being distracted by multiple gimmicks, then she won’t play it again. Players need to understand what exactly they’re getting good at through progressing in your game: Are they becoming more accurate at shooting? Are they improving their timing in fighting? Are they becoming shrewder in their command of in-game resources? If this progression isn’t clear, players will have a hard time becoming engaged with your game.

Free-to-play gamers aren’t to be taken for granted; the fact that a title is free doesn’t mean players will tolerate bland, uninspired gameplay from it. When your game is first launched by a player, it is competing not only for her time but also with every other free-to-play game that she could download almost instantly.

Low day-one retention indicates a failure to communicate the points outlined above, but it also indicates that players, for any number of other reasons, simply don’t like your game. And short of a glowing recommendation from a close friend, that perception is almost impossible to reverse.

Eric Seufert is the head of marketing and user acquisition at Grey Area Labs, the Helsinki-based mobile developer behind Shadow Cities. He blogs regularly at ufert.se.