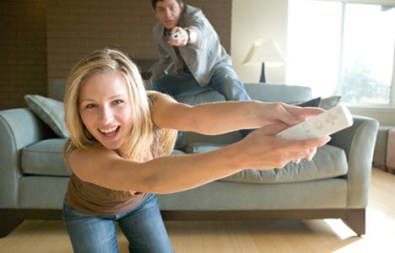 Nintendo has gone from worst to first in consecutive console releases, with Sony doing exactly the opposite this generation. A closer look at collective data released by the NPD Group, the official tracker of U.S. video game sales, reveals the stark reversal of roles.

By comparison, the PS3 sold 6.79 million units in the U.S. during the same initial 26-month period, compared to 6.75 million GameCubes, which finished a distant third last generation and forced Nintendo to rethink how it sold video games. Microsoft, for its part, sold 9.2 million Xbox 360s in the U.S. in its first 26 months, trailing Nintendo in a faraway second by a margin of 2 to 1 — the same position the company held last generation. But Microsoft has improved its fortunes: its latest machine sells 18 percent faster than its predecessor, according to NPD figures, and even turned a profit, something the original Xbox never did.

Worldwide numbers will likely follow the same pattern — as it did last generation — but reliable numbers are hard to come by.

While good news for Nintendo, all is not lost for Sony. In the previous generation, the GameCube was profitable for Nintendo, even if it failed to meet expectations. And it was home to dozens of well-received games. What’s more, the PS 3’s graphics are so good that the machine is expected to have a longer shelf life than the GameCube. Lastly, it is quite possible that Sony will have a profitable generation with the PS 3, since the game audience as a whole is much bigger now than in past generations. That means this larger audience can sustain three profitable console companies.

But the chances of the PS3 making any kind of comeback are becoming increasingly remote, if not impossible, because — let’s face it — numbers don’t lie.

This is the first VentureBeat story by Blake Snow, a freelance writer covering video games. You can see his bio here.