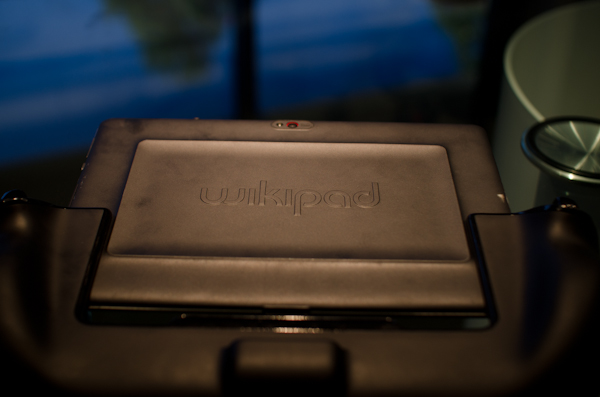 Wikipad, the company developing an identically named tablet that will ship with an attachable gamepad for console-style gaming, has revealed the specifications of the device in an exclusive interview with GamesBeat.

The Wikipad (tablet, not company) will have a 10.1-inch IPS display with 16:10 1,280 x 800 resolution. The actual tablet will weigh 560 grams and be just 8.6mm thick, making it one of the thinnest and lightest 10″ tablets ever, only slightly thicker than the iPad 2 and nearly 40 grams lighter. When the Wikipad was first shown at the Consumer Electronics Show earlier this year, it was a 7″ tablet that was more similar in design to the Amazon Kindle Fire.

The final design model, which the company revealed to us at a design office in Thousand Oaks, Calif., will feature the NVIDIA Tegra 3 T30 1.4GHz quad-core processor with 1GB of DDR2 RAM. For comparison, the recently released Nexus 7 uses the T30L, which is a 1.2GHz quad-core processor with a 416MHz GPU (compared to 520MHz on the T30) and slower DDR2 RAM (667MHz vs. 1066MHz), and the ASUS Transformer Prime Infinity 700 and upcoming Ouya will use the more powerful T33, which clocks at 1.6GHz and has bandwidth for faster 1600MHz DDR3 RAM.

The Wikipad will also ship with at least 16GB of internal storage, though the amount of local storage hasn’t been finalized as of yet. However, according to Fraser Townley, President of Sales at Wikipad, “we will not go down, we will only go up.” 16GB is the standard amount of storage for tablets today. 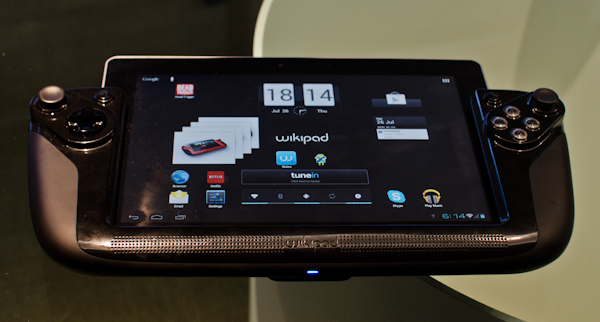 The battery is 23.46Wh, capable of six hours of continuous gaming and eight hours of video playback.

Instead of tapered edges, the Wikipad will have flat sides similar to the iPhone 4/4S. The rear panel will also have an elevated plastic lip designed for a better grip in any holding arrangement. This also enables the speakers on the back of the tablet to bounce off of any flat surface and deliver strong acoustics.

Every Wikipad will ship with Android 4.1 (Jelly Bean) and the controller add-on. The controller, which connects to the Wikipad from the bottom with a proprietary connector, is designed similar to the Xbox 360 controller, though according to the company there is little relation to Microsoft’s nearly seven-year-old design. The controller features two sets of triggers, bumpers, and analog sticks, as well as four face buttons, start, and select. The controller is also designed to cover the speakers and flow sound through acoustic tubes out the front grill for better audio performance. The controller also has a port to connect it to a power source on the back.

Finally, the Wikipad will not ship the first line of the tablet with a 3D display, which the company originally showed off at CES. Future models may ship with a 3D display. The Wikipad doesn’t have a definite release date yet, but according to Wikipad President James Bower, it will release later this year, and the company will reveal much more regarding the tablet in the very near future.