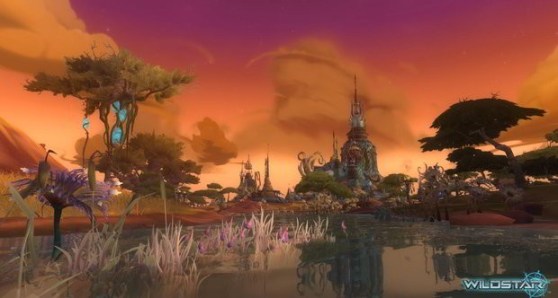 Many triple-A massively multiplayer online games (MMOs) seem to lean toward a more serious tone, with no shortage of scantily clad female elves running around and bashing things with epic axes twice their size on an epic quest to save the world from an epic evil. WildStar, the latest MMO from publisher NCsoft (Guild Wars 2) and developer Carbine Studios, is going for something a little different.

After a few hours of hands-on time at a recent WildStar preview event, GamesBeat sat down with lead narrative designer Chad Moore to discuss the game’s emphasis on humor and how the team tapped the spirit of Pixar when creating an epic universe for a broader audience.

“As a company, we talk a lot about personality,” says Moore. “It was important to us that WildStar had something different from almost any MMO or any MMO at all that’s been released up to this date. It doesn’t necessarily have to always be serious in order to be epic. We’re going to have epic moments in our game, and you’ll see those things. You’re going to experience those things. But just because your story is epic and your characters are epic, it doesn’t mean that they have to be dour and serious or what you would consider traditional characters from games that you’ve played before.”

“When we showed our original release trailer, there were people who likened that release trailer to a Pixar movie,” Moore continues. “We thought that was cool because when we talk about it at Carbine, we talk about Pixar movies or Disney movies. Those are the best examples, I think, where you can have a serious story that has emotional resonance, but the characters are funny. They’re humorous. Their interactions with each other are humorous, but it doesn’t take away from the coolness of the story or the overall experience of the movie. I always talk about The Incredibles as being one of my favorite movies ever even though a lot of people might look at that and consider it sort of funny or humorous or maybe for kids. I think, ultimately, those movies are not for kids. They’re for adults who do enjoy that sort of humor. We’re going to try to do the same thing in our game.

“Because that’s a company-wide philosophy, the art resonates with that. You’ll notice that right away. The content that we create — I don’t know if you played through a quest in there where you’re working for these little inventor guys. They’ve strapped this big mamoden full of explosives. A mamoden is this big rhinoceros-looking thing. They’re testing out their new weapons technology. You get to go and control this mamoden and go over to blow up some poachers. If you look at the mamoden itself, it’s kind of ridiculous. It’s this big rhinoceros and the explosives are oversized and it’s kind of humorous and funny. That’s a great example, I think. The little guys that give you the quest — they’re humorous in the way that they speak. The art itself is funny. The quest itself has that same humor, too. You’re killing these poachers that nobody’s happy with, and what the poachers are doing is serious, but the way that you’re dispatching them has a unique kind of WildStar feel. We just try to have that synergy between art and design and story all throughout the game.” 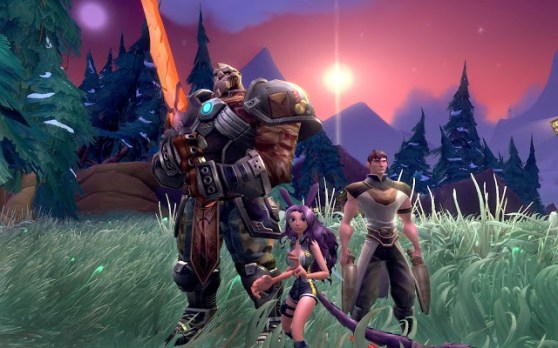 Above: Meet one of the two factions in the game. What do you think? Is WildStar as funny as Carbine thinks it is?

WildStar currently has no release date set, but Carbine Studios plans to hit all the major game events this year to unveil more of the game.