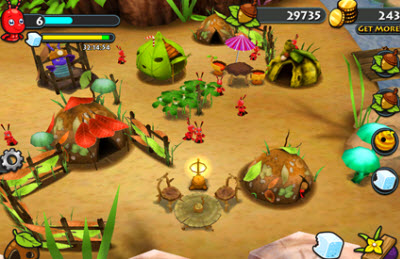 Microsoft previewed some new Xbox Live games and features for its Windows Phone 7 platform today at the annual Gamescom event in Cologne, Germany.

The announcements are part of the company’s plan to build enthusiasm for its mobile games — which are one of the best ways to show off its mobile platform — and the upcoming Mango release of the Windows Phone 7 software. Mango, which includes a major update for the phone software, is expected to debut in September.

It’s a small set of new features and titles, but the kind that Microsoft increasingly needs to make as it competes with rivals including Google (soon to be acquiring Motorola Mobility), Research in Motion, Nokia, Apple and Samsung in the mobile operating system market.

The new announcements include Xbox Live Avatar Awardables, which are wearable achievements for your Xbox Live avatar, or virtual character, which is visible on your phone. The first game to feature them will be the upcoming Chickens Can’t Fly.

There will also be game add-ons, such as the ability to purchase extra mushrooms and other goods in games such as Beards & Beaks. You will be able to buy more in-game add-ons and downloadable content such as extra weapons or levels in the coming months. That’s a critical feature to generate revenues for game developers.

Windows Phone will also have parental controls, where parents can set the content that kids can view. You can restrict a child from playing a mature-rated game such as the upcoming Splinter Cell Conviction game. And players will be able to do a Fast Async, which improves game play for multilayer turn-by-turn games.