The Nintendo Switch may soon get official wireless Super Nintendo controllers. The publisher filed to acquire a Federal Communications Commission ID for a new Bluetooth-powered gamepad, as a poster on the ResetEra gaming forum first spotted. As is typical, these documents don’t include specifics about the product. But one of the filings features an image of what looks a lot like a Super Nintendo gamepad.

The device’s FCC ID is BKE HAC-042, which is important because it indicates it is going to work with the Nintendo Switch. All of the company’s previous Switch-related “wireless game devices” have had the “HAC” prefix as part of their FCC IDs. The BKE part refers to Nintendo, specifically. 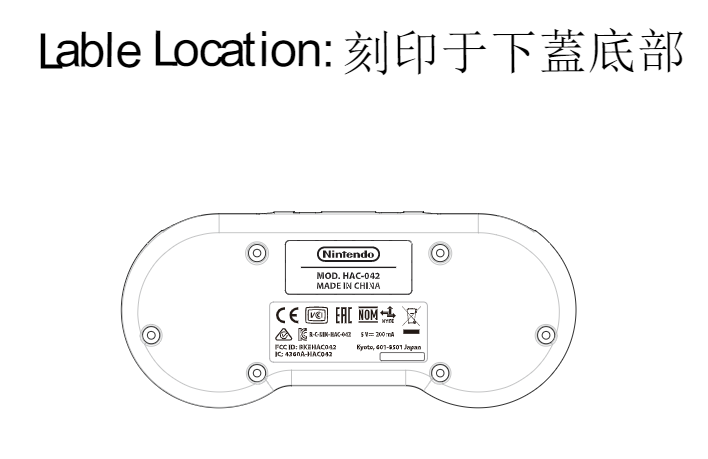 Of course, remember that this filing only includes artwork at the moment. And that art only needs to roughly indicate the location of the FCC ID boiler plate. That means the final shape of the actual device could end up looking different.

But it’s likely that that the reason this filing features a Super Nintendo-style gamepad is because that’s what the controller actually looks like. And that could mean big things for the Nintendo Switch and its online service.

Nintendo began selling NES Joycons for the Switch in September 2018. And it offers these devices because of the NES games that players get as part of their Nintendo Switch Online subscription. If you pay $20 per year or $4 per month, you get access to play games online. But you also get an instant library of NES classics like Super Mario Bros. and Metroid.

But Nintendo is starting to run out of NES games that it can easily bring to Switch Online. It’s going to need more content if it wants to maintain subscriptions, and that is where the Super Nintendo comes in.

The company is likely launching Super Nintendo games for Switch Online, and that’s why the controller is in the works.