Thronebreaker: The Witcher Tales is headed to PC next month. Developer CD Projekt Red announced today that this side-story adventure will hit its GOG service October 23. Console players will then get The Witcher diversion December 4.

CD Projekt Red is expanding The Witcher gaming universe with this release. It shares a setting and some themes, but it follows a queen named Meve. She is a warrior and a general who leads the people of Lyria and Rivia in the North. And her army is preparing to take on a Nilfgaardian invasion.

The studio says this is a single-player role-playing narrative. The story will drive the gameplay and exploration of the world. But players will also encounter puzzles and card-based battle mechanics. So yeah — this sounds like the single-player campaign for a Gwent game.

“Throughout the adventure, players will explore new and never-before-seen parts of The Witcher world, embark on thought-provoking quests featuring rich, multidimensional characters,” reads a CD Projekt Red blog post. “All while gathering resources to expand their army and engaging in epic story battles powered by the skill-based battle system known from Gwent: The Witcher Card Game.”

Gwent, of course, is the card game from The Witcher III: Wild Hunt that CD Projekt Red spun out into its own game. Now, the studio is building on top of Gwent once again.

So you probably shouldn’t expect this to resemble The Witcher III or its expansions. CD Projekt Red hasn’t revealed a trailer or gameplay footage yet. Instead, we just have some hand-drawn art from Thronebreaker’s GOG page. 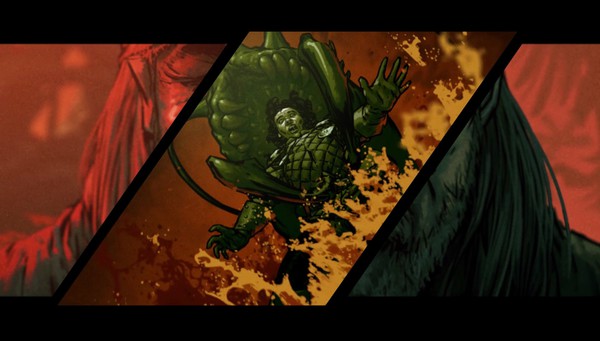 The studio also doesn’t have the game listed as an RPG or adventure on GOG. Instead, it is in the “strategy” and “turn-based” genres. So if you’re a Gwent fan, this is for you. It’s a dedicated campaign built around that gameplay. And it’s a good excuse to revisit the universe of The Witcher.