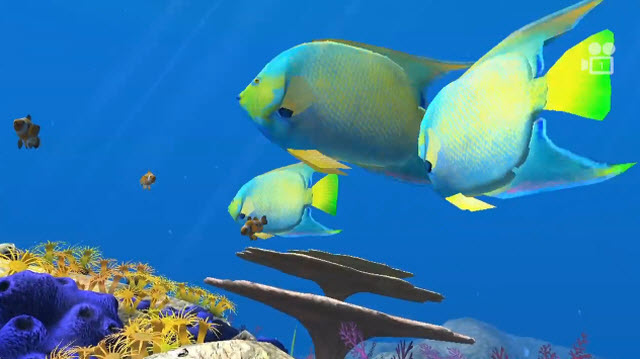 Wemo Media announced today that it has raised $2 million in seed funding to create its first 3D digital animated world set under the sea. The ocean world will have realistic 3D animated fish, fauna, sharks and other sea life. It has the production values of a high-quality online game but is aimed at providing cool educational experiences. 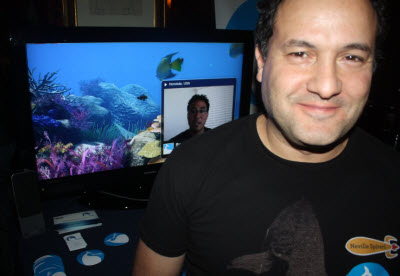 Currently in private beta, TheBlu seeks to recreate the ocean on the web, creating a collectively designed work of art that taps digital artists and developers from around the world. The company showed off some animated scenes from the world at the Consumer Electronics Show today in Las Vegas. Once the world is launched, you’ll be able to explore the oceans as easily as browsing the web, choosing different camera views and interacting directly with the sea life.

Neville Spiteri (pictured), co-founder and chief executive of Wemo Media, said in an interview that the reaction to the beta test has been astounding and that the funding will help the company execute on its vision of creating worlds that allow people to appreciate the beauty of the world. He said it has been drawing interest from schools and museums around the world as a platform to raise awareness about environmental issues.

Among those contributing to TheBlu are Andy Jones, the animation supervisor for the sinking sequence in The Titanic and animation director for Avatar. Another participant is Ben Miller, lead designer at Wemo Media and former game designer at Insomniac Games.

TheBlu is the first of many titles that Wemo Media plans to release through its media creation platform, which enables a number of artists, animators, programmers,  and composers to collaborate from afar. The company is inviting thousands of such professionals to contribute to the world. So far, people from 40 countries are contributing art. They can, for instance, create a 3D model of a shark, drop it into the world and watch it come to life.

Advisors include Joichi Ito, director of the MIT Media Lab, and Sylvia Earle, explorer in residence at National Geographic.

“TheBlue is an extraordinary way to enjoy the oceans and learn about all the individual species that interdependently form our life support system,” Earle said.

Ito said, “The really interesting thing about TheBlue is that it brings together the biology, the activism of conservation, the beauty and the artistic elements as well as the grass roots, participatory social media movement.”