Next Games has raised $6 million in its quest to become Finland’s next big mobile-game company.

The Finns have had great success in the mobile-gaming era with Rovio’s Angry Birds and Supercell’s Clash of Clans. Now Next Games plans to make a big splash with a mobile version of AMC’s successful television show, The Walking Dead.

The money comes from some high-profile institutional, strategic, and private investors. The Helsinki-based game studio is working on two titles: The Walking Dead and an unannounced mobile game.

Next Games was started by game veterans from Rovio, Supercell, and Disney. Teemu Huuhtanen, the chief executive of Next Games, said in an interview that the company plans to develop games that are popular on a global basis. The Walking Dead will debut worldwide on both Android and iOS and possibly other platforms, too.

“The game is in production, and we’ll release more details in the future,” Huuhtanen said.

Huuhtanen, who worked previously at Rovio and Sulake (the maker of Habbo Hotel), said that the success of Supercell and Rovio definitely made it easier for Next Games to raise money as Finnish companies have a great track record.

“The competition for talent and attention here causes the companies to make themselves so much better,” Huuhtanen said. “I’ve been in free-to-play games for over 10 years.”

Investors include IDG Ventures and the company’s original investor, Jari Ovaskainen, who was also an early investor in Supercell. Joining them is Lowercase Capital, marking one of its first ventures into the mobile-game sector.

Levin, the former head of Nerdist Industries, said in an interview that the Gores are involved because they want to be able to identify early-stage companies that their private equity fund could later invest in if it makes sense.

“That is the thesis,” Levin said. “We expect to be very active in the Nordic countries and in Japan. In this case, I’m betting on the team. If you’re going to bet on a free-to-play mobile-gaming company, this is about as good as it gets.”

Huuhtanen said that his company chose to get money from IDG Ventures because it has a lot of U.S. games expertise while IDG Ventures has expertise in Asian game markets. Lowercase Capital brings an understanding of social media. AMC is a strategic partner thanks to The Walking Dead. In short, Huuhtanen gathered investors who will be able to offer good advice and connections for his company.

“I’m thrilled to see a Finnish game studio with such talent and vision hit the runway with this dynamic range of global investors,” said Ovaskainen.

With the money, Huuhtanen said the company will be able to pay for its own user acquisition as well as its own game development. 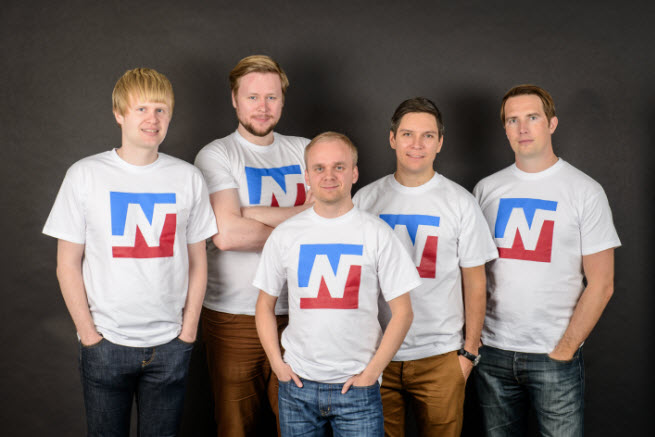