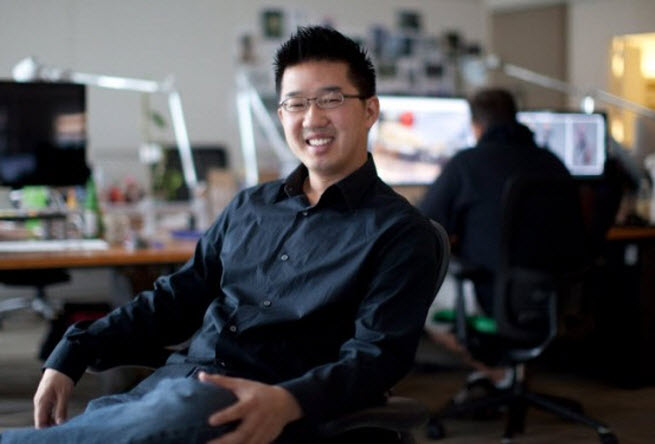 Since 2007, Kabam has been creating hardcore social games on Facebook. The social network paid the bills as the company grew to more than 200 employees and helped it raise well over $125 million in venture capital. But Kabam began a determined effort to diversify beyond the social network. They started Kabam.com and also moved to Google+, Steam, Kongregate.com, and the iPhone. Kabam scored big with its first iPhone game, Kingdoms of Camelot: Battle for the North. It has been a top-grossing hit for four months on Apple’s iTunes App Store. And last week, Kabam launched its second iPhone game, Arcane Empires, and it has been featured prominently on the App Store. 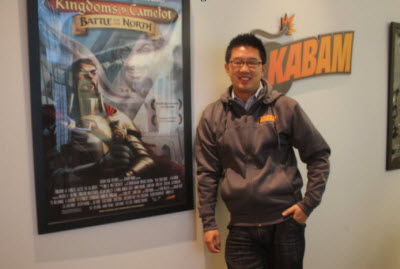 Kabam generated more than $100 million in revenues last year, and Kevin Chou, chief executive of the San Francisco company, expects this to grow 50 percent to $150 million this year. Chou’s company has also grown to more than 550 employees, many of them experienced game developers. As Zynga starts to falter in the casual games market, Kabam’s strategy of focusing on hardcore gamers who spend a lot of money on free-to-play social games is looking smart.

We caught up with Chou at the company’s headquarters recently. Here’s an edited transcript of the interview.

GamesBeat: Please bring us up to date on Kabam.

Kevin Chou: I’m looking at how we can make Kabam a little more known in our industry as well as outside. We’ve just been really heads-down in terms of building a business. We’ve grown tremendously. Unlike a lot of other [game] companies, both public and private, we’re really excited about the future. We’re hiring aggressively and expanding our business. We did over $100 million dollars in revenue last year. We’re going to do well north of that this year, well over 50 percent growth.

Unlike a lot of the companies that started on Facebook, we started to invest in a true multiplatform strategy at the beginning of last year. Today, when we take a look at the business, the big thing that I’m excited about is that less than 30 percent of our overall business is from Facebook. We’re growing our business very aggressively. Seventy percent of the overall revenue of the business is coming from Kabam.com, other gaming portals, other social networking sites, and, of course, mobile. We’ve been No. 1, No. 2, No. 3 in iOS for the last 120 days now, I believe. That is in the top-grossing list, which we think is the most meaningful. That’s in the U.S. market. Worldwide, it has been even better. We’ve been No. 1 in 26 countries.

GamesBeat: Has it come to Android yet?

Chou: Not yet. We’re going to be doing a worldwide simultaneous launch of our next strategy product, called Arcane Empires. It’ll be simultaneously launched on iOS and Android. We’re pretty excited. We started in mobile a little bit later than some of the pure mobile gaming companies. But when we look at the competitive field today, it’s not that many companies. TinyCo is talking about this a little bit. But most companies aren’t able to launch simultaneously on both platforms. There’s a lot of benefit that comes from that. Obviously, both Google and Apple, but especially Google, feel excited about getting content at the same time. We’re doing a lot of exciting partnerships and promotions around the Android product. And of course, making it simultaneously available on iOS as well.

GamesBeat: Is this a similar game?

Chou: It’s a pretty similar game. It’s really our first time making a more casual version of our strategy game. On mobile we do see this humongous new audience coming on and playing games for the first time. It’s a little bit like what we saw on Facebook three years ago. The game mechanics are very core to what we still do at Kabam. In terms of the theme and the narrative, it’s aimed at a different type of player, someone who isn’t into medieval fantasy. It’s kind of a steampunk, highly saturated art style, set on a series of islands. There’s an evil overlord that’s trying to take over the land. 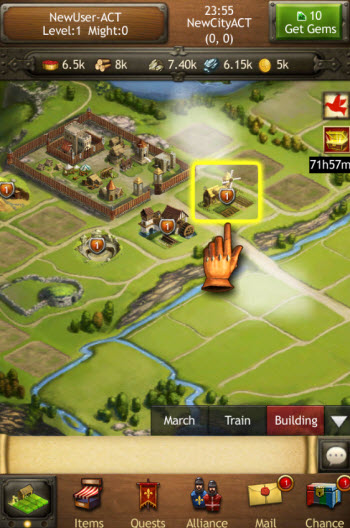 GamesBeat: You’ve talked about how you can make more money on iOS than you can on Facebook. This is an interesting revelation.

GamesBeat: That was because you still have 30 percent of your revenue going to Apple, or 30 percent going to Facebook, but the cost of acquisition is higher on Facebook. And there’s more game players on iOS, and a larger percentage of that audience is playing games on iOS. Is that what that means?

Chou: There’s two things that we’re excited about for iOS. One is the growth of the audience. Between iPhone and iPad and iPod Touch, and the new [rumored] iPad mini, Apple’s growing at an extraordinary rate. It is the most valuable company in history at this point. That’s one aspect. The other aspect that we’re really excited about for mobile is the payments and the fluidity of the payments. I and a lot of other Facebook game developers, we had questions about Facebook Credits when they first rolled out, as far as the fluidity and the liquidity of the marketplace. The way that we create our product and the way we’re able to leverage Apple’s payments through iTunes enables a more frictionless experience. Google has done a tremendous job with Android as well in the last couple of years, to catch up with Apple on monetization. As we launch a product, we’d love to catch up there in the future, as far as iOS versus Android. All of our data are about iOS right now.

GamesBeat: Is that because Apple had a lot more credit cards on file? People were more used to paying that way. I guess Facebook is younger in that respect.

GamesBeat: It’s a counterintuitive kind of math. Because iOS had such a late start compared to Facebook. So it is hard to believe you can make more money on iOS than on Facebook.

Chou: Well, in terms of games, yes. But the nice thing about iTunes is it’s an entertainment audience. They’ve been selling digital transactions for music and videos long before they started in-app purchases for games. Kabam built a lot of really great infrastructure technology and pricing systems. It allows us to understand how iTunes customers are different from Facebook customers. We did a lot of testing in the early days. That was a big part of us eventually becoming the number one application. Not just in games, the No. 1 application in all of iOS. It’s that understanding of testing different audiences, testing different pricing systems, testing different ways that we can bring virtual goods to market.