GamesBeat: Does it mean that more hardcore gamers use iOS than Facebook?

Chou: Yeah, we absolutely believe that. Today, if you look at the power of an iPad or the coming iPhone 5, the processing power, the graphics resolution, the true LTE for iPhone 5 — that device is as good of a computing device as a console in some cases. We’re really excited about that ability to bring a high-fidelity, fast-processing power experience to core gaming.

GamesBeat: Will this new game also go on Facebook and the other platforms too?

Chou: No. It’ll just be mobile. 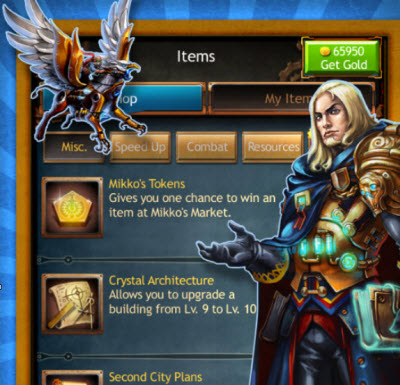 GamesBeat: Are you doing a lot of parallel efforts here, or are you doing more mobile-first at this point?

Chou: We’re trying a lot of things. We certainly have a very large pipeline of games in development right now, some of which are going to be web-first, and then we expect to bring them to tablet and mobile. Some are going to be mobile-first, and then we may try to bring them to the web. We’re still experimenting with that. We’re more and more excited about a mobile-centric world.

GamesBeat: This year, have you had a big Facebook game launch?

Chou: We have not.

GamesBeat: Are you taking more time on some of these? What’s going on there? Is there a different cycle to that?

Chou: When we evaluate platforms for launch, one of the things that excites us is when partners, like Google or Apple or Amazon, are willing to work with us to make a new product launch successful. We’ve been talking to Facebook. We have had new product launches, but we haven’t brought them to Facebook yet. Realm of the Mad God is a good example of that, where we’ve been growing that game really nicely across Steam and Kongregate and Kabam.com, many platforms that are willing to give us promotion for that game. They’re investing in the partnership.

We look at Facebook, and we want to eventually bring these games to Facebook, but we want to make sure that we’re prioritizing based on how excited a partner is to work with us, and how excited we think that audience is about the content we’re bringing.

GamesBeat: Is there a mismatch there as far as their audience? Is that a reason they’re not doing that? Or do they just not do that for most…?

Chou: Facebook just historically has not done that. That’s always been a challenge.

GamesBeat: So the equivalent of featuring a game….

GamesBeat: If there’s one version of a game, what becomes the primary platform now? Kabam.com?

GamesBeat: Are you moving into a 3D game at some point soon?

GamesBeat: Is that tied to a technology like Flash 11.4 coming out?

Chou: Today we’re investing heavily in Flash, as well as Unity. They both have fantastic 3D support.

GamesBeat: 11.4 is really only starting right now, so it’s got to proliferate a little?

Chou: We suspect Adobe will do pretty well at making it proliferate across the web. It’s really about leading the core gaming space. We want to make sure that our products are No. 1 from a fidelity standpoint, as well as, more importantly, from a gameplay standpoint. What is the level of fidelity required to make the gameplay exciting for the players? You’re going to see us continue to innovate and make some interesting investments.

GamesBeat: What did you think of EA’s Command & Conquer announcement? Is that direct competition?

Chou: After we last talked, they came out with Command & Conquer Tiberium. I think it hasn’t done that well.

GamesBeat: I tried playing it for a while.

GamesBeat: I couldn’t even understand this new one.

Chou: Exactly! I’m a huge Command & Conquer fan. Red Alert and all the way down. Their first product in the space was not good. It’s a great franchise, but I’m more excited about Kabam’s ability to build a free-to-play strategy game. One of the things that we’re really excited about is, the original Kingdoms of Camelot has just passed $100 million dollars in overall revenue. It’s coming up to its three-year anniversary. We launched in October of 2009. And then the sequel, of course, Battle for the North, which is a mobile-only product, is on its way to surpass that. We’ve been number one in iOS for a very long time, and we’re bringing it to a lot of other platforms on mobile. We’re excited about our ability to create strategy franchises that are starting to come close to some of these franchises that I grew up loving, like Command & Conquer and StarCraft. If you look at all-time strategy game franchises, the original Kingdoms of Camelot would be No. 6 on that list. If we start looking at the sequel and the original…. We’re very excited about our ability to build these franchises. 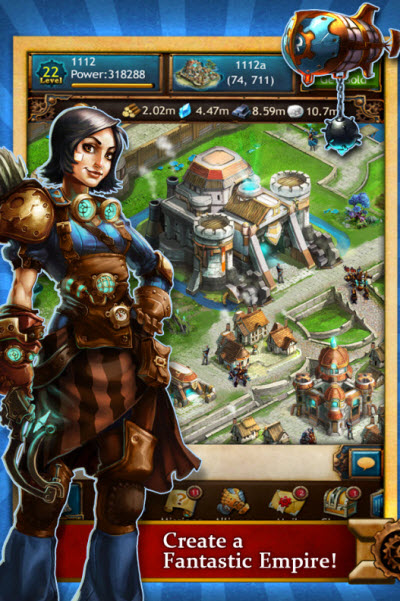 GamesBeat: Yeah, this new game looked a lot different from what they showed in the trailer. Do you think that if that game is arriving in 2013, that they’ve sort of signaled that this is where the bar is going to be set? They’re shooting for much higher quality this time, whether it’s download or not…. It’s going to be online, and an option for hardcore gamers.

Chou: Especially in the strategy genre, sometime the conversation can get steered too much towards fidelity. The underlying aspects of what makes a strategy game so great are the gameplay mechanics themselves. If you think about movies, there are certain types of movies, action movies, where fidelity and all the special effects are really exciting and a big part of the experience. There are other kinds of movies where you’re really going to watch how well the plot is put together or how the characters are developed. There’s not a lot of splashy special effects and so forth. The same applies to gaming, especially in the strategy genre. Focusing on fidelity misses the point of what a lot of strategy gamers are looking for. It helps, don’t get me wrong, in terms of getting a gamer interested and excited about trying out a game. But at Kabam, we believe in focusing on that gameplay and making that awesome, as well as increasing that level of fidelity as the market becomes more mature. And, more importantly, as these devices can handle it. We’re pretty excited about 3D, but in strategy specifically, we’re not pushing the envelope in terms of fidelity yet. I’m really excited about our first MMORPG game, Realm of the Mad God.

From a fidelity standpoint, it was actually developed as a sort of 8-bit retro-style thing. Our next generation MMORPGs will use that technology, which is so fast, supporting thousands of concurrent players already. On Steam alone, our peak has hit 5,000 simultaneous players on that MMORPG. We’re going to be investing in next-generation fidelity. We’re really going to be pushing fidelity with our MMORPGs. But in terms of fidelity in these genres… We’re very cognizant of making the gameplay awesome first, and making sure the fidelity matches the expectations tied to that type of gameplay.

GamesBeat: What do you think about all the high-profile things that are going wrong right now in the gaming business. Zynga is headed south. OnLive has imploded.

GamesBeat: Yeah. Star Wars is not going the way they thought. There almost seems to be no haven. But you guys are doing well. I guess there are parts of the game industry that are still in good shape?

Chou: Looking at the overall gaming ecosystem… The pace of change, which is one of the topics that I’m talking about today, is just phenomenal. It’s very exciting for companies that can embrace it. We’re seeing this in the transition to digital music, for video, for companies like Netflix, which I’m a long-time customer of. The changes that happen in those industries move really fast. Looking at the gaming industry today, there are parts of it, like mobile, that are just moving so fast. Social is moving fast as well. Unfortunately, social is moving sort of quickly in the wrong direction… The next generation of consoles is going to be very challenging, from both a hardware sales perspective and software sales. That would be a fun debate to have at that panel. The way that Kabam thinks about it is, we have a very unique business model in free-to-play, which we’re incredibly good at. When EA and a lot of these other companies talk about the digital business, they talk about putting a billion dollars in digital, the free-to-play part of their revenues is still really small. In fact, they don’t even break it out because it’s so small.