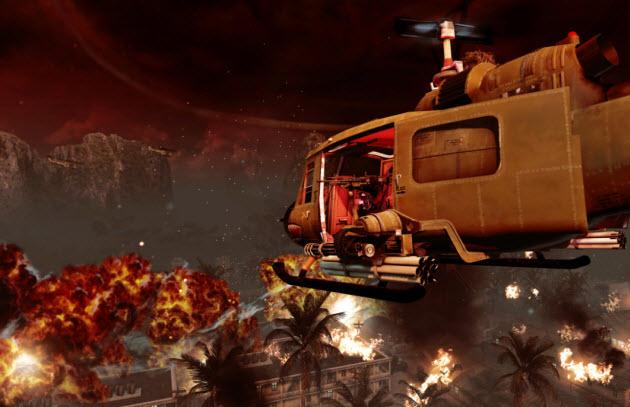 When the founders of game studio Infinity Ward were fired in March, fans wondered if they would ever see another installment of the $3 billion Call of Duty combat game franchise that the game studio had created. But parent company Activision Blizzard is demonstrating that it has a pretty good backup plan with Treyarch, the one-time second-string game studio that is now fully stepping out with a premiere Call of Duty game for the fall.

Today, Activision Blizzard and Treyarch are lifting the veil on Call of Duty Black Ops, which ships on multiple game platforms on Nov. 9. I’ve seen a couple of levels of the game and they are instantly recognizable. Treyarch has designed a genuine Call of Duty experience, with intense combat scenes and realistic animations.

The game is set during the Cold War, focusing on the secret “Black Operations” that were carried out on foreign soil even as the hot war in Vietnam raged. As you can see from the trailer attached below, the game has riveting combat with plenty of new game play for fans who may have already played six different versions of Call of Duty. If Treyarch can make those fans happy, the game will be a good follow-up to Call of Duty Modern Warfare 2, which sold at least 17 million units at $60 each, generating at least $1 billion at retail since November. Modern Warfare 2, made by Infinity Ward, was the most successful video game of all time. Analyst Doug Creutz at Cowen Group estimates that Call of Duty Black Ops could sell 10.7 million units in its first year, or $642 million at retail. 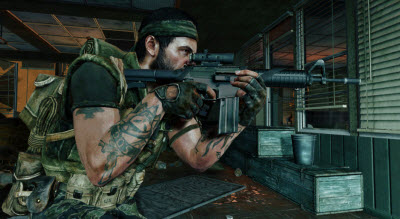 The quality of the game may be surprising to those who have underestimated Treyarch. In the past, Infinity Ward created the high-end Call of Duty games, and Treyarch then took the Infinity Ward platform and made a different, lesser game. Treyarch, a sister company to Infinity Ward that is also owned by Activision Blizzard, was also always busy making other games, but in the past couple of years it has made a big leap forward as a major development studio.

“For this game, having the entire studio focused on a Call of Duty game from the beginning has made all of the difference,” said Mark Lamia, studio head at Santa Monica, Calif.-based Treyarch. 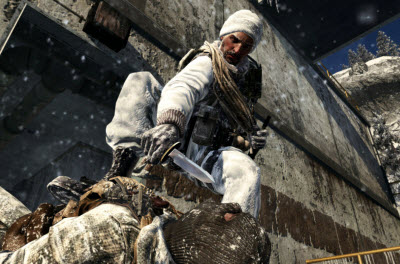 Treyarch has more than 300 people working on the game; that’s as big a game development team as any in the industry today, and Activision Blizzard has other teams working on the Call of Duty franchise as well, including the new studio Sledgehammer games.

Full told, more than 500 people are working on Call of Duty games for Activision, even though a few dozen Infinity Ward employees have left to join the fired Infinity Ward founders, Vince Zampella and Jason West, who have started Respawn Entertainment, a studio believed to be funded by Electronic Arts.

Activision Blizzard is fortunate that it had Treyarch waiting in the wings. Typically, Infinity Ward introduced a new game one year and Treyarch the next. This year, it’s Treyarch’s turn and it looks like the studio has created one of the best Call of Duty games yet.

The new game has a lot of variety, partly because it has numerous experimental weapons that were imagined to have been available to covert operatives. There are new experiences and weapons in the game, including explosive crossbow bolts, shotguns with flaming ammunition, Huey helicopters and an SR-71 Blackbird spy plane. The setting also includes Vietnam and other places that figured in the Cold War. 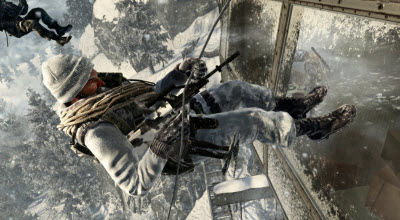 Treyarch showed off one level called WMD, where American soldiers sneak into the Soviet Union and have to disable a secret Russian facility. The soldiers have to avoid detection and then assault the Russians by jumping down rappel lines and then swinging through the glass windows of a satellite installation on an icy cliff. They also have to take on a large Soviet force, using surprise and cool weapons such as the exploding crossbow bolts. The scene features outstanding sound, crisp graphics, and intense combat and drama. Those are all signature Call of Duty features. 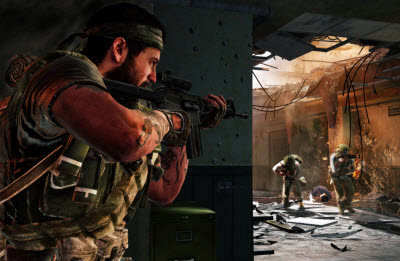 A second level shows an elite combat team landing in the city of Hue during the Tet Offensive in 1968, when the North Vietnamese Army overran the South Vietnamese city. You play soldiers who have to take back a CIA headquarters building amid a ruined city with the help of helicopter support. At the outset, the helicopter doesn’t just land, because that would be boring. Rather, as soldiers begin to slide down on ropes, the helicopter is hit by a rocket. It starts spinning around uncontrollably, with the men on the ropes getting whipped around in circles. They happen to crash through the windows of the building and then immediately have to jump into a firefight. That’s the kind of action that is a typical Call of Duty scene.

As you fire at the North Vietnamese soldiers, you can spray them with shotgun shells that explode and burn on contact. Dubbed Dragon’s Breath, this new kind of ammo adds something different that gamers haven’t seen before.

The graphics seem like they are a step up from Call of Duty Modern Warfare 2 game, with human faces rendered in a very realistic way. The story is dramatic and the combat is terrifying.

These scenes are so good that I think gamers will greet this game as a genuine Call of Duty title. It’s not just filler, but a real game made by a studio that has matured over time. And it appears that it won’t be that easy for Activision Blizzard’s rivals, such as Electronic Arts’ upcoming Medal of Honor game, to steal away the title of the best combat shooting game. (See below for video interview with Mark Lamia and the Black Ops trailer as well).