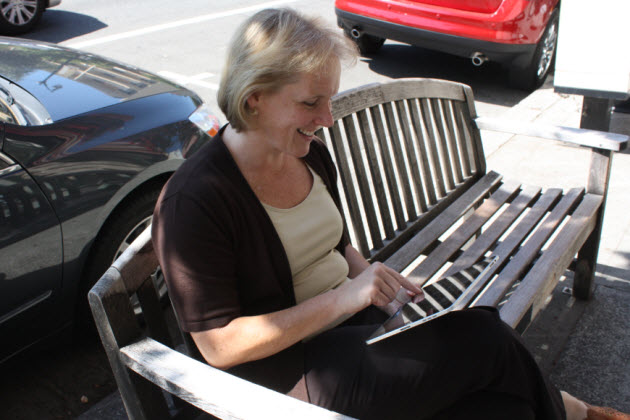 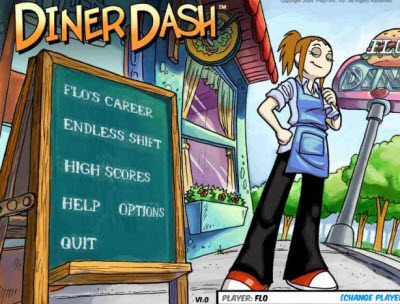 The San Francisco-based company says that Diner Dash and all of its spinoff children have generated more than 500 million game downloads over the past six years. There is something fundamentally appealing about the time management game, where you have to serve customers food as the only waitress in a busy restaurant.

The numbers may sound astounding, but they’re perfectly plausible, given that they cover a mix of free game downloads (monetized through advertising) and paid downloads. They include downloads of the core Diner Dash game and four sequels, spread across the PC, Mac, mobile phones, iPhone, iPod Touch, iPad, Xbox Live Arcade, the Nintendo DS, and the PlayStation 3. The game is available on six continents and has been localized to a dozen languages.

PlayFirst has also expanded to related games such as Wedding Dash, which is just like the Diner Dash game because you have to rush around as a wedding planner, doing your best to serve wedding guests at a reception and keeping them happy as you juggle different tasks from logging gifts to serving cake. PlayFirst has also launched Hotel Dash and Cooking Dash — all with the same kind of frenetic juggling game play. All of the games are hits.

“This has gone from a game to a brand to a franchise,” said Mari Baker (pictured at top), chief executive of PlayFirst, in an interview.  “A brand can be extended with sequels. But a franchise can be extended even further, moving across different platforms and on to related games.”

Wherever Diner Dash goes, it stays in the top ranks. The game ranks No. 7 in the top-selling games of all time, based on data collected by market researcher Interpret. At that level, the game is chasing titles such as Grand Theft Auto and Tetris. And because PlayFirst has this unique property, it can afford to take on a strategy that a lot of companies only dream about: getting the game on just about every game platform that exists.

PlayFirst’s own research, conducted with market research firm Frank N. Magid Associates and being released today, shows that two thirds of American adults play some type of digital game. One out of three plays games regularly on social networks, smartphones, or computers. Among game players aged 18 – 34, about 80 percent play casual games regularly, and 80 percent say they enjoy playing games more than watching movies, listening to music, and reading books, newspapers, or magazines. And among game players, social networking and social gaming are stealing time away from traditional video games.

For PlayFirst, that means there are a lot of places that it can put Diner Dash. But Baker says the company isn’t simply shooting with a shotgun. When she came aboard as CEO (taking over from founder John Welch) in early 2009, Baker said the company wasn’t doing very well with its expansions onto the iPhone. She pulled the teams together to focus on higher-quality games. When the games were relaunched, they went straight to the top 10.

In addition to relaunching on the iPhone, the teams also decided to turn Flo, who is an independent-minded former Wall Street worker who quit her job to start a diner, into more of a character.The company has introduced an adventure game dubbed Avenue Flo.

If game developer Rovio, the maker of Angry Birds, adopted the same strategy of milking its hit franchise, then you would probably see a bunch of games such as Angry Rabbits or Angry Beavers. At some point, though, the concept has to run out of gas. And that’s why Baker is also investing in other key brands. 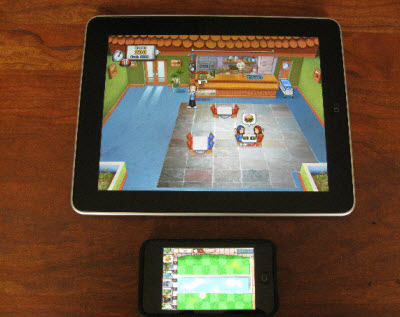 The company has launched its chocolate-factory game, Chocolatier, on Facebook. Whether this game takes off and spawns its own spinoffs is yet to be determined. Right now, PlayFirst is giving special attention to the iPad, Facebook, and iPhone. In that way, it is making sure that it can make the jump from a focus on downloadable web games to apps, which are sold in app stores on a variety of platforms. The company managed to pull together a swat team to do Diner Dash for the iPad in just six weeks. No surprise: the title became a hit.

So far this year, PlayFirst has launched six games on PC web sites. Three of them were brand new properties and three were related to franchises. Four of those six hit the No. 1 spot, and the other two made it into the top 10. The lesson is that the company is starting to figure out how to make not just a good Diner Dash game, but how to make a good game, period.

The game business is anything but predictable. Since PlayFirst has a dependable franchise, it takes a lot of the guesswork out of the business. The company could screw it up. It could become overly dependent on one franchise. But as far as Baker is concerned, that’s a good problem to have.

PlayFirst has more than 100 employees.