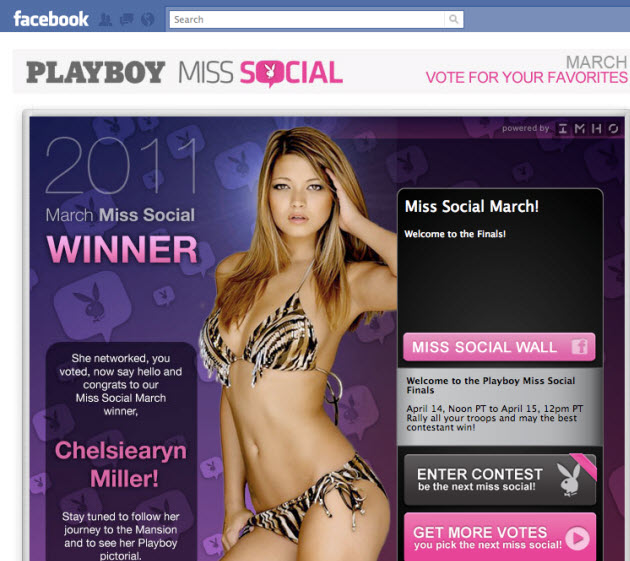 Gamification, or using game-like mechanics on non-game sites, is starting to bear some fruit. Bunchball has been working at gamifying web sites since 2005, and its latest efforts with Playboy show that it is able to keep users more engaged with the brand than they otherwise might be.

Gamification is generating both buzz and skepticism as a hot new trend in games, extending games in a new direction just as social network games and mobile games have done. Big corporations are starting to embrace gamification, and if it works, the result is that those companies will be able to use game-like behavior to get people more engaged in their brands and products. Playboy is just one client that has enabled Bunchball to double its customer base in the past year.

Rajat Paharia, founder and chief product officer of Bunchball in San Jose, Calif., said in an interview that Playboy, which is out to get more young subscribers, has been able to use Bunchball’s Nitro platform to power a Facebook app called Miss Social (pictured). It’s a month-long competition where any woman who aspires to be in Playboy can get her friends to vote for her. If she succeeds, she is crowned Miss Social for a month and can get a pictorial (clothed or not) on Playboy.com.

Women submit their photos and have to win more votes on a given day of the month than anyone else. Users can engage in a variety of activities on Facebook to generate more votes. Then the women can encourage their friends to save up their votes for a particular day. The result of the Bunchball gamification has been an 85 percent rate of re-engagement and a 60 percent improvement in revenues from one month to the next. Since starting the app in December, the active user base has grown to 80,000. 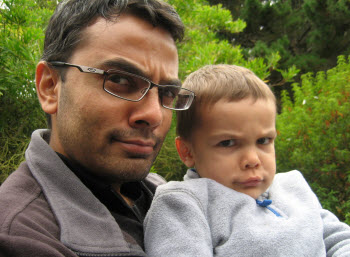 “We’ve seen huge growth in gamification over the past year and we’re thrilled to see that translate into genuine customer demand,” Paharia, pictured right, said.

The gamification efforts can be full custom jobs or small efforts. In the case of Playboy, marketing firm IMHO Media created the app and used the Bunchball platform. So it required very little extra effort from Bunchball before it started generating revenue. By contrast, some companies pay Bunchball fees to create custom jobs, such as a game that Bunchball created for Bravo TV’s Top Chef All-Stars TV show.

If there’s an explanation for why gamification is hot, it might be a natural successor to free-to-play and social games. Free-to-play games — where users play for free and then pay real money for virtual goods such as better weapons in a game — took off on Facebook, allowing apps to build up huge numbers of users. If just a few percent pay for the app, then that generates enough revenue to offset the costs of the non-paying users and it’s usually enough to make the app profitable. Social games have trained people to appreciate virtual goods, virtual currency, and leveling up. Right now, 120 million people around the world are accruing points, leveling up and earning rewards.

Gamification is pretty much a collection of all of the tricks and tips needed to motivate those users to move from the casual, unengaged user to the paying, enthusiastic and engaged user in non-game apps. Getting users to take actions that move them on the path toward paying is what Bunchball does, and it is now getting users to do about 2.5 billion of those actions per month now, Paharia said. Bunchball has 31 employees and is likely to raise a round in the future.