Advanced Micro Devices and Nvidia are engaging in yet another round of “Anything You Can Do, I Can Do Better” with their ultrahigh-end graphics cards — but this time, AMD is also undercutting its rival as well.

The Sunnyvale, Calif.-based AMD says its card, formally named the AMD Radeon R9 295X2, will run circles around Nvidia’s card. AMD is targeting the card at gamers who want 4K graphics, or four times the resolution of high-definition graphics. 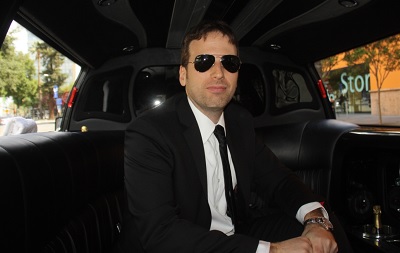 The company revealed this new graphics card to me in a theatrical fashion. During Nvidia’s recent GPU Technology conference, AMD lured me away to a secret limo. I boarded the car and was greeted by two “agents” dressed in black. Evan Groenke, a senior product manager for desktop graphics at AMD, was decked out in a black suit, black tie, and black sunglasses. He proceeded to tell me about Project Hydra.

“We have been working on this project for quite some time,” he said. “It’s time again to announce the world’s fastest graphics card.”

The card has two AMD graphics chips based on AMD’s Hawaii graphics design. Together, those two chips have 12.4 billion transistors, the basic on-off switches of digital computing. They have 5,632 stream processors, or the brains that do the work in computing graphics images. And they have a combined 11.5 teraflops of compute power. They run at 1.018Ghz, but the card has its own custom water-cooling system that enables it to run faster than that. The card uses 500 watts of power.

“This is not for the faint of heart,” Groenke said. “The question is, ‘Do you have what it takes to use the R9 295X2?’ It is built for performance, with no compromises.”

The AMD chips are built in a 28-nanometer manufacturing process. AMD says that the R9 295X2 can hit about 16,000 on the 3DMark First Strike graphics performance benchmark, compared to about 10,000 for AMD’s older R9 290X graphics card. AMD’s card will be available the week of April 21.