Wonder is lifting the veil a little bit about its ambitions to create hardware and software that will disrupt the mobile business. The company’s products have a relationship to virtual reality, and the company wants to build an experience to enrich the way people play games, watch movies, listen to music, communicate with friends, and discover and share content.

And the company plans to do that all with one device — which it isn’t ready to completely reveal yet. But the company’s founder talked with us about the trends that are shaping and inspiring the company.

“We’ve been quiet about this in the past two years,” said Andy Kleinman, founder and CEO of Wonder, in an interview with GamesBeat. “We’ve been heads-down working on the technology. We’ve been doing hardware, which is a first for me, and bringing a lot of people on board.”

Kleinman said we are seeing innovation around future tech like virtual reality, augmented reality, and artificial intelligence. But not much of it is user-friendly or intuitive, and it’s still confusing to most consumers. And though smartphones are synonymous with everyday life, one size does not fit all. You need to personalize a phone to fit your lifestyle.

Los Angeles-based Wonder wants to address the problem of how we have multiple devices, multiple accounts, multiple bills and steep learning curves all around. The Wonder experience is packed with content and features that will feel like a powerful device with a menu of options to select from.

“We’re carrying around smartphones that are a lot more than smartphones,” he said. “They’re computing devices. The Nintendo Switch is coming, and it is playing to the idea of taking your content with you everywhere.”

As for Wonder, he said, “We think of this as one device to rule them all. That’s what will make it unique and exciting for users.” 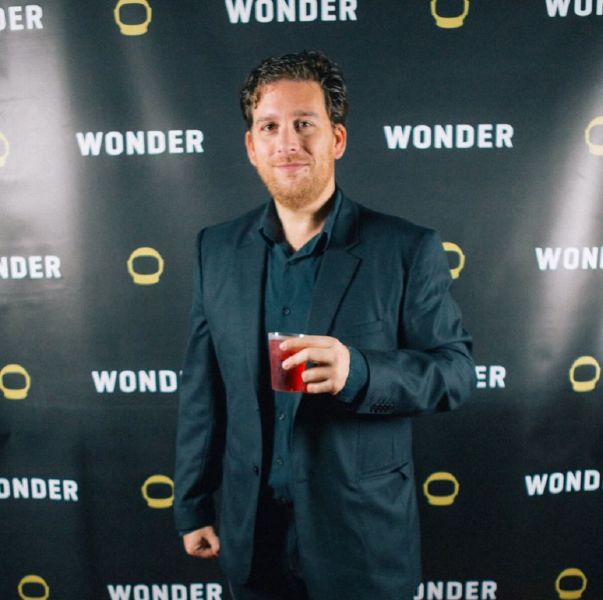 Above: Andy Kleinman is the CEO and founder of Wonder.

Another problem Kleinman sess is that smartphones are still pretty much all the same. No one is differentiating them much, Kleinman said.

“They’re targeted at everybody, so there is an opportunity to focus much more on one audience,” Kleinman said. “The audience that we know well is the gamer. The early adopters and geeks who are always looking to try a new thing. But they all have the same product that is built for other demographics too right now. The hardware is commoditized. Very few companies have a strong brand that connects with the audience in smartphones.”

Wonder’s vision is to invest in a future and change people’s daily lives for the better. Kleinman noted that the Nintendo Switch is focused only on gaming. By contrast, Wonder wants to focus on a variety of different things to do, not just playing games.

Wonder plans to launch in 2017, probably in early Q4, and it says users can sign up on Wonder.com.

“We want to build a brand and a community,” Kleinman said. “That’s why we picked the name Wonder. We wanted to build a connection with our customers.”

As for VR, Kleinman said that a lot of VR units aren’t being used that much. Early adopters buy them, but they haven’t really seen the need to use them on a daily basis. They’re kind of like cool devices that nobody ever users, like Google Glass, Kleinman said.

Kleinman has had three previous exits at startups, and he was part of the executive team at Zynga before its initial public offering. Most recently, he was at Scopely in its early days as chief business officer. He has 15 years of experience in tech and entertainment, and he has been an active angel investor.

Kleinman started his first company, Emepe3, at the age of 17 and grew it to become one of the largest Spanish-speaking music websites in the world before its sale in 2004. In 2007, he co-founded Vostu, a social games company that reached more than 50 million users in Latin America and raised over $45 million in venture capital.

As an executive of Three Melons, Andy ran business development and strategy before the company was acquired by Playdom, which was later acquired by The Walt Disney Company. In 2011, Andy joined Zynga as general manager to focus on the company’s international growth. Zynga had one of the largest IPOs in the history of gaming. After Zynga, he joined the founding team at Scopely to help scale the company to become one of the fastest growing mobile game developers in the world, with hits such as The Walking Dead and Wheel of Fortune.

Andy is also passionate about film, and has produced seven independent films to date. His latest, Jauja, won the Fipresci Critics Award at the Cannes Film Festival in 2014. Wonder has 25 employees, with offices in Los Angeles, Shenzhen (China), and Seattle. The company has raised money but it has not disclosed how much.

“I’ve told you more than I’ve told anyone else so far,” Kleinman said.