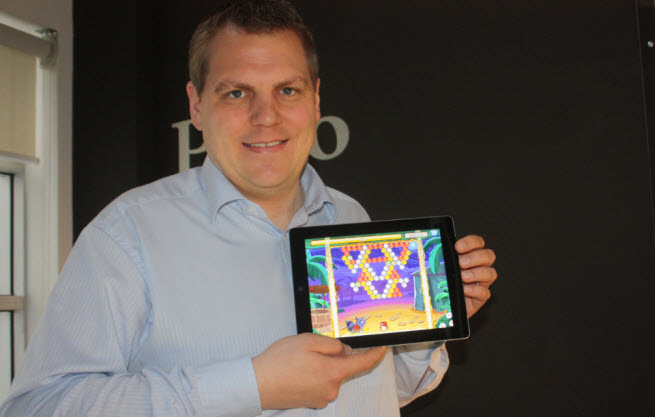 Wooga has become the third-largest social gaming company on Facebook with more than 36.8 million monthly active users. And now it is making a big push into mobile with its second game for the small screen, Bubble Island. 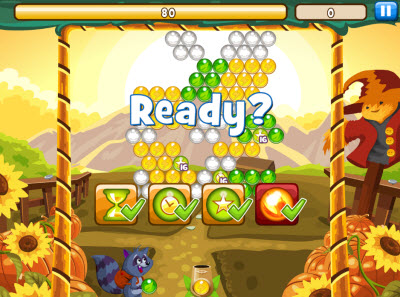 The title is an arcade bubble shooter game that will have plenty of competition. Bubble shooter titles are played by more than 80 million Facebook fans on a monthly basis, and there are untold more players on mobile devices. Wooga is moving its successful Facebook game to iOS (iPhone and iPad) today.

“We’re really excited about the move to mobile,” said Jens Begemann, the chief executive of Berlin-based Wooga. “We’re moving quickly, and more than half of our [250] employees are now dedicated to mobile. This is a big shift in the industry. And it is happening faster than anybody thought.”

Bubble Island was Wooga’s first big hit on Facebook, and now the company is taking it to mobile, not long after launching Diamond Dash on the iPhone. That game has now had more than 30 million downloads, and it is still getting 100,000 a day.

Wooga is making its games in native code now. It tried making a web-based HTML5 game last year, but it was somewhat slow, and Wooga decided not to launch it as a paid commercial product.

Diamond Dash will launch on Android in the coming weeks, and Monster World will debut on the iPad. More mobile games are coming next year. Begemann said he is watching Windows Phone 8 with a lot of interest and will decide later how fast to move into it.

He said that Facebook has played a big role in getting Diamond Dash noticed on mobile. Since Facebook has 600 million mobile users among its billion overall users, players often notice what their friends are playing and download those apps, too. Begemann said less than 2 percent of the Diamond Dash installs have come from advertising.

He also mentioned that two original games will debut on mobile in 2013. But so far, the company is avoiding the hot social casino game market.

“We’re building our mobile games from the ground up,” said Begemann.