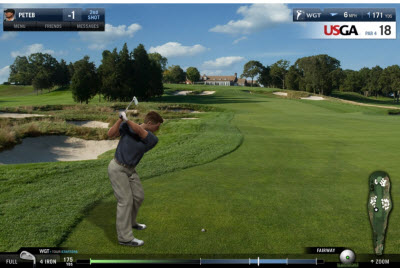 World Golf Tour has raised $10 million in a third round of funding to support an expansion into social games and overseas markets.

Yuchiang Cheng, chief executive of the company, said in an interview that the company is testing a stripped-down version of its web site game for Facebook. In the first month of testing, the Facebook golf game got 2,000 users. But that was without any viral components, such as invitations, built into it.

The company’s mainstay game, a web site golf game, has more than a million registered users and around 500,000 monthly active users. The company is not about to do away with that and start all over with a Facebook-only game. 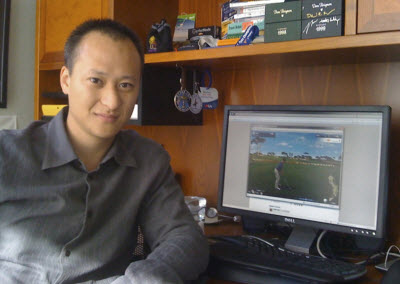 “We are testing different game mechanics to see what works,” Cheng said. “For us, Facebook will be a way to build awareness. It’s a mistake to scrap the original destination site. There are companies out there who are jumping on the gold rush bandwagon. For us, it is a marketing channel.”

The company was founded in May, 2007 and has 36 employees. As we noted in an earlier story, World Golf Tour competes with Electronic Arts’ Tiger Woods Online game. EA’s powerful brand has been hurt by Woods’ well-publicized meltdown related to his infidelities. (Tiger isn’t necessarily out of the game yet; he announced today he would return to golf). But World Golf Tour’s success doesn’t depend on beating out EA, but rather convincing golfers to pick up an online video game in the first place.

The overseas expansion has a lot of potential. Already, players come from 180 countries. The audience is pretty respectable, but not enough to build a profitable company yet. There are still challenges ahead as the site tries to gather momentum.

EA’s Tiger Woods game is animated, while World Golf Tour’s games are done with a realistic style that makes you feel like you’re at famous courses such as St. Andrews. (And, of course, the Tiger Woods billion-dollar brand name has been described as the most-embattled brand thanks to the recent crash/affairs controversy).

World Golf Tour’s game is more like a simulation, allowing you to take an infinite number of practice shots on courses where you would otherwise have no opportunity to do so. The developers build the courses by taking thousands of photos from almost every point of view on the real courses. Then they stitch them together using World Golf Tour’s 3D technology. The idea is to make it so real it can help golfers with their real-world skills.

“Our conclusion so far is that everyone can be a gamer if you make it simple enough,” Cheng (pictured) said.

Players can play in parties of four, text chatting while they play the game. That makes the game more social, much like golf in the real world. The company makes money through banner ads, in-game ads, and micro-transactions. For instance, you have to buy golf balls to play, and if you lose them in the water, you have to replace them. It held a virtual U.S. Open in which 200,000 players participated. Now those tournaments will carry the official blessing of the USGA, which Cheng says brings a lot of brand value to the party.

World Golf Tour had previously raised two rounds of funding to date of some $1 to $5 million. It has 12 courses available now, including St. Andrews, Kiawah Island, and Pinehurst. In 2010, the company plans to add four or five more courses.

Cheng believes virtual sports will eventually become a huge market, like fantasy sports. QuickHit is creating an online football game, while Challenge Sports has created a soccer game. But there isn’t a competitor in the realistic golf simulation category yet.