Wargaming has launched World of Tanks: Blitz, its free-to-play multiplayer mobile game, today on the Nintendo Switch. The announcement represents a first for collaboration between Nintendo and Wargaming, as well as Blitz’s first console appearance.

World of Tanks: Blitz has seen 137 million downloads over the past six years on iOS, Android, and the PC. And the Switch version will have cross-play support so that players on any of the platforms can play with each other on the same server. If players wish, they can just play against other Switch players, said Wargaming’s Thaine Lyman in an interview with GamesBeat.

World of Tanks: Blitz was specifically designed for mobile as a shorter version of World of Tanks on PC and consoles, which came out in 2010 and has 160 million downloads to date. That game was so successful that it still supports a team of 5,000 today. While World of Tanks has 15-vs.-15 battles that last for around 15 minutes, World of Tanks Blitz has 7-on-7 that wrap up in 7 minutes or so.

“When World of Tanks: Blitz came out on mobile, it was a real game instead of an alarm clock simulator,” Lyman said. “On the Switch, we are ready with cross-platform, and Nintendo made it very easy to develop for the platform. The performance is fine. It’s fair and balanced.”

The advantage means that there’s a lot less pressure for the Switch audience to take off quickly, as free-to-play games make economic sense when they amass huge audiences. A relatively small percentage of players in such games will pay for virtual goods, helping the game make money, while others enjoy the ride without paying any money. “Not having to worry about how many people are playing on Day One is nice,” Lyman said. 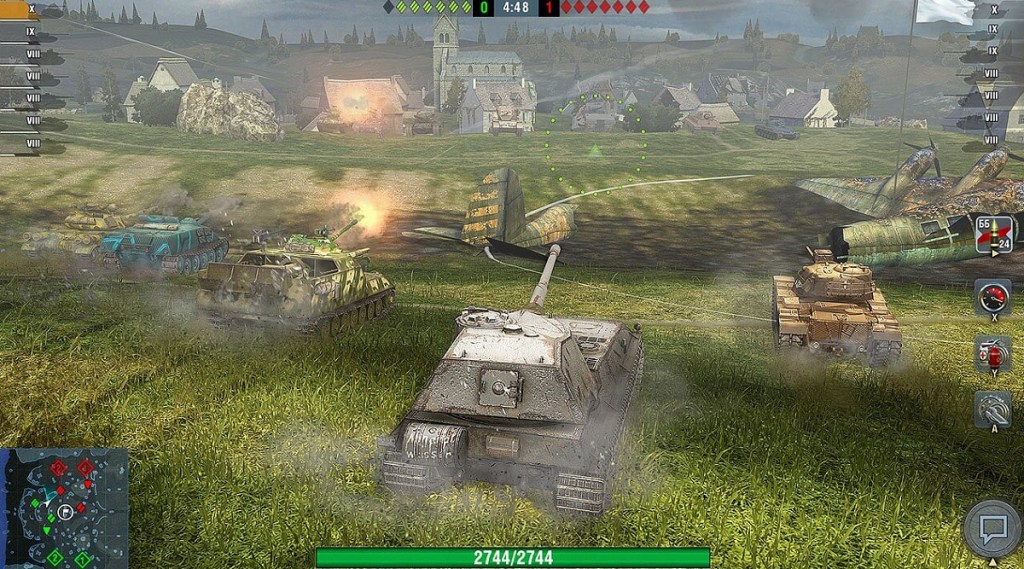 Above: World of Tanks Blitz on the Nintendo Switch was made in the pandemic.

Wargaming said it already has about 12 million Blitz players in North America.

It took a Wargaming team in Minks, Belarus about nine months to handle the adaptation for the Switch, after the initial R&D was done, Lyman said. The game has 350 tanks, and it runs at 30 frames per second in 720p resolution on the handheld Switch and 1080p when hooked up to a television.

“You aren’t short-changed at all,” Lyman said. “All the updates are there from the get go. We are locked on synced future updates. [For Blitz], this is our first console release ever, so there was a certain amount of learning that had to be done. We had to do a lot of work on the controller as the input mechanism. We’ve improved the controller play to make it more appealing for mass market players to get in, get their bearings, understand what’s going on, and not just get their butt kicked by some super-pro who’s been playing for six years already.” 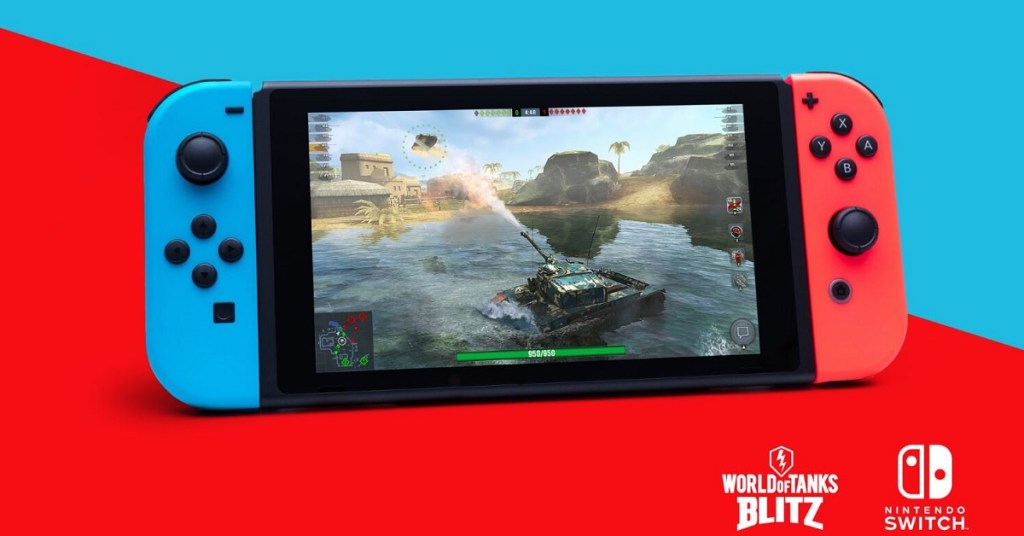 Above: World of Tanks Blitz plays at 30 frames per second and 720p on the Switch handheld and 1080p on the TV.

World of Tanks: Blitz does not require Nintendo Switch Online membership to download and play. It’s also available on iOS, macOS, Android, Windows 10, and Steam. Asked if World of Tanks and World of Tanks: Blitz compete with each other, Lyman said there is very little crossover between the audiences for the games, as Blitz is short and casual while World of Tanks is more hardcore. For instance, Blitz launches scary tanks during Halloween and it has tank models based on Mad Max and Tank Girl.

Lyman said the development work was done while the team was mostly working from home, during the pandemic.

“We’re proud of that, as the team picked it up and did it with very little hitch,” Lyman said. “It’s a mobile game that doesn’t feel like a mobile game. It’s mobile console, which is what the Switch is.”