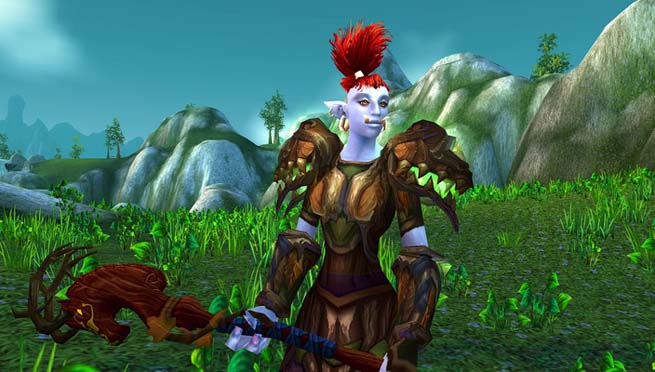 There’s hope for grandma and grandpa in video games. Rolling up a night elf hunter or orc shaman in massively multiplayer online role-playing game World of Warcraft could help cognitive functioning in some older adults, according to a new study from North Carolina State University published online in Computers in Human Behavior.

“We chose World of Warcraft because it has attributes we felt may produce benefits – it is a cognitively challenging game in a socially interactive environment that presents users with novel situations,” says Dr. Anne McLaughlin, an assistant professor of psychology at NC State and co-author of a paper on the study.

Researchers from the school’s Gains Through Gaming laboratory have found that playing WoW can boost spatial ability and focus in adults who scored poorly in those areas prior to spending time with the game. The university had an experimental group comprised of 60 to 77-year-olds play WoW on their home computers for approximately 14 hours over the course of two weeks, then tested their cognitive skills against a control group who didn’t play. When comparing test scores, the study found that the gamers saw a much greater increase in cognitive functioning, although the effect varied according to each person’s baseline score.

“The people who needed it most – those who performed the worst on the initial testing – saw the most improvement,” says Dr. Jason Allaire, an associate professor of psychology at NC State and co-author of a paper on the study.

Pre- and post-game testing showed no change for participants when it came to memory. So while spending time in Azeroth might help grandma concentrate, it apparently won’t help her find her car keys.