World of Warcraft is preparing for the Battle for Azeroth. But even before the massively multiplayer online role-playing game’s seventh expansion launches later this year, Blizzard Entertainment has been adding a lot of new experiences and important changes to WoW.

Earlier this month, Blizzard implemented level-scaling to WoW’s older zones. This gave players more flexibility while running new characters, also making it easier to play with friends who were at different levels. And today, Battle for Azeroth preorders unlock the process to start recruiting Allied Races, new character options that are based on existing races like Night Elves, Draenei, and Tauren.

These additions will give World of Warcraft’s players things to do while they wait for the expansion to drop. And that encourages them to keep paying for their $15 a month subscriptions. But making these big additions takes a lot of work, especially when you have to do it in the framework of a game that first came out in 2004.

GamesBeat interviewed World of Warcraft senior game designer Paul Kubit and game producer Shani Edwards about the challenges of creating level-scaling and Allied Races. I also begged them to add Arrakoa as a playable race, but I’ve decided to leave that part out. 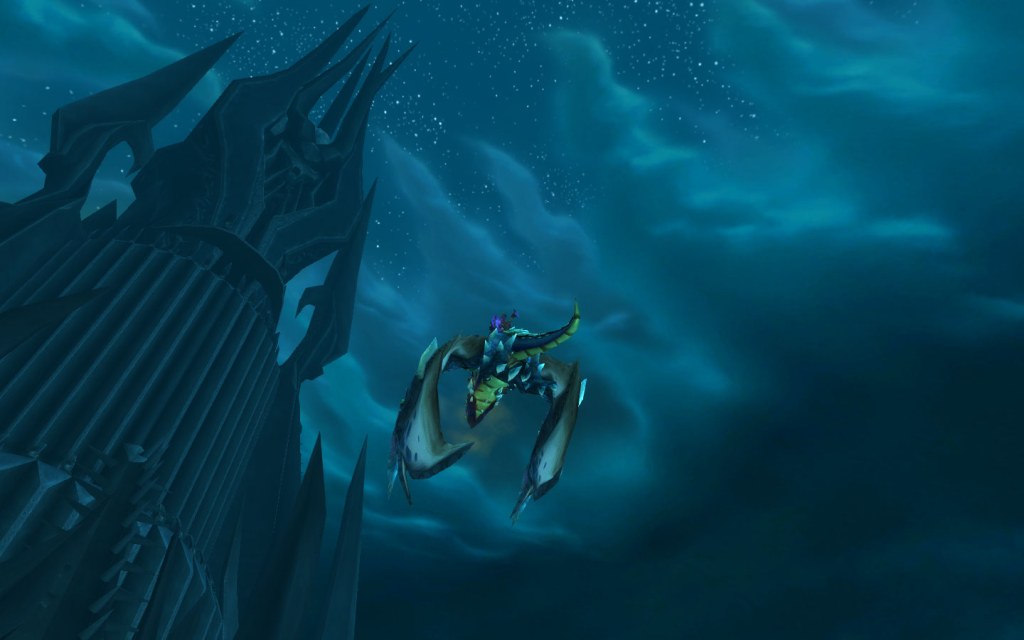 Above: You can fly around Northrend earlier than before.

GamesBeat: I was in the middle of leveling a new Druid when the zone-scaling went into effect. I noticed that killing enemies took a lot longer now. It also took a little longer to get through a single level. Was this one of the goals?

Paul Kubit: Yeah, for sure. Level-scaling had a couple of different parts to it. One was that classic, what you think of when you think of the term level-scaling, taking the creatures in the different zones and making it so that they scale more broadly to your level. But we also just did a full pass on creature difficulty throughout the game.

As the game has grown and we’ve added more powers and abilities to your characters, especially baking more power into your mage’s fireballs or what have you, some of our tuning was getting out of tune. 7.3.5 was a great opportunity to go back through everything and make sure everything felt right in that core combat. Sometimes, certain levels, with the gear you had you could kill an enemy in two shots and not even get to appreciate the fact that they had a cool ability you needed to react to. So now, yes, the short answer is that was one of our goals.

GamesBeat: It’s more fun to approach fights with even normal enemies needing a strategy, but another part of me is frustrated that the leveling process is slower. Were you worried that people would have a negative reaction to the new leveling just because it feels longer?

Kubit: We’re always trying to be tuned in to people’s reactions to how the game feels, especially when you have big changes like we had with the level scaling in the worlds. We’re looking at people’s responses to that, making sure that it isn’t too drastic, that people feel like they are having fun, that the leveling time feels appropriate, that our goals are being met, that they’re able to play the zones they want to play when they want to, and so on.

GamesBeat: Do you think making the leveling process longer encourages people to pay for level boosts?

Kubit: I don’t think so. I would question whether or not the experience is longer, actually. The combat time is longer for sure, and that was a goal of ours, but it was never a goal to make the experience of leveling the game longer. You might spend some more time fighting one particular creature, but with the new zone-scaling, for example, you’ll probably spend a lot less time on travel, switching between zones. You’ll be a lot more efficient in the combat you’re doing, since creatures are always scaling to your level. There was never any goal to extend the actual play time of the game, more just individual combat to combat.

GamesBeat: Blizzard introduced level-scaling in Legion, and fans enjoyed it. How quickly did the idea come about to bring it to older zones?

Kubit: It’s something we always had in the back of our minds. Without knowing how it would feel in a millions-of-players environment, to have the game scaling. But Legion provided a cool opportunity. The story worked out where the zones didn’t come in a particular order, so we could say, let’s try this scaling thing and see how it feels there, see if it works out. If players responded well to it, then we could do it with other parts of the game as well.

Shortly after, it felt like yeah, it did feel good, so when 7.3.5 was the introduction of Allied Races and all the rewards you get for leveling them from 20 and 110, it was a good opportunity to take a look at our leveling game and make sure that was as good as could be, level scaling included. 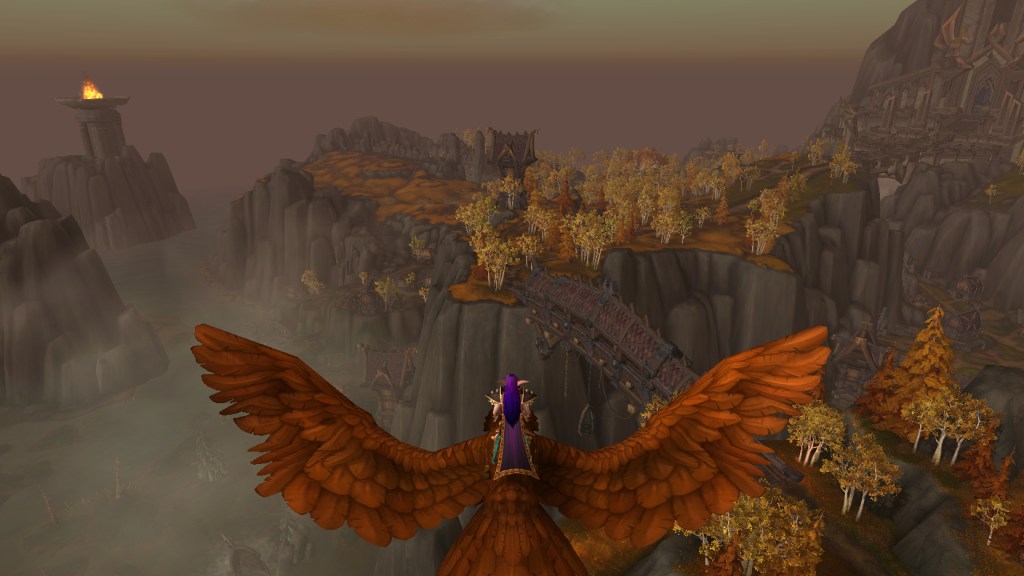 Above: Blizzard introduced level-scaling in Legion.

GamesBeat: Was it more difficult to implement level-scaling to these older zones than it was to create new areas designed around the mechanics.

Kubit: It was not a very glamorous job. It was a lot of big data. WoW is a huge game with lots of zones and creatures and quests and spells. Over the years, behind the scenes, they’ve all been implemented in lots of different ways. It was tricky and fun. But yes, it was difficult to go through all of that spiderwebby, cobwebby data and bring it all up to work with the new scaling system.

GamesBeat: What do you think is the big advantage of level-scaling? Is it getting players this flexibility, or is it the fact that you can maybe see the end of a lot of these quest lines that, before, you would skip because you’d out-leveled a zone?

Kubit: I think the latter is the more noticeable one. You have that opportunity to finish a storyline and do so efficiently, more than you could in the past. Those are both big goals. Another one that often goes unnoticed, especially if you spend a lot of time playing solo, is it does make it a lot easier to play with friends as well.

GamesBeat: Once you hit level 60, you can go to either Outland or Northrend for 60 to 80. Why go for that format, as opposed to all of 70 to 80 being Outland, or 70 to 100 being all of the first four expansions? Why go with the grouping you did?

Kubit: This was a structure that we ended up playing with a lot before we settled on where we’re at. We’ve had enough expansions to the point where we are now — we’re playing expansion 7.0 and 8.0 is on the horizon. It actually didn’t feel necessary to make sure that every single player goes to every single continent to get to the endgame. There are a couple cool moments that happen that we wanted to focus on.

When you hit level 60, level 80, level 90, here’s a choice you have. Your warchief or your king has delivered you a couple important war orders. There are problems on the other side of the Dark Portal, or we have issues going on in Northrend. You’re an important hero who’s done a lot here in Azeroth. Choose your battle orders and follow what you want to. Focusing on those cool moments made it a goal for players to get to. When I get to 60, I have this cool choice full of agency I can make.