I’m finding my love of Warcraft in Odin wrong places. OK, I may be working too heard for a clever intro there.

After unlocking my artifact weapon and my class hall, I spent my second day in World of Warcraft’s Legion expansion exploring my first zone, the Norse-themed Stormheim. Completing those quests also took me to my first dungeon, the Halls of Valor. It was all some of the most fun I’ve had leveling a character in World of Warcraft. 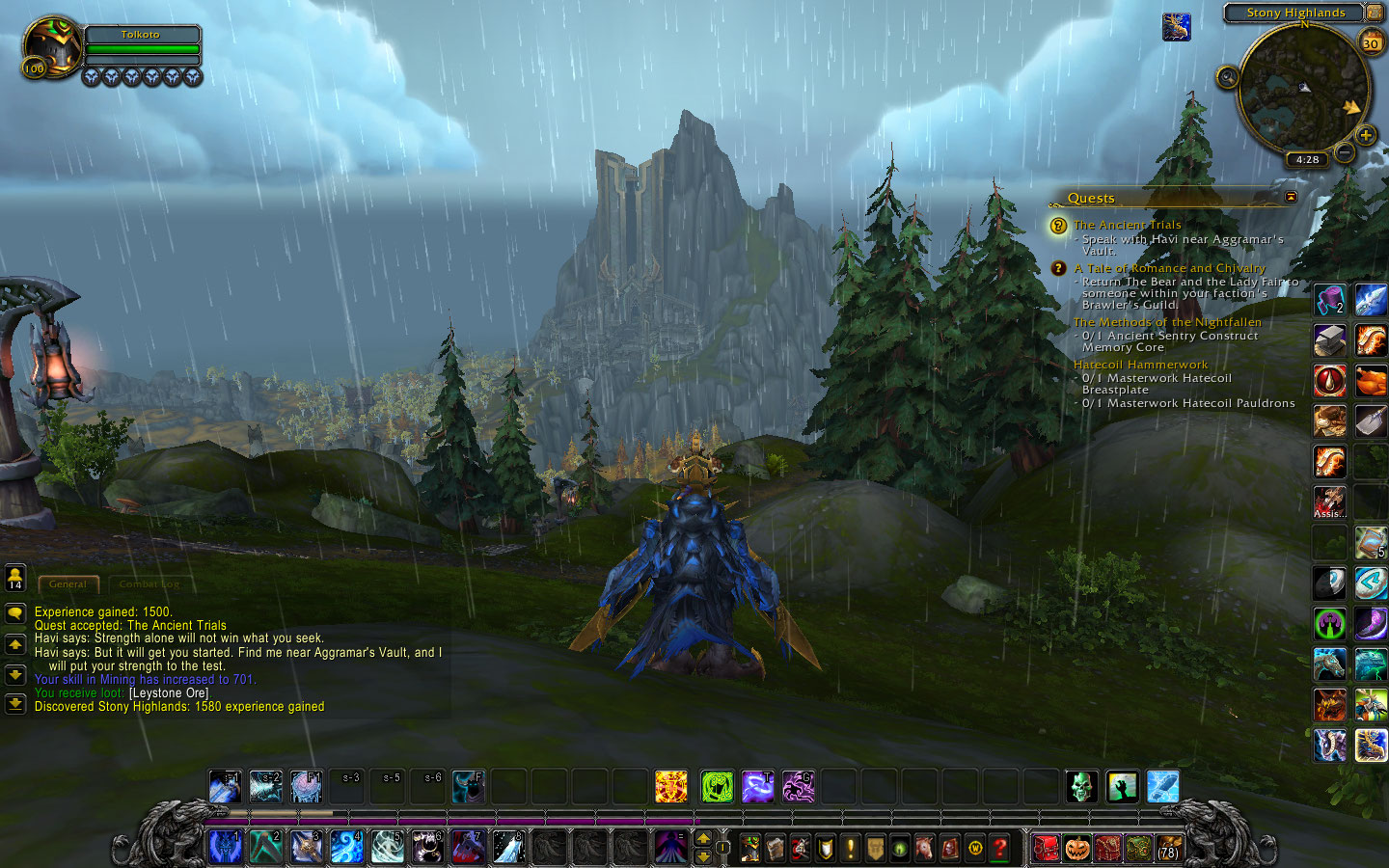 Usually, you have to tackle expansion zones in a mostly linear order. Level-scaling in Legion allows players to go to any new area they want in any order. I had a choice of four, and I went with Stromheim. I’ve liked similar zones from other expansions, like the Howling Fjord in Wrath of the Lich King, plus the quest dialogue noted that Genn Greymane, the leader of the Worgen race, would be there. I figured that this area would continue some of the story started in the pre-patch quests that saw the Alliance leader, King Varian Wrynn, killed in battle.

The introduction to Stormheim was exciting. I entered in an airship, parachuted onto some enemy vessels, and crashed into a mountain. After rescuing the survivors, I started my journey for one of the Pillars of Creation. We need these items to stop the Legion, which are scattered around the Broken Isles. This clear objective gives you more agency and purpose, and it makes each zone feel like a self-contained story and adventure.

To get this Pillar of Creation, I had to do a bunch of quests to show my worth to an Odin-looking god. In the middle of all this, I also had to help Greymane take on Sylvanas, the undead leader of the Horde. Not only did the zone move me closer to my Pillar-collecting objective, but it continued the larger Warcraft narrative while showcasing two of its coolest character.

The quests were mostly typical stuff —  go there, kill that, talk to this guy, click that thing — but they took place in some beautiful locations and featured memorable characters. I had a good chuckle when I went to give a god a bunch of severed heads from my fallen enemies, only to see that he himself was recently decapitated. 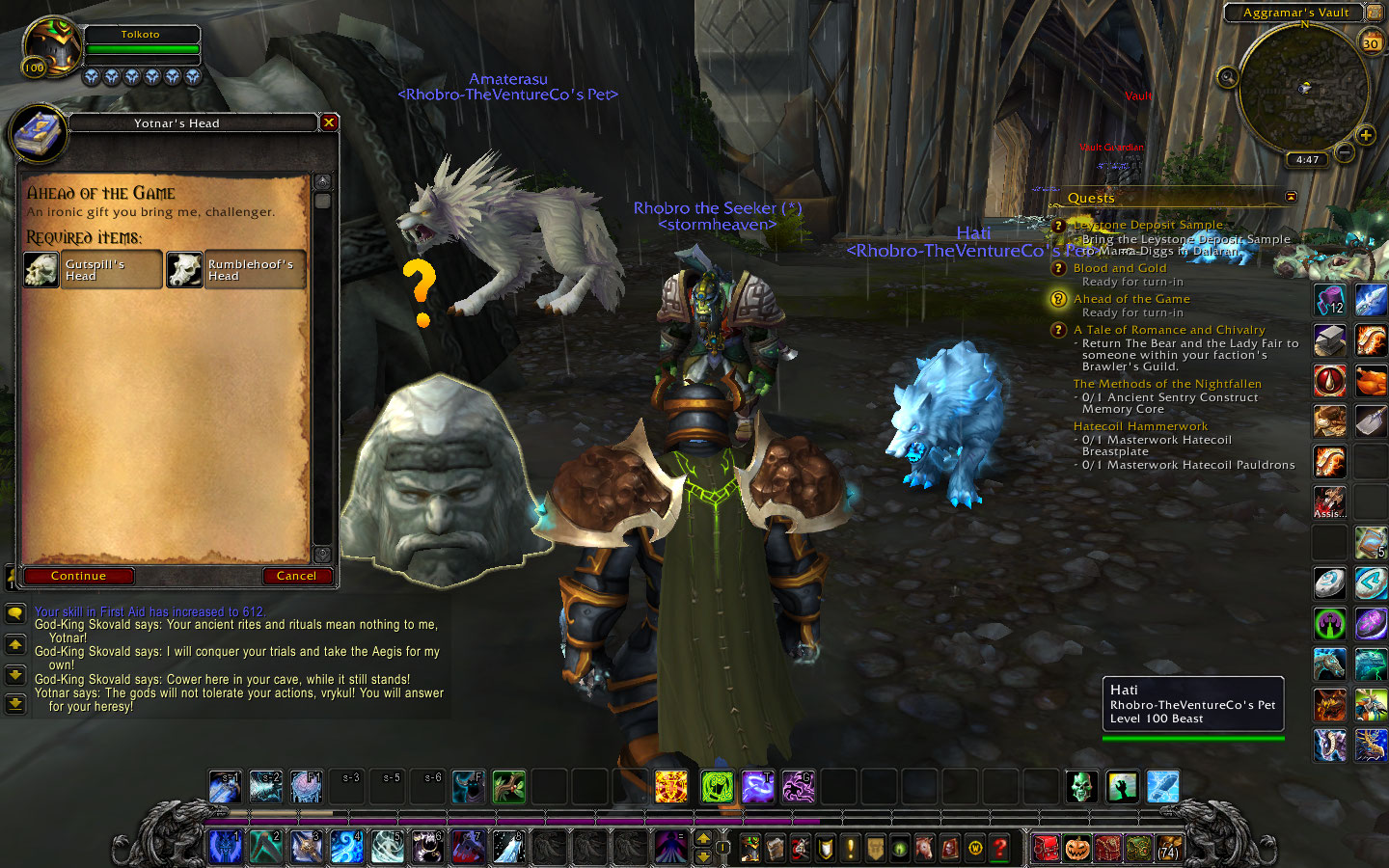 I was also given a grappling hook to use during my time in Stormheim. I used it to access high points, making it easier to navigate the vertical landscapes. It’s nice to have a little something like to make a zone feel unique.

I also loved how much content littered the map. Besides quests, you’ll often find minibosses and treasure chests in the area. Beating a boss or opening a chest can give you new gear, pets, and (best of all) artifact power, which makes your artifact weapon more powerful.

Also, the music in the area was just awesome. Just take a listen.

Once I finished the major quests in Stormheim, I had to beat a dungeon, the Halls of Valor, before earning the Pillar of Creation. Dungeons are areas filled with bosses that require five players to beat: three damage deals, a healer, and a tank.

Dungeons have been a part of World of Warcraft since the beginning, but this was one of the best I’ve played. The mechanics were complicated enough that I had to do more than just stand still and whack away at my enemies, but they weren’t so complex that I had to read a strategy guide before standing a chance at beating it. For example, the final boss would put a different rune on top of each players head. A pattern on the floor had each rune written on it in different spots. You had to run to the area that matched your rune to stay safe.

The Halls of Valor also just looked cool, especially a part that turned my allies and me turn into orbs of light as we zipped across a bridge of pure light. 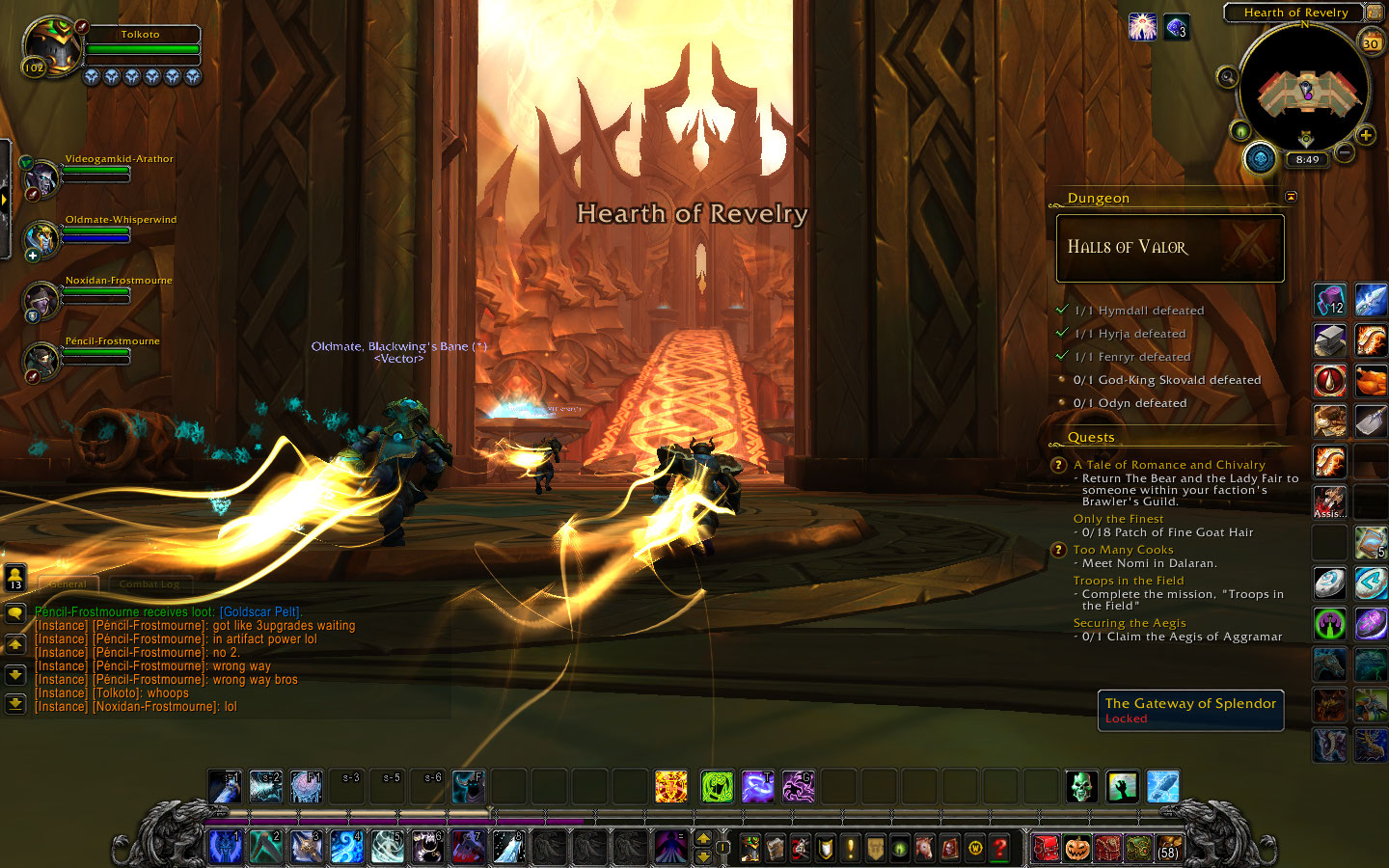 With Stormheim completed, I was ready to start a new zone. However, I actually received a quest from the mage Khadgar, who has become Warcraft’s exposition-mover supreme. He received a strange item and needed me to give it to Prophet Velen, the leader of the Dranei (which happens to be my Death Knight’s race).

To do that, I had to go to the Exodar, the Dranei capitol introduced in the first expansion, the Burning Crusade. These days, the Exodar is abandoned by players. They just don’t have anything to do there that they couldn’t accomplish at a more popular, convenient city like Stormwind.

Just like with the artifact quests, I love how content like this gives me an excuse to go back to old areas. I won’t give away what happens at the Exodar, but it was another experience that continued Legion’s story while giving important characters a chance to entangle themselves in the expansion’s narrative web. 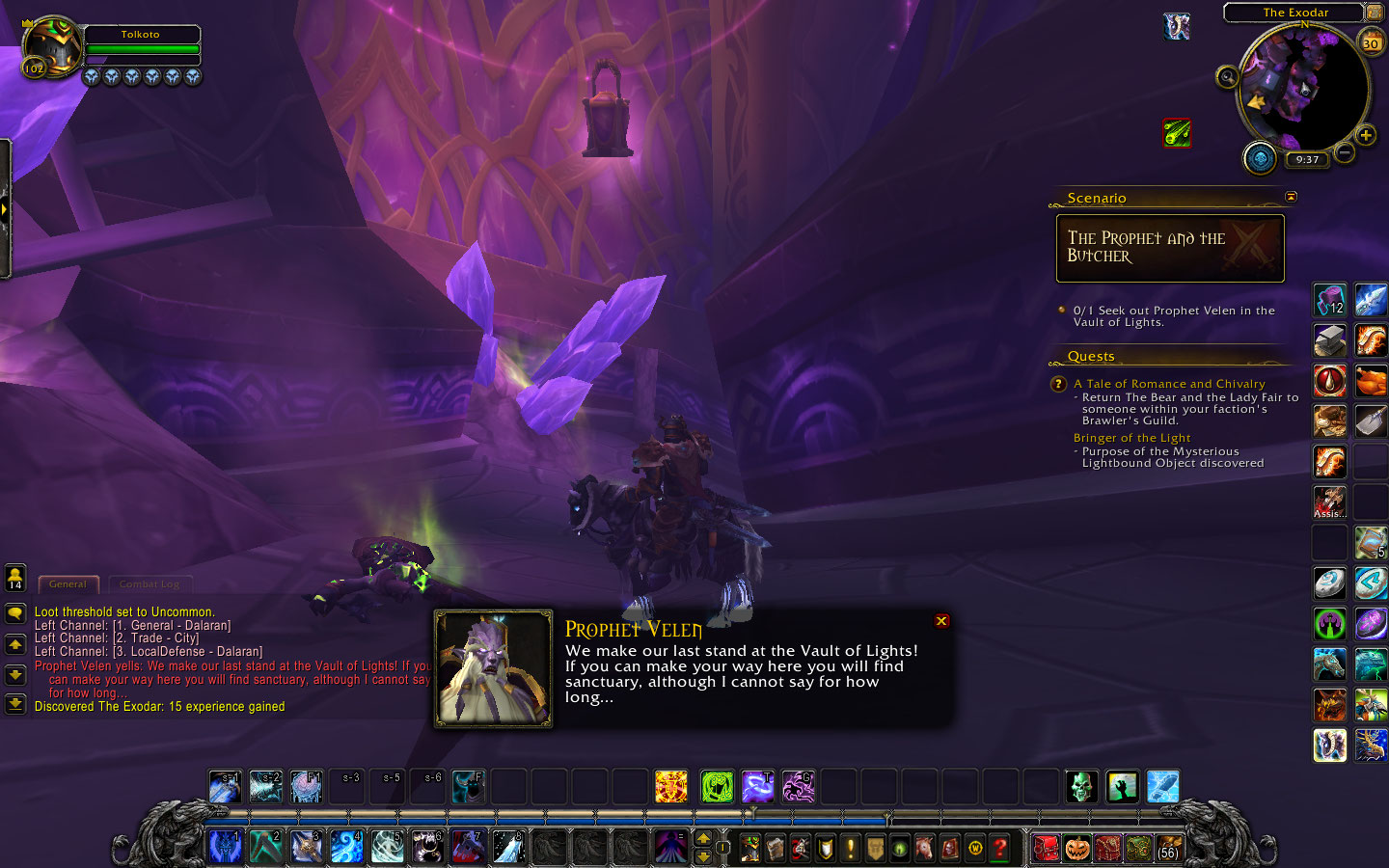 Above: An epic battle in an unlikely place.

Let’s keep this up

If Stormheim and the Halls of Valor are any indication, I’m going to really enjoy the new zones and dungeons in Legion. Being able to tackle each area in any order forced Blizzard to give each place a standalone experience, so you feel like you accomplish something when you finish each one. I’m also glad to see so many chests encourage players to explore.