I started my third Legion zone during my fourth day with World of Warcraft’s newest expansion. It’s a beautiful location, but it hasn’t grabbed me the same way Azsuna and Stormheim did. 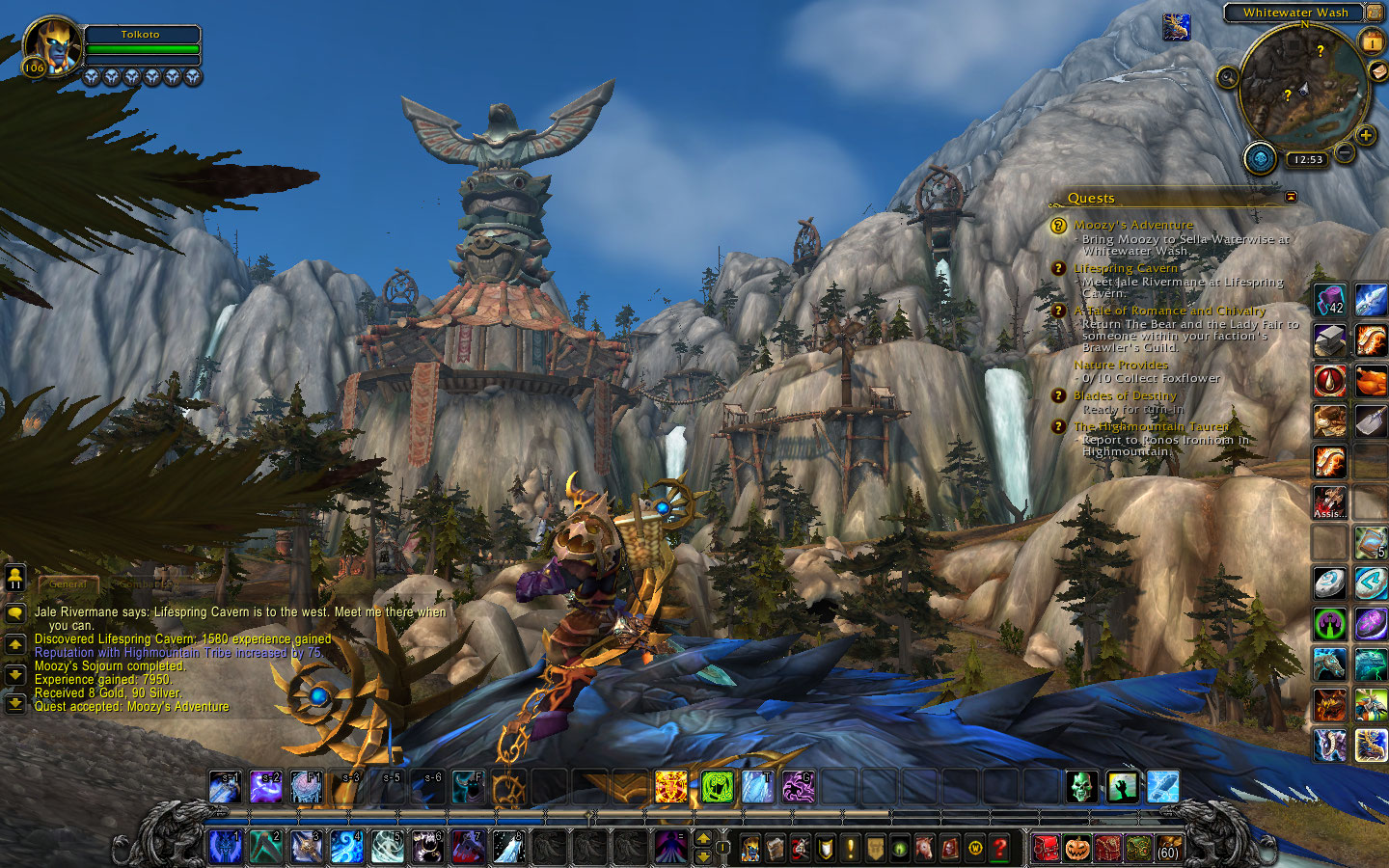 I went to Highmountain for my third zone, a place filled with cliffs, pines, and Tauren (Warcraft’s bovine humanoids). It was the most beautiful area I’ve visited in Legion. It’s all centered around a central tower, home to a group of Taurens that are trying to unite all of Highmountain’s tribes for a battle that will help me earn another Pillar of Creation.

The quests here mostly revolve around uniting the Tauren and preparing them for battle. It felt a bit more standard than the story quests in the other zones. The characters didn’t have as much personality, and some of my tasks were downright annoying. At one point, I had to walk with a slow, old lady as she moved across a long bridge. It wasn’t actually invigorating stuff.

The non-story quest lines have actually been more interesting, including a bunch with Hemet Nesingwary. This dwarven big game hunter is a staple in World of Warcraft, always showing up in locations filled with interesting wildlife. As usual, he gave me plenty of hunting quests, but he also wanted me train a female gnome who wanted to learn the ways of the rifle. She just tagged along and filled her own experience bar while I fought tigers and bears, but it was a neat twist to have to help someone else (even a non-player character) level up.

I actually haven’t finished Highmountain’s story quest yet. That also means I haven’t done its dungeon. Right now, Highmountain would rank last out of the three zones I’ve done so far, but it has a chance to earn some last-minute favor. 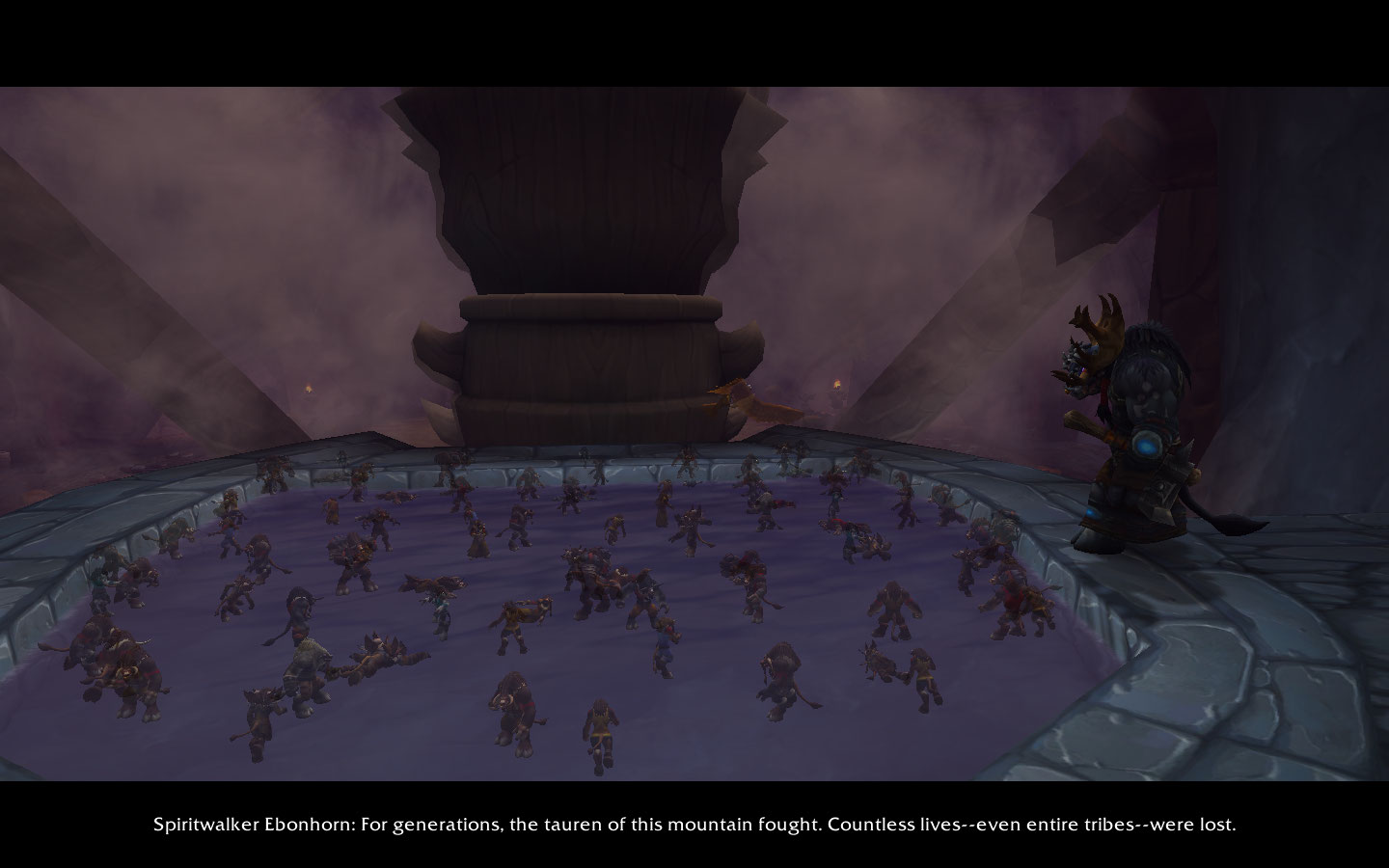 Above: Those aren’t holograms, they’re spirits.

Yesterday, I talked about the class hall missions, which have me sending followers on their own quests and waiting for them to come back and give me the rewards. I’m now realizing just how long that waits can be. Some of these quests only take a couple of hours, but others can last longer than 12 hours.

A bunch of the class hall quests are actually mandatory to continue your class campaign, and these ones take especially long to finish (12 hours of more). And, of course, I have to complete five of them. I only have a handful of followers, so this process is taking me days. It’s a bummer that I have to wait for these un-engaging missions to end before I can tackle more class-specific content. 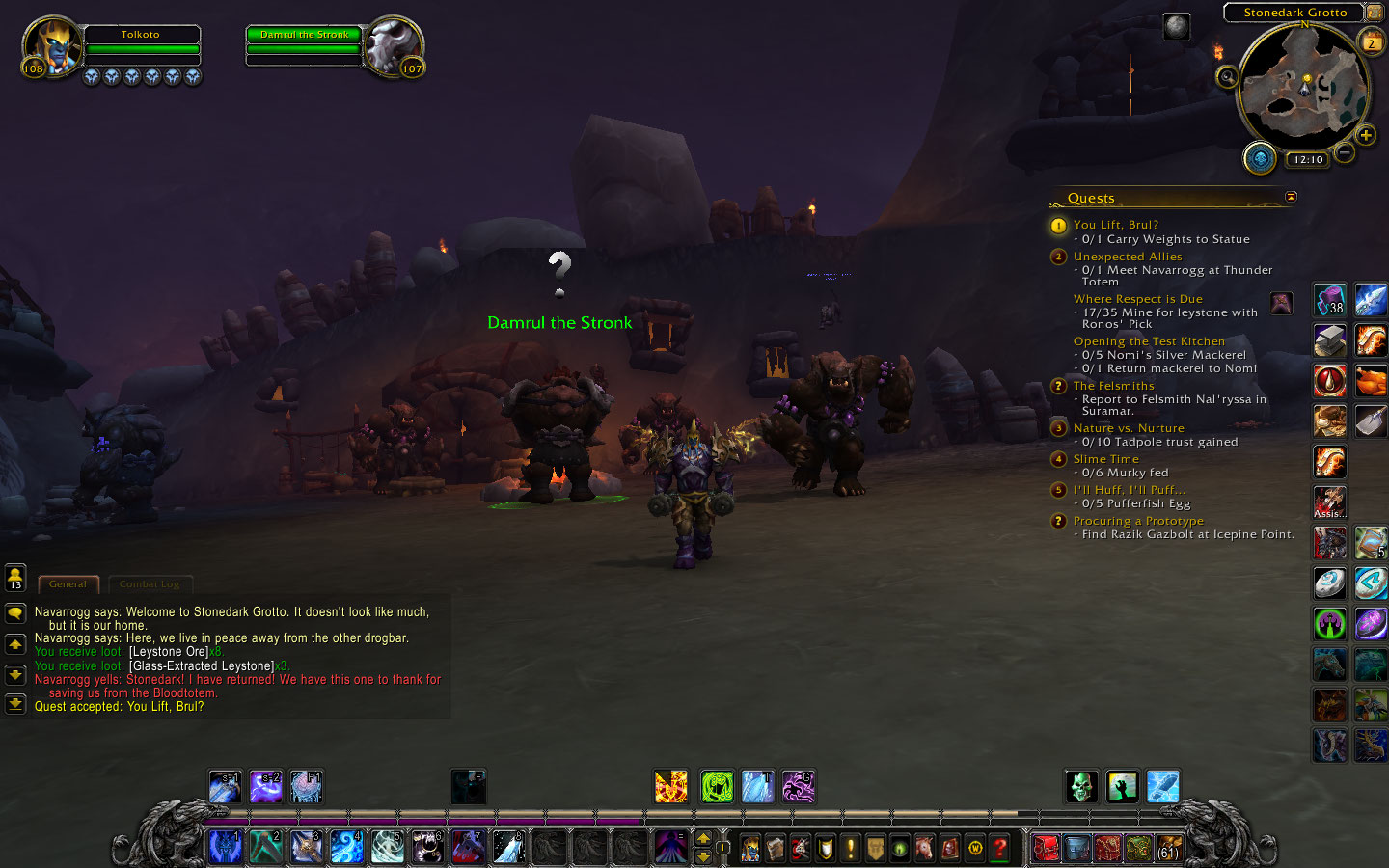 Above: These people are nice as far as rock monsters go.

But look at my level

Despite my griping, I’m still having fun. My character is level 108, so I’m getting close to the cap. More exciting, my artifact weapon is almost powerful enough to give me a new spell, which summons an ice dragon that breathes a frozen breath of death on my enemies. Yes, please.

MMOs are often about carrots-on-sticks. Having all of these different paths of progression — character level, artifact weapon, professions, questing, class hall — make your play sessions feel rewarding. Still, part of me is beginning to become impatient. I’m starting to skip over non-story quests (I clearly don’t need the experience if I’m already level 108 and still have so much content ahead of me). I want to see what happens next in the story, not necessarily kill 10 more murlocs for a little extra experience.