Man, Azeroth is lucky I’m around.

I’ve become a pretty big deal in the latest expansion for World of Warcraft, Legion. I’m now the leader of the Death Knights, I’m assembling ancient artifacts known as the Pillars of Creation, and I even crafted myself some cool shoulder pauldrons! OK, that last part probably isn’t as impressive, but I’m definitely becoming a big hero.

And I haven’t even hit the level cap yet! 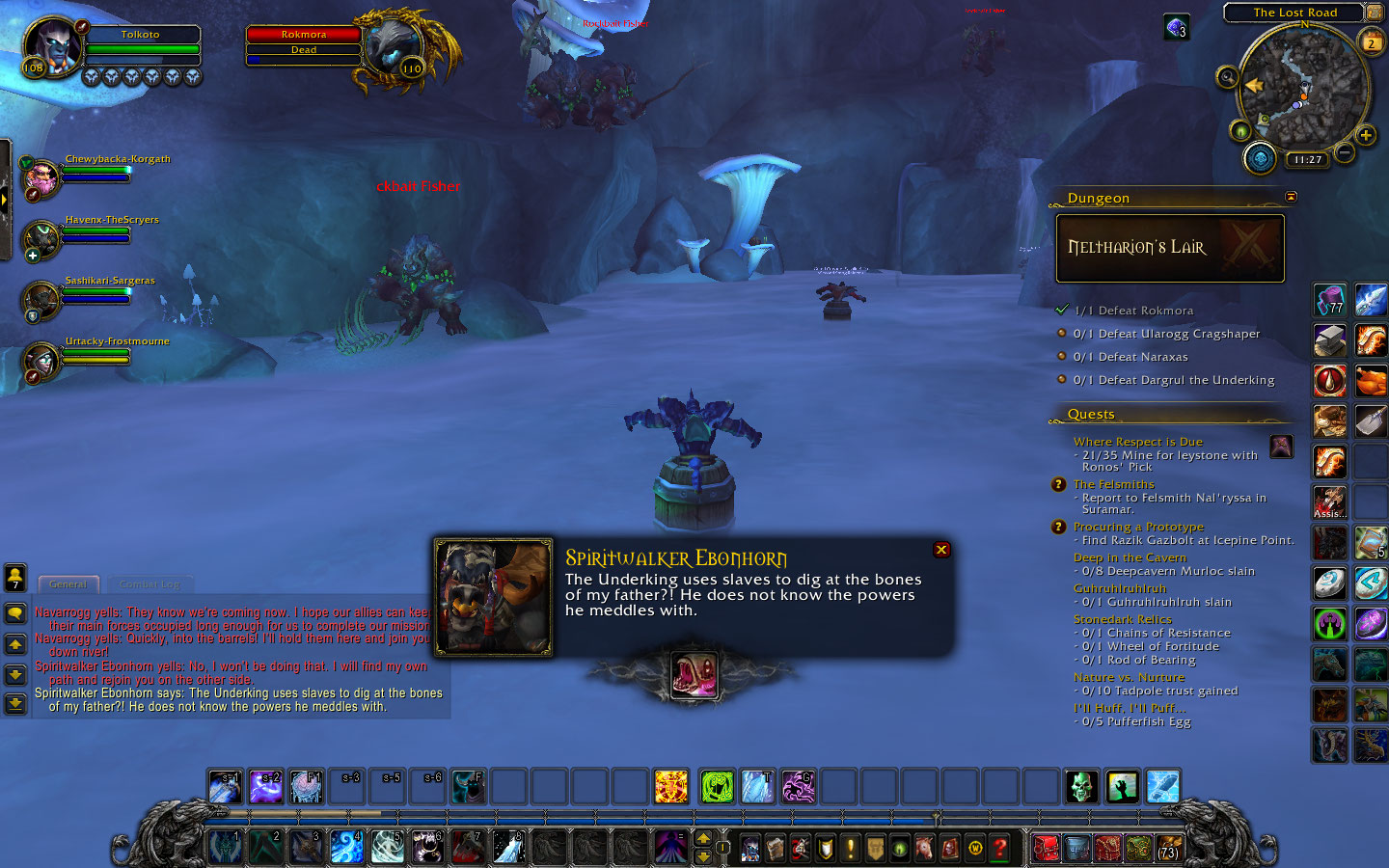 Above: Hold on, Bilbo!

Yesterday, I noted that Highmountain needed to finish strong if it didn’t want to be my least favorite Legion zone so far. Well, the final parts of the area were pretty cool, but it wasn’t enough to overcome Stormheim and Azsuna.

The last quest chain was actually pretty simple. In fact, I’m beginning to see a pattern here. You go to confront the zone’s big bad guy, fight him for a bit before he runs away, and then someone tells you to chase him into a dungeon. But at least the Highmountain dungeon, Neltharion’s Lair, was pretty cool. It had some unique sections, including a Hobbit-esque moment that had my allies and me riding down a stream in barrels.

The bosses were some of the best I’ve seen in Legion yet, especially one that had us playing version of the “which cup is the ball hidden under” game. Mechanics like these make fights more interesting beyond having players hit stuff and dodge fire on the ground. 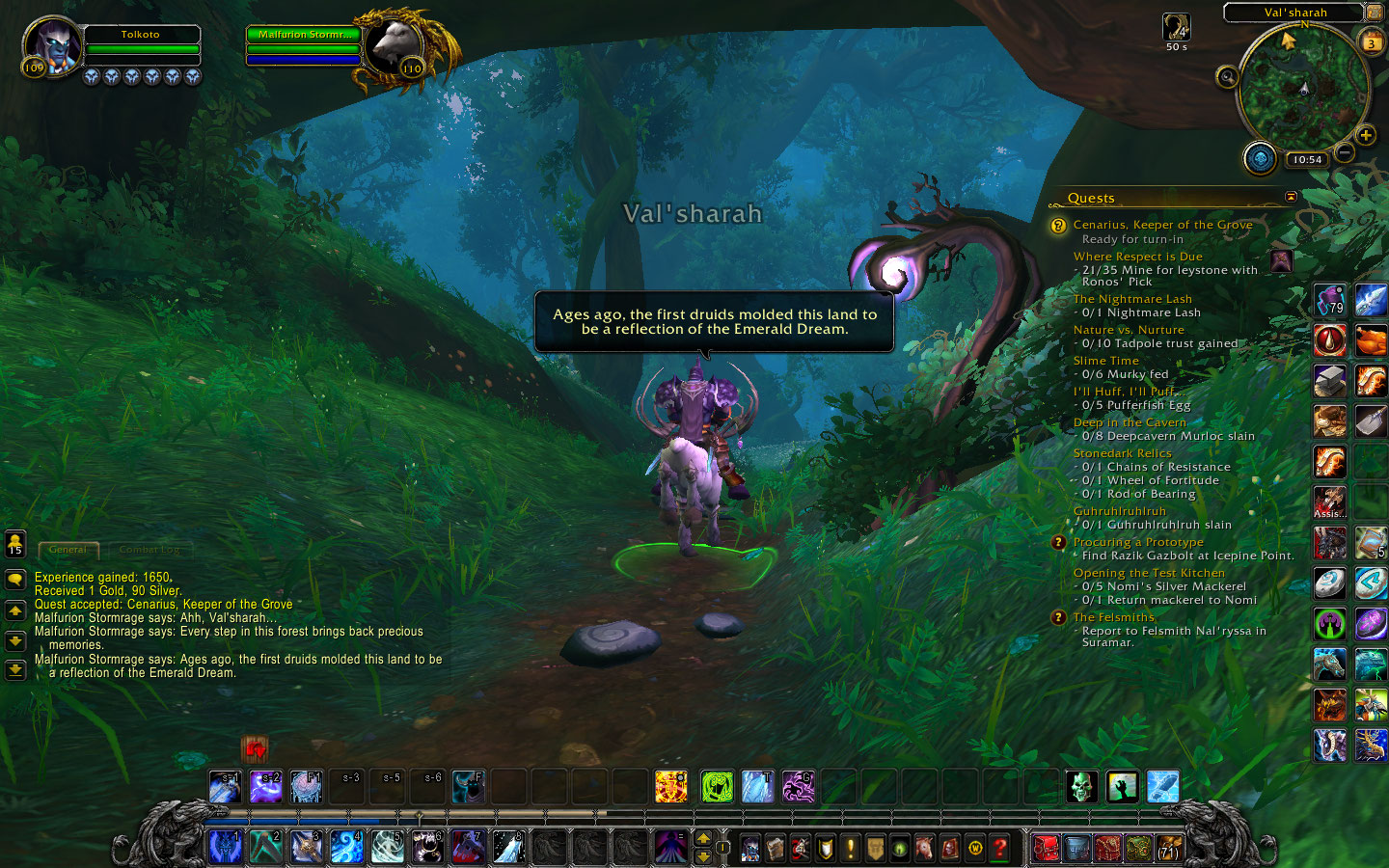 Next, I headed to Val’sharah, the last of the four “choose in any order” zones for me. This place looks familiar to anyone who’s ever been in Warcraft area inhabited by the night elf race. That has Val’sharah ranking low on the originality spectrum, but it’s still a beautiful, lush zone. And we haven’t seen the night elves take a central role in an expansion for some time, so this was a welcomed addition to Legion.

It was also cool to see Malfurion, the night elf druid who played a large part in Warcraft III, take a central role in the zone. He even turned into an animal and let me ride on his back at one point. What a bro!

I’m about halfway through Val’sharah, but I’ve encountered some interesting quests. My favorite was one that turned me into a wisp that had to grow trees in the forest while avoiding hungry fish. It was a nice break from the usual murder and mayhem that quests usually task with. 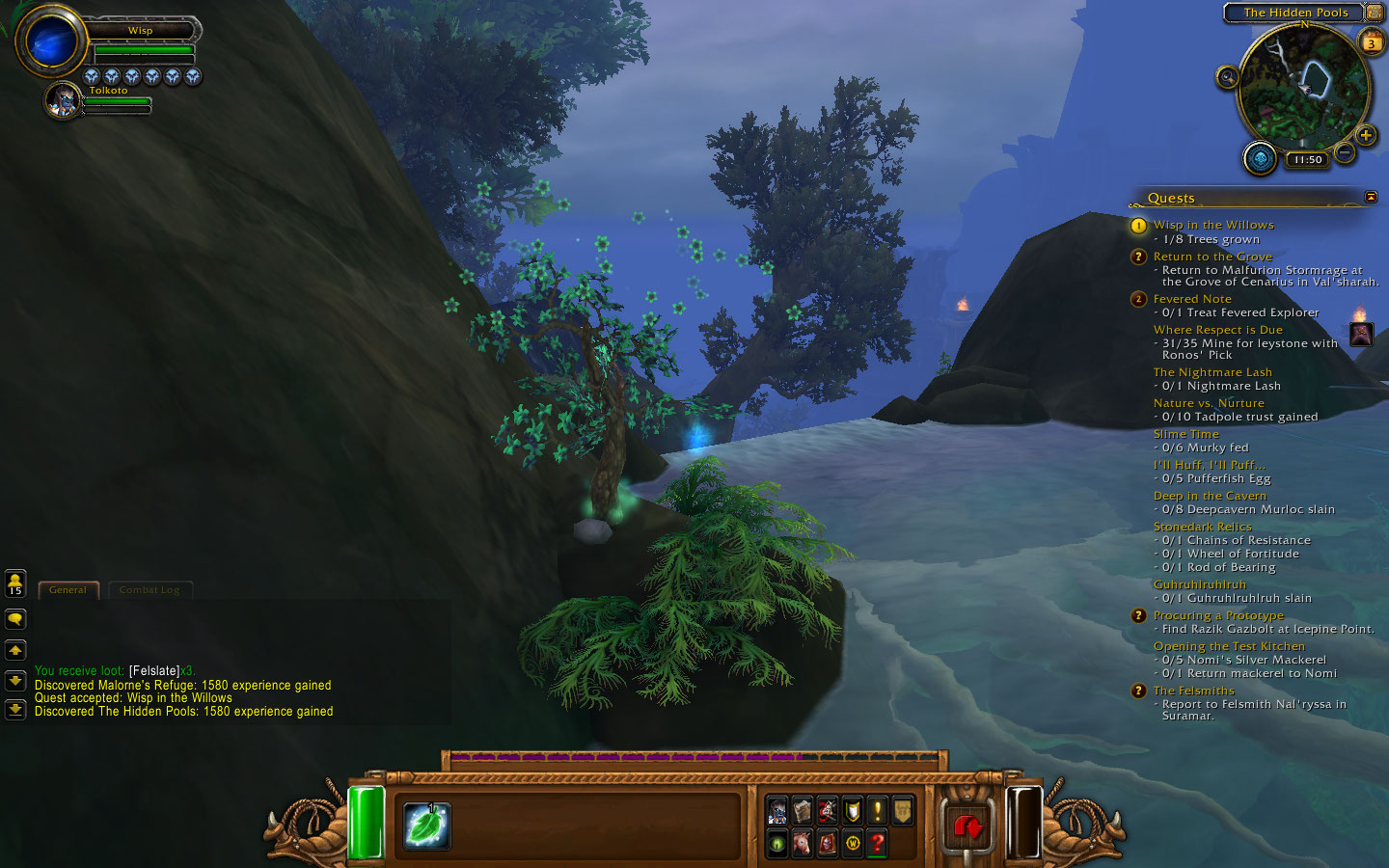 I’m now level 109, so just one away from the cap. So far, Legion has been the best leveling experience I’ve had in any World of Warcraft expansion. The zones are gorgeous, and they do a good job of integrating famous Warcraft characters without making it feel like cheap fan service.

But I am getting excited to reach the end game content. Before Legion came out, I told myself I didn’t have time to raid in World of Warcraft anymore. But I’m beginning to feel that itch.