I’m in a strange place in my Legion adventure.

I’m at the max level, but that doesn’t really mean much. I’m still locked out of a lot of the content in World of Warcraft’s latest expansion until I earn some better gear and finish more quests. The work of a death knight is never over. 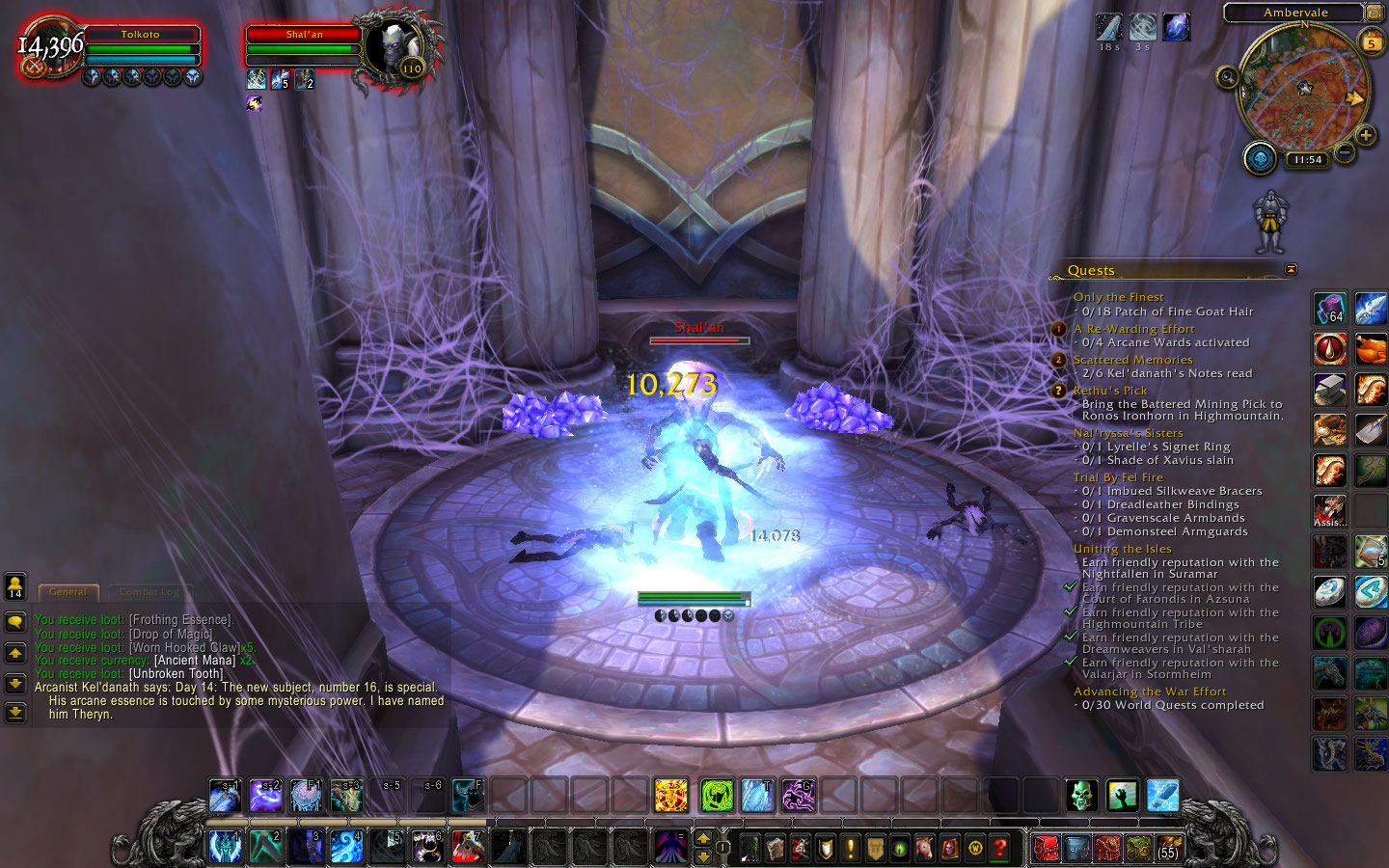 Above: Die an icy death.

Suramar is the first Legion zone that reminds me of another area from the expansions. Like Azsuna, it has a lot of night elf ruins and features withered members from that race who are struggling with an addiction to magic. Suramar does stand out a little bit because it has a city that’s still very much intact and filled with elves. However, much of the zone feels like a retread.

I’m also level 110 at this point, so questing doesn’t feel as rewarding as it did earlier. I’m anxious to get to heroic dungeons, but I need to get better gear before I’m allowed to enter them. Entering the regular versions of dungeons I haven’t done yet results in long queues, so I try to complete my Suramar quests while I’m waiting.

I also needed to tackle Suramar so I could get my reputation with that area’s faction to friendly. With all the factions at that level, I can start doing world quests, which give rewards like artifact power and gold. I just hit friendly with my last faction before logging off, so I can try out world quests tomorrow. 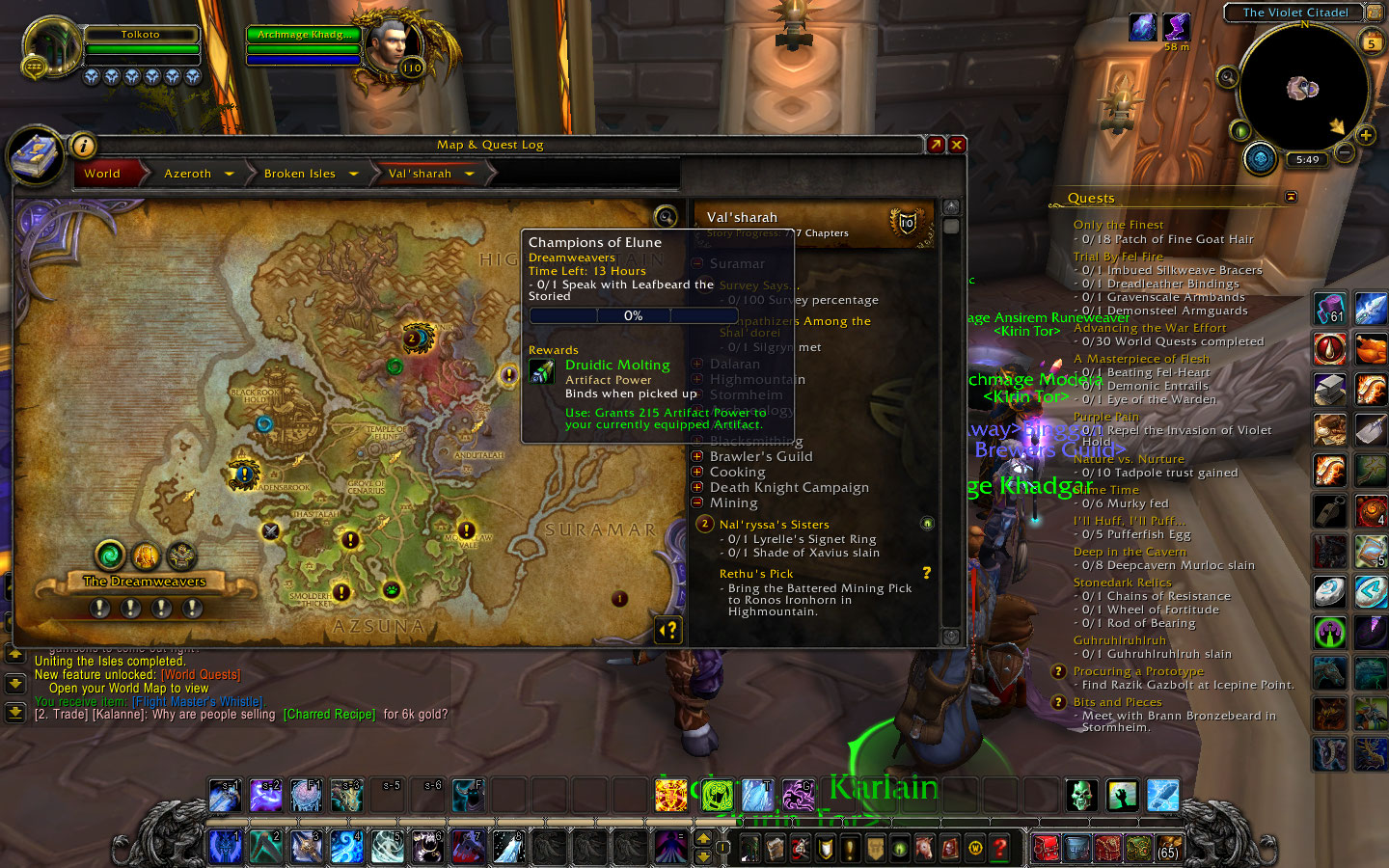 Above: I can now do world quests.

Now that I’m at the level cap, I’m slowing down a bit. During the first week of Legion, World of Warcraft was pretty much the only game I was playing. Now that the race to level 110 is over, I can take my time a bit more … in fact, the game is forcing me to take my time. I have more of those class campaign-required class hall missions to do, which take over 12 ours to complete. Other quests require me to go to dungeons, but the queues for some of them can reach near an hour. Even leveling up my artifact weapon is taking much longer. I used to be able to unlock several points a day. Now I’m lucky to earn a quarter of one.

This is pretty typical for MMOs. The leveling experience is more fast-paced than the slow grind for better gear and optimization. I mentioned yesterday that I was thinking about switching to my pandaren monk. I could even level up that character while I wait for these class hall missions to finish on my death knight. But I still want to see the rest of the story content, both in the main campaign and for my quest. My best bet is to focus on this character.