Just when I think I’m out, I get pulled back in.

In my previous journal for my time with World of Warcraft’s latest expansion, Legion, I was growing frustrated with the long amounts of waiting I had to do. Luckily, I had just unlocked world quests, which gives me something meaningful to do between hitting max level and doing raids. 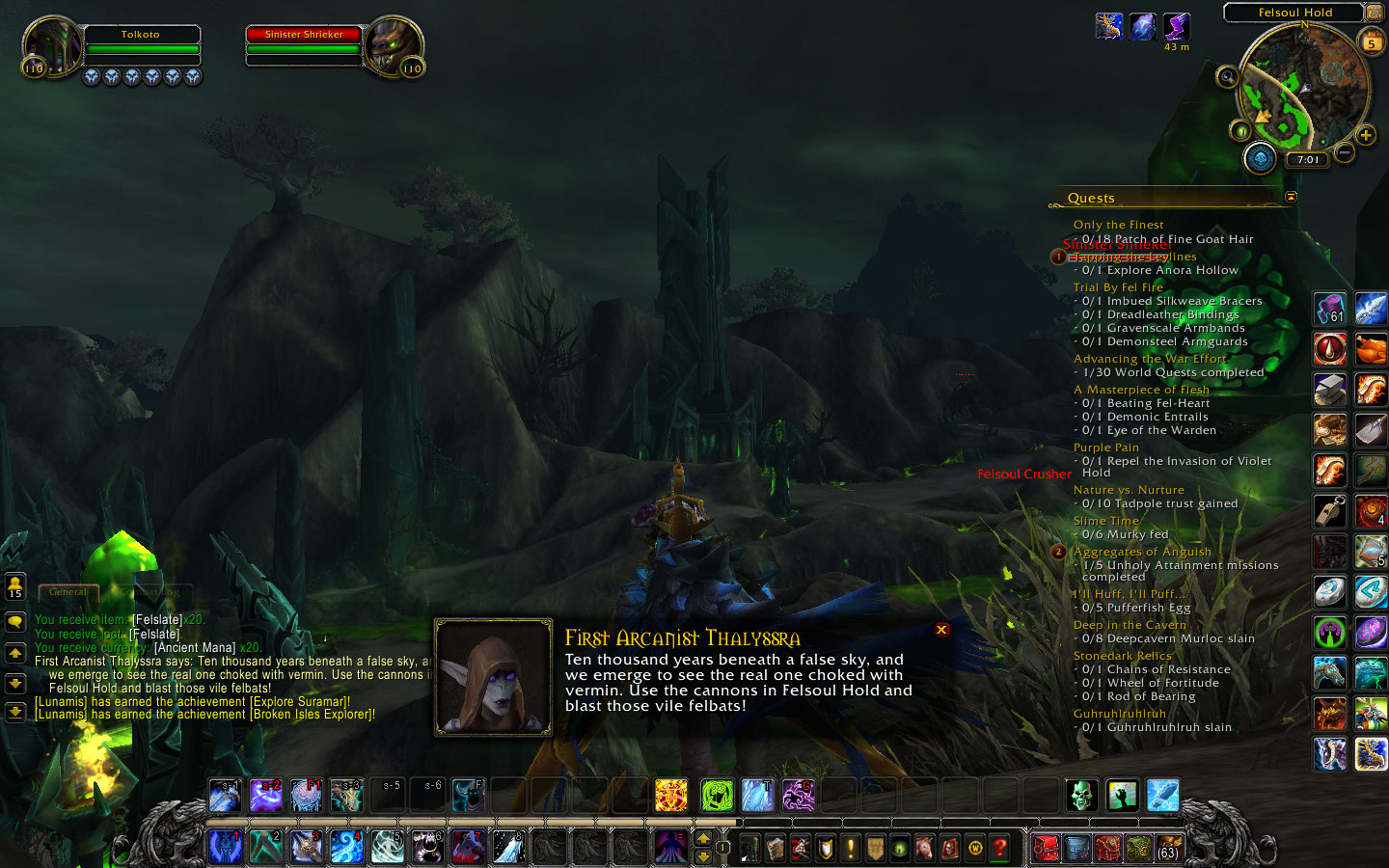 Above: A world full of quests.

These are quests you can do after hitting the level cap that give rewards useful to players trying to gear up for end game content (the stuff you do once you hit the max level), like gear and artifact power. Getting artifact power is especially useful, since gaining points for my artifact weapon is becoming much more difficult once you can’t gain new levels.

The quests themselves are simple. You often just kill things. But this is the kind of easy-going grinding I enjoy. It gives good rewards and a reason to explore more of Legion’s zones.

Some of the world quests include boss fights. These aren’t difficult or complicated as the ones you’d find in dungeons, but it’s fun to see so many people gather around one giant fight in the open world. 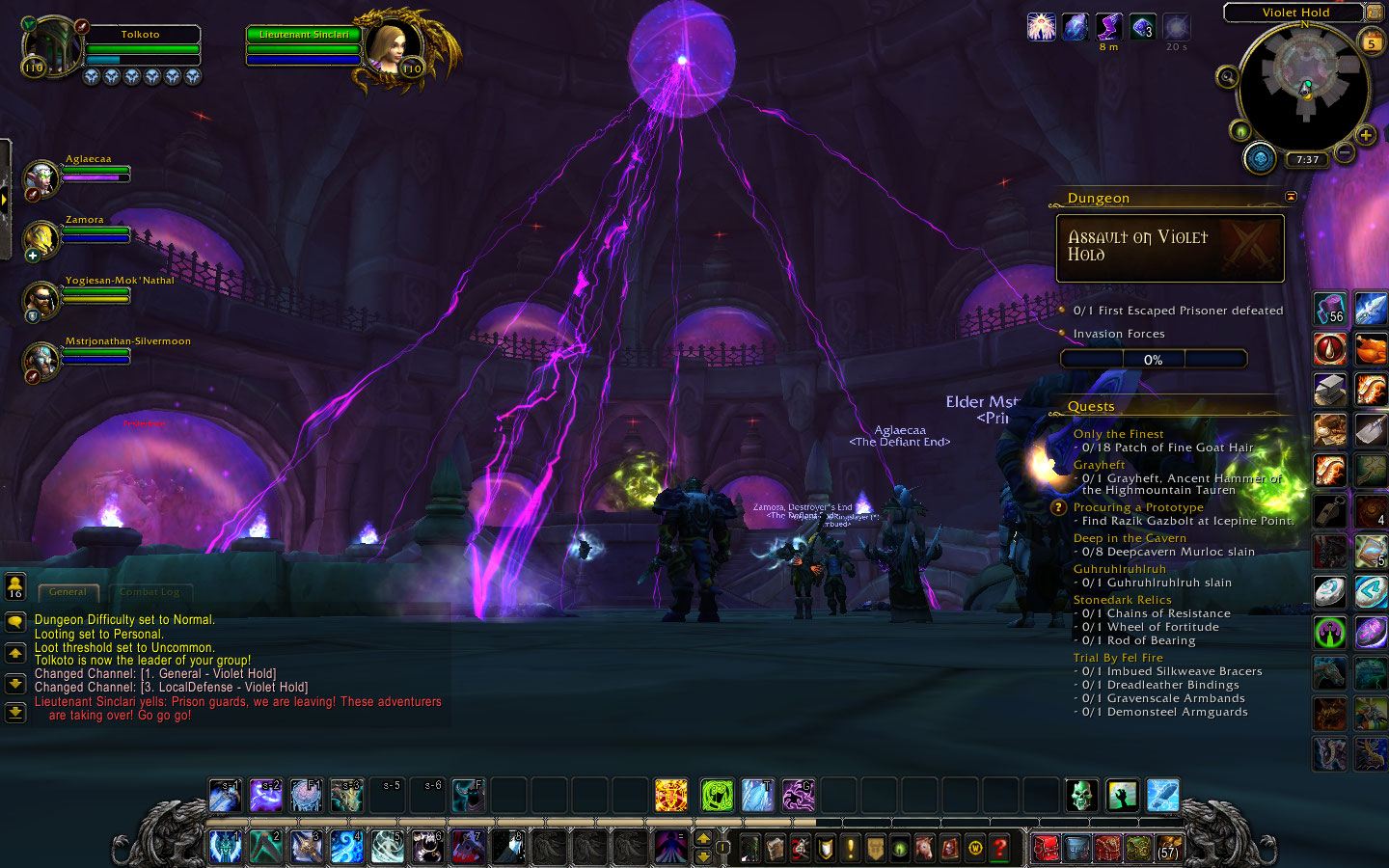 Above: Secure the prison!

Assault on the Violet Hold

I also dove into another dungeon, Assault on the Violet Hold. It takes place in a magical prison, and you actually fight random bosses based on all of its denizens. This gives the place more replay value than most dungeons, since you won’t have the same encounters every time.

One boss was a giant ice dragon that would occasionally freeze the entire first floor, forcing my allies and me to run up to the second story. The final boss was a demon that would occasionally throw four players to one side of the room, while setting up the fifth for execution on the other side. The other four have to run over and free the fifth before they die. These were neat mechanics.

Still, this was another dungeon that bored me with its trash mobs … especially since it all take place in a single room. Before the first boss and between the others, we had to fight several waves of weak monsters. I would have been fine if the encounter was just nothing but bosses, but at least make the trash mob sections shorter. 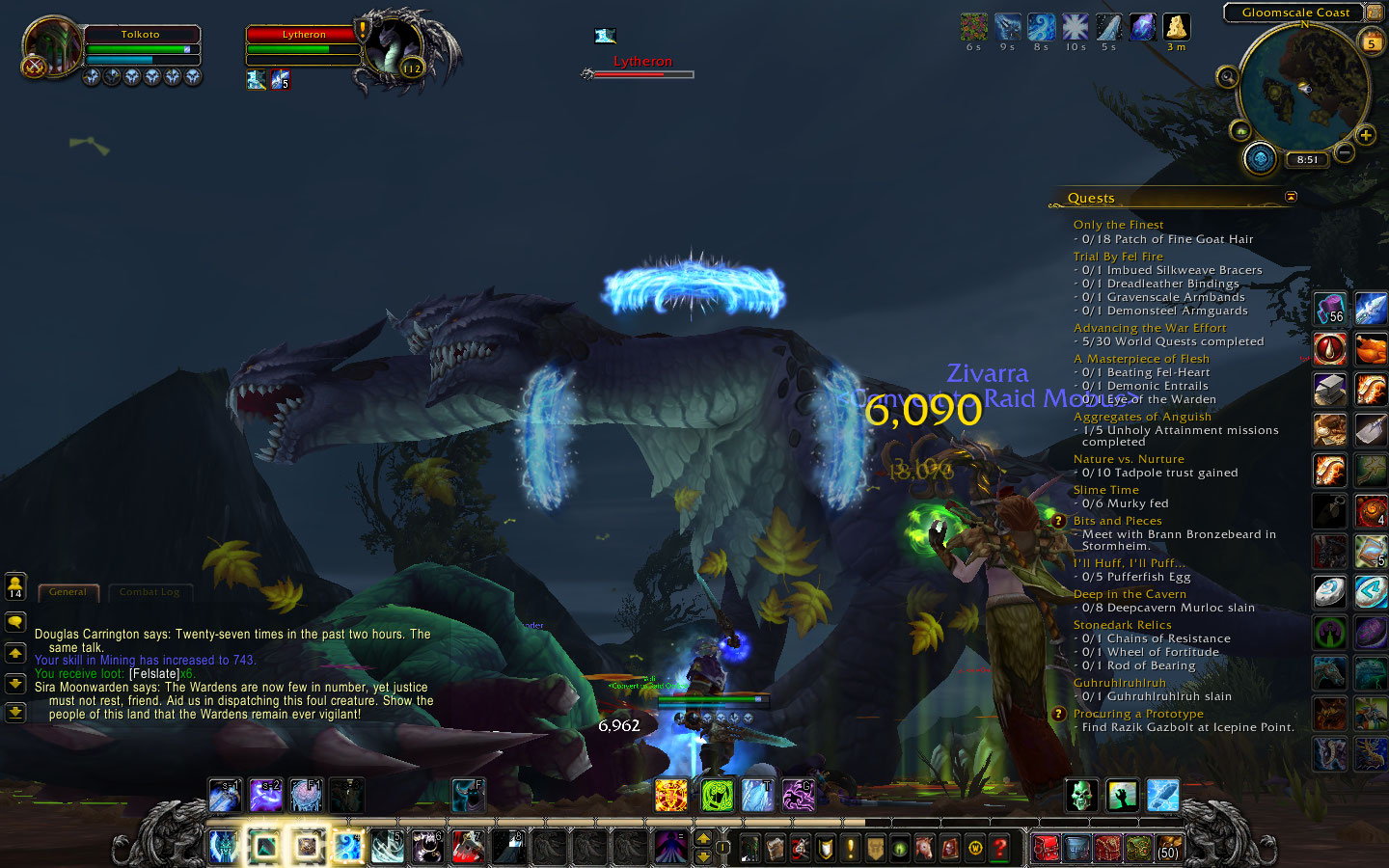 Above: Fighting a monster as part of a world quest.

In my last log, I worried that I was beginning to lose interest in Legion. I had hit the level cap, but I didn’t have the gear to start running heroic dungeons. Now that I see how rewarding the world quests are, I’m a happy little Dranei gain.

My playstyle is definitely changing, though. I usually listening to music or a podcast while I play now. It’s no longer a “requires all my focus” activity now that I’ve done the majority of the story content — at least until I start running those more difficult dungeons.