After 12 years of World of Warcraft, I’m finally switching my playing style a bit.

I’m now almost a couple of weeks into my time with World of Warcraft’s newest expansion, Legion. I had a lot of fun with the leveling content, but now I’m max level and hitting the end game stuff, which focuses more on obtaining better equipment for your character than questing in the story. That means doing a lot of dungeons, which is what tempted me to change my character’s specialization. 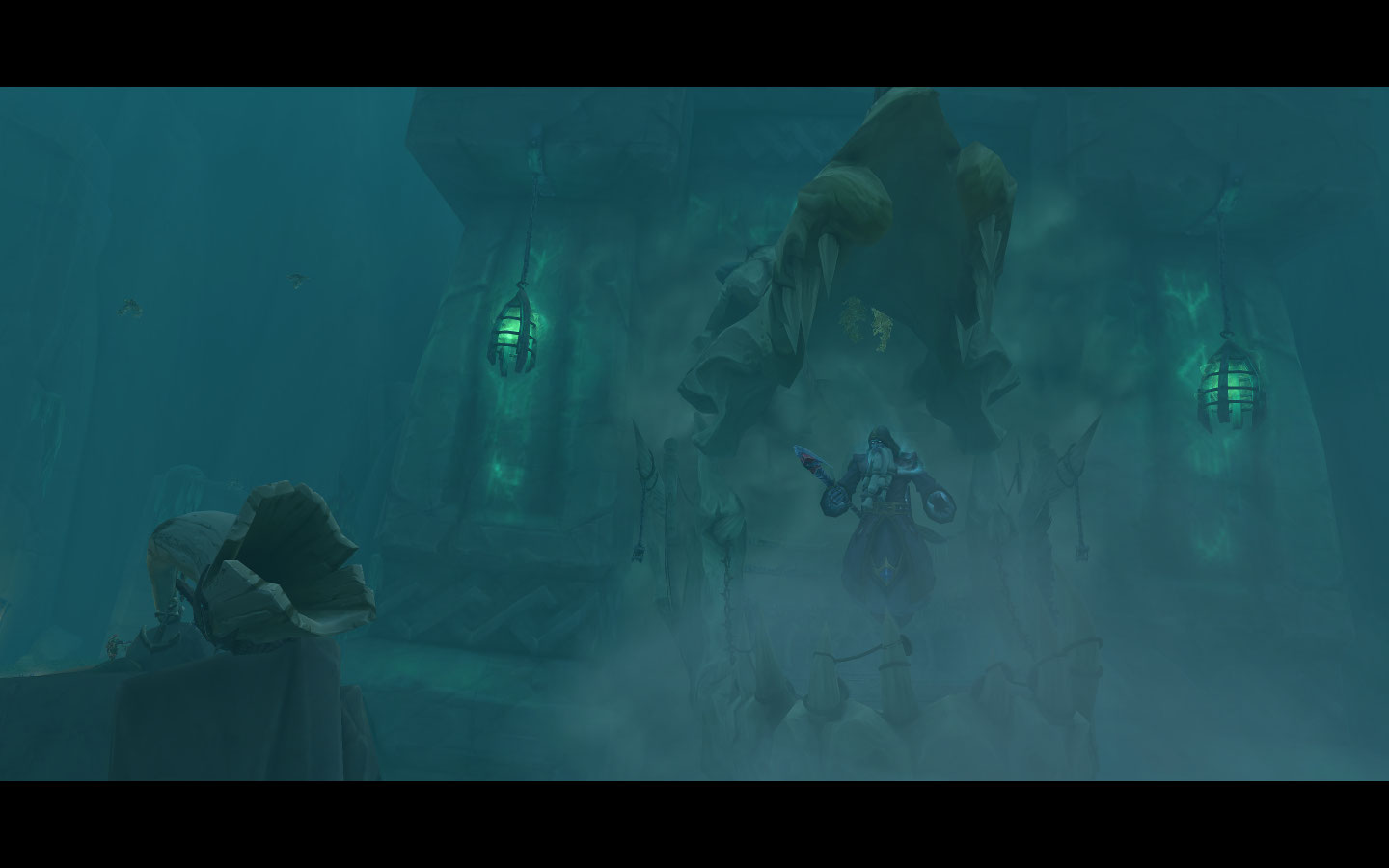 Above: This dungeon even had a fun cutscene during it.

I had to finish more dungeons in order to progress my class campaign, but I was getting tired of how long it took for the in-game queue to get me into one. I’d often have to wait for over 30 minutes. Of course, I could do other things during that time, like world quests or explore more of Suramar, but I was anxious to get these dungeons done. I realized I could get into them faster if I switched to my Death Knight’s tank spec.

I’ve been playing a Death Knight, a melee class, since 2008, but I’ve always focused on its damage-dealing capabilities. In most multiplayer role-playing games, players have one of three roles: damage, healing, and tank. The tank’s job is to draw the attention of enemies and soak up most of the damage. In World of Warcraft’s dungeons, the match-making system will find three damage-dealers, one healer, and one tank. While you’d think that would mean tanks and healers have to wait longer, many more people play as damage-oriented characters.

That’s because tanking and healing can be a harder role — and even a more stressful one. Your mistakes are more likely to cause your entire group to die. That’s one of the reasons I’ve always stuck with the damage characters. But now, I figured this would be a good time to finally try my hand at tanking.

It made a huge difference with the waiting times. I was now getting into dungeons in a couple of minutes or less. I expected that. I was surprised by how much I was enjoying tanking. The added importance and difficulty of my role made me more engaged. I felt more like a leader and less like a tag-along. Sure, all five of us were fighting, but I was the one that the boss focused on.

I was also surprised by how much tanking helped me in questing. Some of the minibosses in world quests were killing my damage characters, but my tank was able to stay alive and eventually whittle them down (especially with other players joining in the fight).

As much fun as I was having, this also opened up a problem. 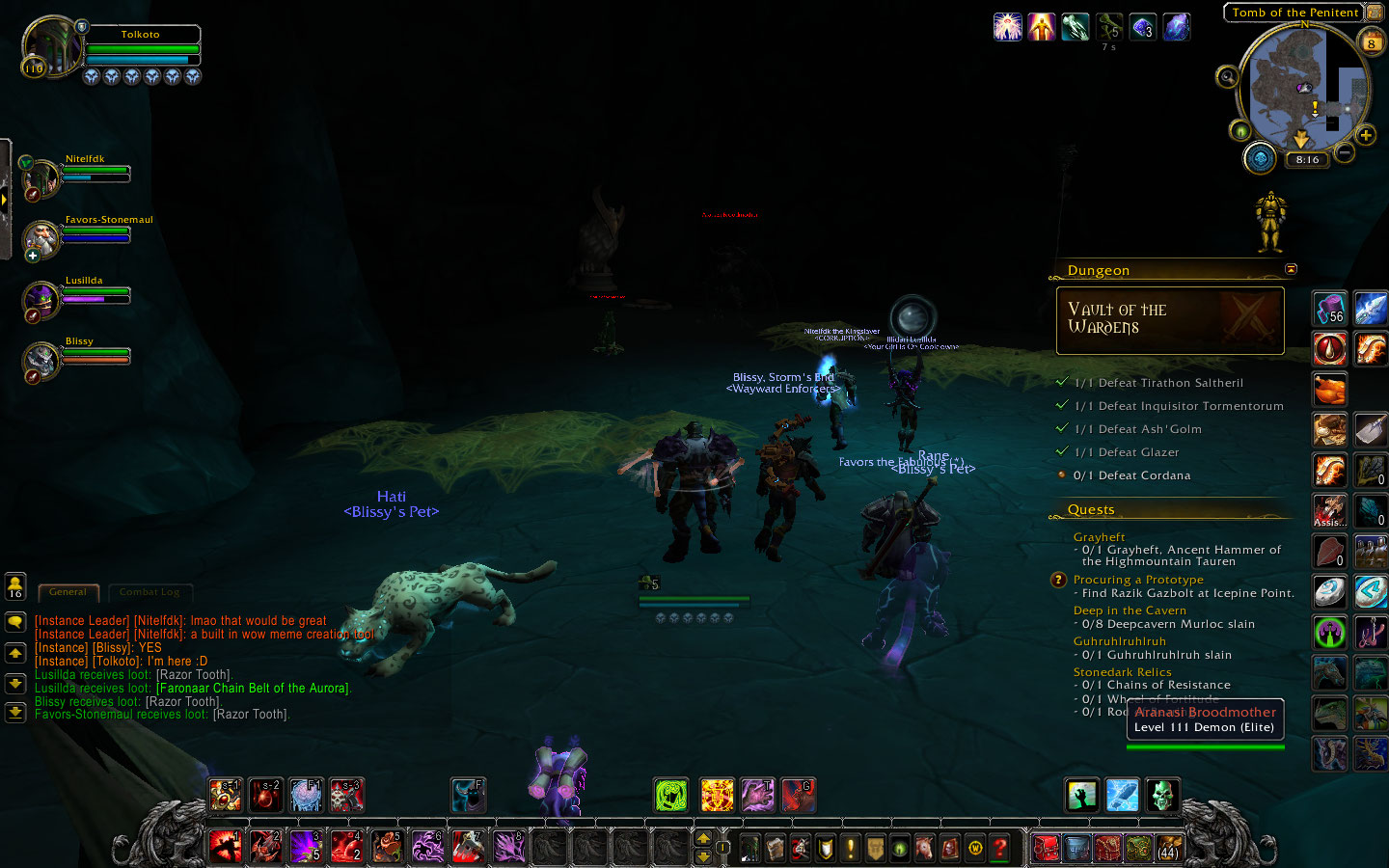 Above: I’m the tank now.

I talked before about the artifact weapon system. Each spec has a special weapon that you level up as you play. Unlocking all of your artifact weapon’s traits and perks takes a lot longer than hitting your character’s max level. At this point, I’ve put a lot of artifact power into my frost spec, which is the damage specialization that I prefer to play. I’m invested into it. I feel guilty devoting any to my tank spec, blood.

Logically, I shouldn’t be so antsy about it. I am able to refund all of my artifact power and redistribute it … but this also costs artifact power. It’s kind of a waste. I feel like I’m so far into powering up my frost spec that I want to finish it before moving onto another one.

But now that I’ve finished so many of the campaign quests, dungeons will be a big part of my time in World of Warcraft. Soon, I’ll be able to run the heroic versions of them and earn better gear. If I want to continue tanking, I’m going to have to make a decision. …