Blizzard deliberately chose to guarantee prices up front in the game time auctions because they didn’t want players — especially sellers, who have bought the tokens — to walk away disappointed.

“Ultimately, it’s driven by a desire to provide the best and most seamless experience possible,” he said. “The way an auction house works is a really great deal for the buyer in terms of simplicity and convenience. You walk up, there’s a thing for sale, this is the price. You have a very simple choice: Take it or leave it.”

That’s not the case for people who are posting things for auction.

“For the seller, it’s much more fraught with risk,” Hazzikostas said. “I think everyone who’s tried to sell an item on the WoW auction house has probably had the experience of putting something up for sale, logging off, going to bed, coming back and finding out that you’ve been undercut 15 times. Your thing didn’t sell.

“You take it down, you re-list it, the process repeats itself. Eventually, you get frustrated at the fact that this thing hasn’t sold, and you’re like, I’m going to go down 20 percent to 30 percent, and then it sells instantly. Then you have that moment of seller’s remorse.” 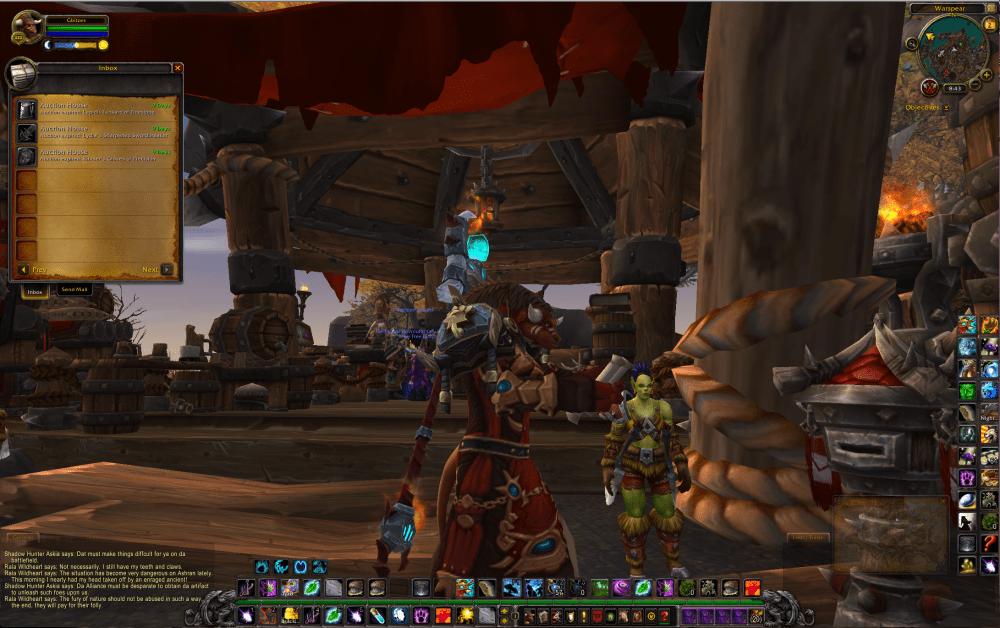 Above: There is nothing sadder than expired auctions in the mail.

That’s acceptable for a random item that a player wants to sell; not so much for a transaction involving real cash, he said.

“That doesn’t sound like a great experience for someone who’s just bought a WoW Token.”

Blizzard will start off by setting a gold price for the tokens in each region and then let supply and demand take over.

“We’re going to look at some things like the current going rate of gold on third-party market sites,” Hazzikostas said — the very sites Blizzard has fought for a decade to shut down. “Clearly that’s an indicator of what demand levels exist.”

They’re also aware of the market differences between the major regions, he said

Tokens will fetch the most gold in Asia 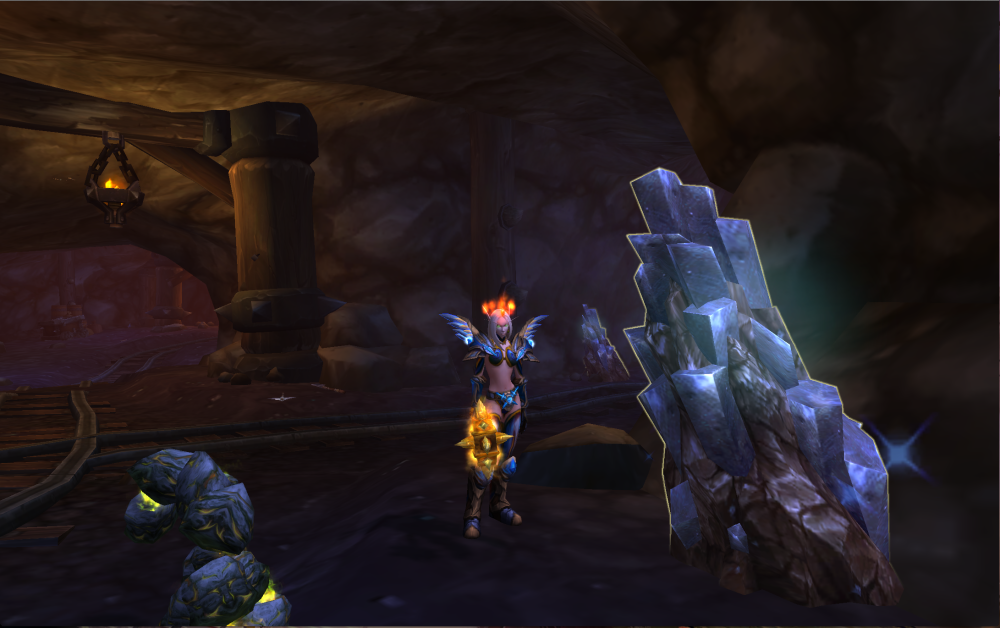 Above: Commodities such as the true iron ore that comes from this type of node make up Blizzard’s “market basket” to compare regional prices.

One way Blizzard knows the price differences between regions is because WoW developers have assembled a “market basket” of trade goods – cloth, ore, flasks, and so on – which they use to compare one region’s prices against another.

Hazzikostas said that difference is not primarily because of gold farming companies in Eastern countries, a popular in-game stereotype.

“Taiwan and Korea pay the most gold for their stuff,” he said. “In Asia in general, one of the common ways of raiding uses ‘gold DKP runs,’ where they use gold the ways guilds might use their own systems to distribute loot. There’s a lot more general tendency to seek out and farm gold because of that system.”

(Players in “gold DKP” large-raid dungeon groups bid for every piece of gear that drops from a boss, contributing gold to a pot that all members of the group split at the end of the dungeon.)

Using the examples of other games 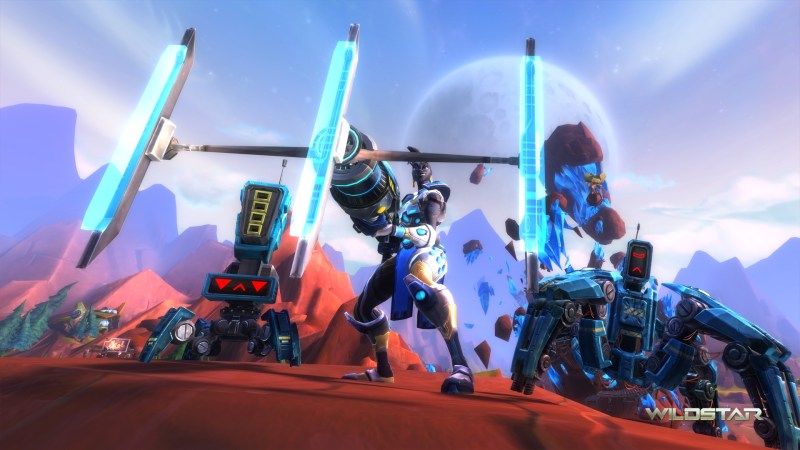 Above: WildStar’s C.R.E.D.D. was one of the models that Blizzard examined before creating the new Warcraft system.

That the tokens and prices will be region-wide is one thing that’s prevented Blizzard from trying this in the past, Hazzikostas said. Before this, auction houses were split by realm (server); this is the first time the company has created a region-wide, shared auction house.

“The entirety of North America, the entirety of Europe, are on a single commodity exchange here in order to help assure fairness and that players have access to buyers and sellers and transactions go through quickly,” he said. “All those things were necessary, but they weren’t easy or quick to make happen.”

The idea partially arose as many do for Blizzard’s developers: Other games did it first.

“It’s hard to pinpoint the single genesis of an idea. Obviously, it’s something that other games have done and have done with a fair amount of success. I think Eve [Online] with its PLEX were pioneers in this area; Wildstar did it pretty recently with their C.R.E.D.D.,” he said. Both systems permit players to buy game time with in-game currency.

“We watch what other games are doing, think about whether some other decisions are a right fit for our game: How can we learn from what they’ve done, how can we adapt those things to offer our players a better experience.”

Blizzard floated the idea in a teaser about potential 2015 plans, and player response was immediate and mostly positive, he said, even from players that said they wouldn’t be likely to use it.

“No one wants to see bots running around, nobody wants to see accounts getting compromised. That’s just kind of a win all around … I personally get tweets every few days saying, hey, where’s that thing that you mentioned,” Hazzikostas said. “We’re expecting that it will be fairly popular.”