Julian Gollop, the creator of the original X-COM: UFO Defense, has successfully crowdfunded his next project, Chaos Reborn. The game creator’s crowdfunding effort on Kickstarter has hit its goal with more than a day to go. 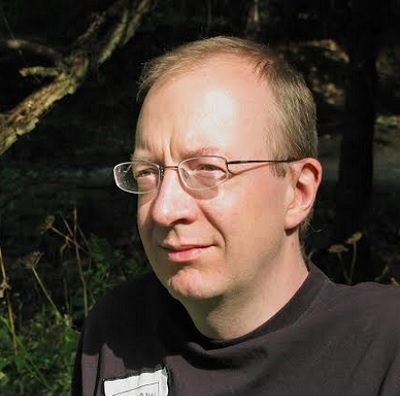 If the funding is successful, Gollop promises a cool strategy role-playing game for players he says haven’t had such a title for three decades. It’s an update to Gollop’s 1985 tactical-strategy title Chaos: The Battle of Wizards, published by Games Workshop. If Gollop raises $180,000 as planned, he hopes to deliver Chaos Reborn by early 2015. As of Tuesday afternoon, the campaign had raised $181,000.]

In Chaos Reborn, players are wizards. They can cast 80 unique spells and employ 24 different creatures, all rendered in 3D animations via the Unity 3D game engine. Those spells include tactical tricks such as Disbelieve, which uncovers suspected enemy illusions. The battle arenas are procedurally generated, with different types of terrain and elevation. Players can fight it out in multiplayer online matches, fight together in cooperative mode, or play a sizable single-player campaign.

Chaos Reborn is partly a sequel, but it’s also a reimagining of the original game with higher-quality presentation. In combat, wizards summon weird and mythical creatures and then fight alongside them. You can use your wizard to attack, defend, buff, and debuff with all sorts of spells. You start as an apprentice wizard and then build your character to Wizard Lord, Wizard King, Demigod, and ultimately God.

Gollop has been making games for 32 years, including the still popular X-COM: UFO Defense strategy game. His fans include Ken Levine, the creator of the BioShock series and a supporter in Gollop’s Kickstarter pitch video (see below).

Gollop plans to make his game in Sofia, Bulgaria, where he relocated in 2005 after getting married to a Bulgarian. He worked at first for Ubisoft Sofia building titles such as Assassin’s Creed III: Liberation and Ghost Recon: Shadow Wars.

But he left in 2012 to go indie. He set up his company, Snapshot Games, last November with David Kaye of Gaming Insiders. So far, they don’t have employees, but they plan to have about six after the crowdfunding.

“Kickstarter for me seemed like a no-brainer since it is widely perceived as a vehicle for veteran game developers to peddle nostalgia,” he said. “A lot of video game backers on Kickstarter are looking for something like the games they used to play.”

During the campaign, Gollop said he has gotten plenty of good feedback. He clarified the rewards and reasserted that users will not be able to “pay to win” in Chaos Reborn. He is enjoying engaging with consumers directly.

He also decided to release a prototype of the game so that backers could see how much progress the team had made.

“This has gone down very well,” Gollop said. “People are really enjoying it despite the rudimentary graphics and lack of animation.”

Gollop acknowledged that Kickstarter is proving to be “increasingly difficult territory for fundraising in video games.”

“Media exposure is pretty critical, but some outlets are considerably more influential,” he said.