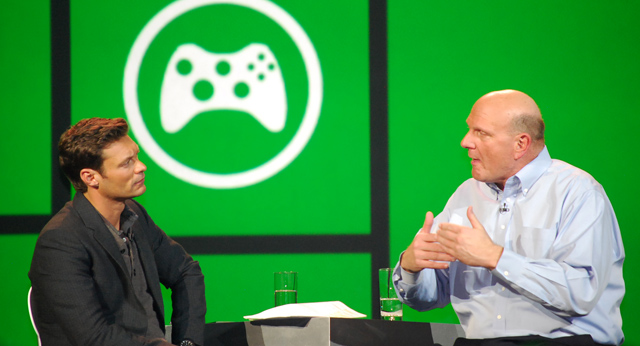 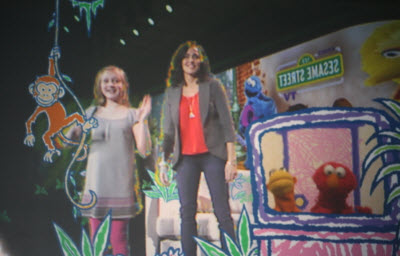 Those numbers are impressive and they reflect a resurgence that the Xbox 360 has seen in the past couple of years. Nintendo’s motion-sensing Wii stole much of the excitement from the Xbox 360 after it launched in 2006, but the Wii’s novelty has worn off, and Kinect has helped rocket Microsoft to the No. 1 position in the console war during the past year. But Nintendo remains ahead in terms of total Wiis sold to date.

Ballmer said he was proud about the progress Microsoft has made in video games and that it was a case of the company at its best, marshaling a lot of resources behind a big idea and executing over the course of a decade.

Microsoft showed a new Kinect application where children could take a Sesame Street TV episode and integrate it into a two-way interactive playground. That application is coming later this year. Ballmer said that Kinect will now come to Windows in a couple of weeks on Feb. 1. He said the company was working with 200 companies to bring cool motion-sensing apps to the PC.

Microsoft showed off the Metro-inspired new Xbox Live user interface, which now has dozens of entertainment options. Fox will be a new partner, making its various entertainment properties available on Xbox Live. Those range from IGN to the Fox News Channel.