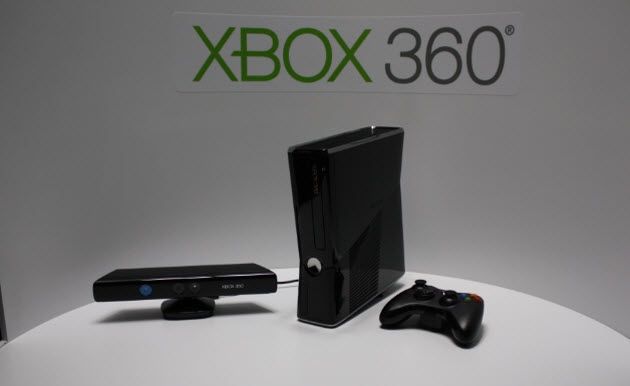 Besides introducing a new model today, Microsoft also did something today that was long overdue. It cut prices on the older Xbox 360 video game consoles by $50 to get them off of store shelves. 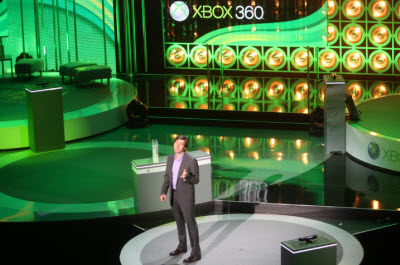 The clearance prices represent a steep drop: One Xbox model is now going for 38 percent off its original price. And even though the sale is temporary, until supplies of the older models run out, it could put pressure on Microsoft’s competitors — especially Nintendo, whose Wii console has thrived at a low price point.

As we reported this morning, Microsoft closed its press conference at E3 with the announcement of a new slimmer and smaller Xbox 360 video game console. Call it the Xbox 360 Slim. But Microsoft senior vice president Don Mattrick didn’t mention in his talk that Microsoft was also cutting prices on its older models. Most of the press didn’t have a chance to stick around and ask questions. But after a day of catching up on the details, here’s what we know.

The new Xbox 360 with a 250-gigabyte hard drive and the smaller black design will sell for $299. The older Xbox 360 Elite console with a 120-gigabyte hard drive will sell for $249. And the Xbox 360 Arcade console, which does not have a hard drive, will sell for $149. The Elite and Arcade consoles will be sold until existing supplies run out. The new Xbox 360 Slim is going to be available in the coming days, with some stores getting them as early as Tuesday. It was kept a secret because Microsoft evidently didn’t tell retailers ahead of time; normally, retailers print ads in flyers as much as a few months ahead of time. But this time, there wasn’t much by way of leaks, at least not until the last day or so. 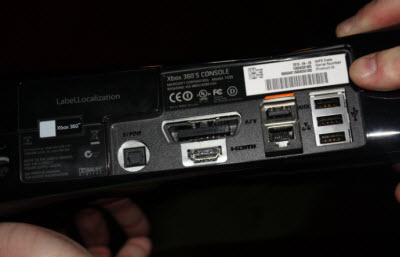 So in that sense, it isn’t really a permanent price cut; it’s a clearance deal. But one question is just how long these older models will sell for. If the Xbox 360 Arcade unit continues to sell for some time, then that could affect the competition. At such a low price of $149, the Arcade unit would put pressure on Nintendo to lower the price of the $199 Wii. Sony, meanwhile, may have to consider its own counter moves. But all indications are that the Arcade unit will also likely be discontinued at some point.

Price cuts are an important tactic for game companies. As they learn how to make machines more economically, they can either take the higher profits on each machine sold or they can pass the savings on to the consumer. The latter happens when demand weakens, and in the U.S. market, that has definitely happened.

Hopefully, the new model will spur shoppers back into the store. The new black model is about 15 percent smaller in volume, making the console close to the same size as the PlayStation 3 Slim which Sony launched last fall. It is also quieter. I listened to it and it’s virtually silent. There are big air ducts on the sides, and it is only slightly warm to the touch. The power supply is also much smaller than the “giant brick” that gamers made fun of in the past. The detachable hard disk drive is no longer attached to the side. Rather, it is covered by a vent. You pull the vent out and then you can pull the hard drive out with a finger. The fan is far quieter than the fans in the older Xbox 360s, and the DVD drive also functions much more quietly than the old one.

The new model also has 802.11n networking. That’s a big benefit because it has always been a pain to get broadband into the living room using Ethernet wiring.

The lower cost and lower power consumption are some of the benefits of Valhalla, the code name for the chips that Microsoft redesigned with its partners IBM and Advanced Micro Devices. In the past, Microsoft had separate microprocessor and graphics chips in the Xbox 360. But this new processor is a combo chip that takes those functions and melds them into one. By getting rid of one major chip, Microsoft gets rid of a big part of the console’s cost. It also allows for a smaller motherboard and a smaller box. It costs less to make in part because it is a 45-nanometer chip, manufactured with a more efficient production process that can make smaller circuitry. And it draws less power.

Some of these savings Microsoft is using to pack more things into the console. It has gotten rid of the older memory units in favor of universal serial bus flash memory. So there are more USB ports — five altogether — on the console now. One of those ports can also supply power to a device such as Kinect, the motion-sensing accessory that Microsoft announced on Sunday night.

One of the nice touches in the new design is the “on” button. Before, you had to press it down hard to make the Xbox 360 turn on. Now you can do so with a slight finger touch because it has a capacitive touch sensor on it now.