Microsoft has a lot of games in the works, but the company is dealing with limits of physics as well as some poor timing. In terms of major releases, Xbox Series X is not getting a deluge this holiday. Instead, the company has Halo: Infinite and Forza Horizon 5. But then where are all those games the company talked about last year like Avowed, Fable, Perfect Dark, Everwilds, Hellblade 2, and more? Most of them are more than a year away from release.

Of course, Microsoft won’t have only Forza and Halo this year. Those games will launch alongside Psychonauts 2, Age of Empires 4, and the console version of Flight Simulator. Then next year, the company should have Forza Motorsport 8, Arkane Austin’s newly announced Redfall, and Bethesda’s highly anticipated Starfield space role-playing adventure. And those will get support from projects like the 1.0 version of Grounded.

Microsoft is planning to make the most of what it has. Through the end of this year it is promising six major day-and-date releases in Xbox Game Pass. That includes Halo, Forza Horizon 5, Age of Empires 4, Psychonauts, Flight Simulator, and the cooperative multiplayer zombie-shooter Back 4 Blood. It also includes smaller partner games like The Ascent, Shredders, and more. 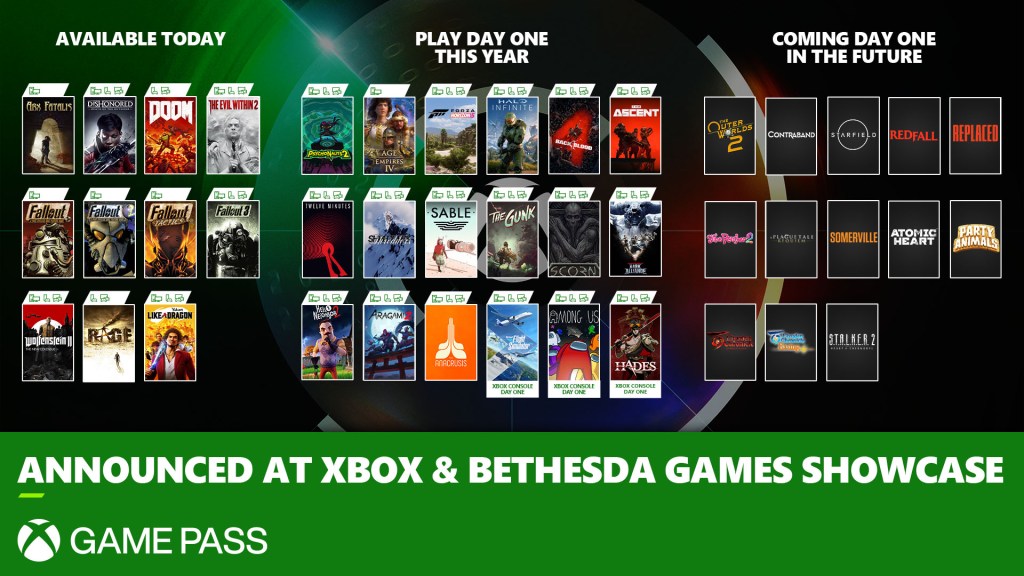 But then when is Microsoft going to finally call in the cavalry it has been promising fans since before this generation started? Well, the short answer to that is simple: 2023.

Right now, the following games are all expected to launch in 2023 for Microsoft:

And all of those are significant projects. Of course, something like Everwilds, which Rare rebooted, could easily slip into 2024 and beyond.

So the key for Microsoft is to get to a point where it can start talking about 2023. Maybe that is next E3, but more likely that is closer to The Game Awards in December.