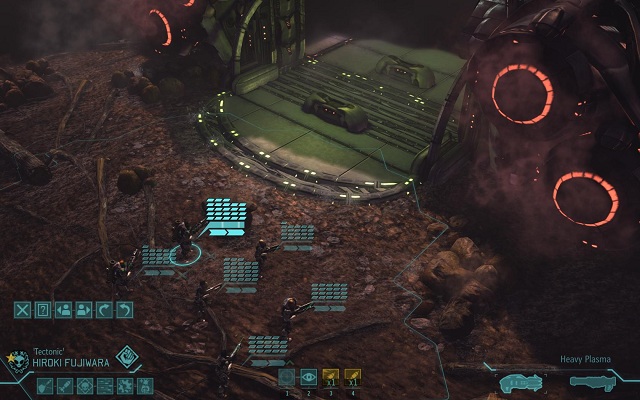 “I weaved this whole tale in my head regarding their 30-plus missions together, racking up the kills, working together, and becoming ‘blood sisters,’” began Garth DeAngelis, producer for developer Firaxis’ XCOM: Enemy Unknown, in a recent interview with GamesBeat. He was talking about the female snipers, Oba Legetho and Xia Lin, in his XCOM squad. “Poor Xia died,” he continued. “Oba became my volunteer Psionic, and she took down the Temple Ship in the end — fueled by the memory of her ex-comrade.”

X-Com has an uncanny knack to make you care for your seemingly dispensable frontline grunts. Games critic Tom Chick once wrote that this attachment to your soldiers is part of the reason these games live on so long in the hearts of many. He reiterated this point in his review of XCOM: Enemy Unknown, the fourth strategy entry in the series. And he’s right.

When I played the original X-Coms all those years ago back in the ’90s, I couldn’t tell you why you’d feel such affection toward your troops. Sure, I understood that the stories surrounding my squaddies — what DeAngelis calls the “internal narrative” — gave them shape and character in my mind. But those tales are fleeting. Something else was going on to foster such deep connections.

Then earlier this year, I played Sarah Northway’s Rebuild, a zombie apocalypse/city management sim where you try to hold together a group of wary survivors. As the game progresses, the people under your care develop into roles through their actions. Sending out someone to look for food, for instance, increases his scavenge stat; leaving another behind to guard your fort likewise increases his combat stat.

Over time, your remaining survivors grow into their jobs organically. You’ll end up with a go-to forager and a dependable zombie killer, both of whom reached these heights of skill not just through the stories that shaped them but from what feels like their own wills. But they were always in peril; any wrong decision could leave them as nothing more but a meal for the undead. Now I understood why I felt so emotionally invested in these virtual characters: Their deaths truly felt like I’d lost someone whom I couldn’t ever replace. 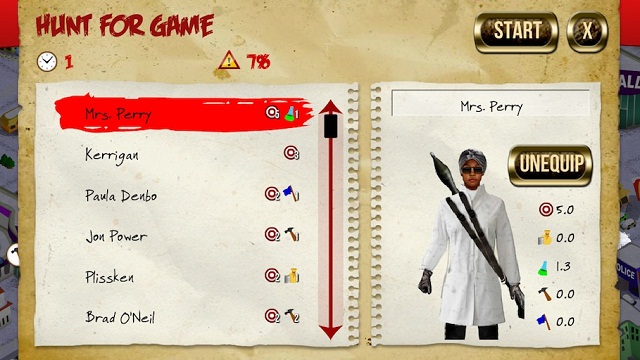 The original strategy games in the X-Com series operate under similar rules.  A soldier who shoots his gun will have a chance of increasing his aim stat at the end of the mission. A soldier who covers a lot of ground will slowly build up his number of Time Units, a stat that governs how many actions he can take during a turn. And as your teammates grow on their own before your very eyes, you develop this parental attachment to them.

They are your children. You guide them by ordering them to walk far or take a shot or throw a grenade or carry some heavy equipment. Your commands translate into their actions, which ultimately you have no control over. So when you lose that veteran who shot a Sectoid from across the map, you realize that you’ll never have another sharpshooter quite like him. You know in your heart that the next rookie off the Skyranger won’t develop in just the same way.

Enemy Unknown, though, takes a different approach. Firaxis has built a new skill-progression system for the four predefined soldier classes, with each military rank bringing a new perk for you to play with. You choose between two different abilities for many of these promotions up the command chain. You can customize your squaddies’ physical appearances, too, which seems to be an effort to generate that personal attachment.

DeAngelis revealed that Firaxis “had larger skill trees” in their original plans for the game. “I remember various proposals and designs that were extremely detailed and immensely deep, which also meant, in practice, they could feel a bit cumbersome,” he told me. He professed that his designers, Jake Soloman and Ananda Gupta, had “wisely settled upon a clean system that offered tons of choice and class-building without overtaxing the player.”

According to DeAngelis, the skill system has “led to an endless discussion about what the ‘perfect squad’ consists of.” But X-Com is not about perfection. Our clandestine paramilitary organization is something of which even former Defense Secretary Donald Rumsfeld could be proud, who once famously said, “You go to war with the army you have, not the army you might want or wish to have at a later time.” Building your squad into the pinnacle of tactical combat takes away from the individual character of its members. Perfect soldiers are perfectly boring. 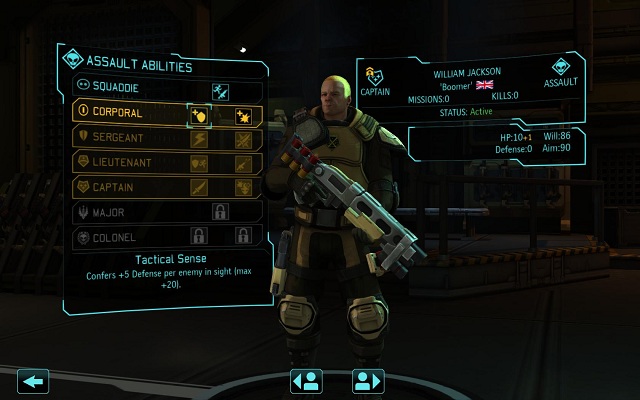 What would the Colonial Marines sent to LV-426 be without the panic attacks of Hudson? Or the steadfast bravery of Vasquez? What would the elite special forces team who battled an invisible foe in the jungles of Central America be without Mac’s vengeance or Billy’s honor or Dillon’s stubbornness? These “flaws” each led to their respective owner’s demise, yet they also influenced the personalities of characters that we’ve come to remember.

When I asked DeAngelis about the change between Enemy Unknown and its predecessors, he felt that the “wide variety of stats [in the original game] … always felt a bit distant to the player.” He was convinced of the player’s emotional investment hinging on “permadeath and aesthetic customization,” and so he and his team asked: “Why not make this connection even deeper by allowing the player to choose how each soldier’s gameplay progresses?”

My X-Com soldiers earn their “abilities” while I grant such perks to my troops in XCOM. That contrast in agency of character growth makes all the difference between a real sense of attachment and playing with action figures. So I asked DeAngelis how the skill system develops a feeling of affection toward your troops. 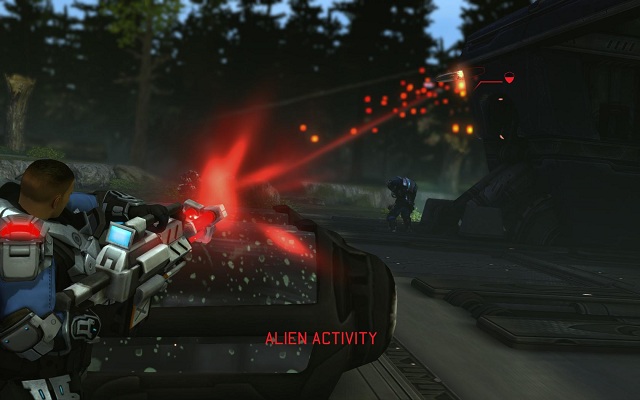 “Because your soldiers experience combat before they level up,” he said, “… it’s easy to create a story where soldiers use the experience they just went through to help them define their skills. Maybe that Heavy was just in a fight where nobody was making their shots — it’s easy to choose Holo-Targeting [editor’s note: a skill that increases aim] at that point and say, ‘Alessandro “Crater” Guzman is not going to go through that again!’”

DeAngelis has a point that I hadn’t yet considered; although, even if you’re “roleplaying” your soldiers, you’re still making choices for them. And what happens when you don’t have a corresponding story to inform the available skill options at a level-up opportunity? Most players are going to fall back on making decisions based on gameplay optimizations.

Don’t get me wrong: I like skill trees just fine from a mechanics perspective. They add new tactics to the turn-based battles that keep your choices varied and ambiguous. DeAngelis agrees, too: “Skills are a great way to increase the tactical depth of the game and make each soldier more valuable as they gain experience and to provide soldiers with a more defined tactical role to play in the squad.” And these perks don’t feel like unstoppable superpowers, either, especially so because your alien opponents have their own unique abilities. But since soldier progression is player-directed, these men and women feel less like distinctive individuals and more like they’re cut from the same plastic mold.

I’m the father of two sons, whom I watch grow up into their own selves — just as I observe X-Com’s finest. I understand that my wife and I have some influence over my kids’ personalities. Yes, I’m doing my best to guide them. The little stories about ultimately trivial things certainly shape my love for them — just as the magic bullet that hit an alien at such an incredible distance fosters an attachment to my X-Com troops. But they’re also doing things on their own, becoming their own persons. They are developing in their own ways. They are wholly unique; I cannot replace them. And I cherish them for that.