Before the Kickstarter, before it embraced VR, before Sony put it in its E3 lineup, Xing: The Land Beyond started out as a project in a level design class at college. What was meant to be a one-week assignment ended up being developed over the course of five years, spawning a studio, White Lotus Interactive, and a design philosophy along with it.

In 2012, John Torkington and Koriel Venus Kruer were working on their individual class projects. Kruer recalls that she was creating a tower, while Torkington was working away on an island setting. As they looked at what the other was building, they realized that both projects had things the other lacked; they complemented each other.

“I thought it would be cool if we combined our projects,” Kruer says. “If the professor was OK with it.” Their professor was, it turned out, and went further, encouraging Kruer and Torkington to pursue their concept beyond the length of the assignment with an offer: If they submitted it to a local game competition and got in, they’d get an A in the class. It was plenty of motivation, and within a few weeks the duo had turned a level concept into a four-level game, the first version of Xing.

The Xing prototype made it into the group of ten finalists, despite its short development time. It was a coup for the student developers, but only a little of that prototype remains within the finished game. “I think a better question is what are the similarities,” says Kruer. Only a few things survived the journey to release. They’d always envisioned Xing as a peaceful exploration games with puzzles, and the environmental storytelling has persisted as well.

One final thing hopped from build to build, though it perhaps isn’t quite as much of a linchpin as the others: a button sound. It piggy-backed onto every new build, and eventually the finished version. “It really represents my abilities as a sound designer,” jokes Torkington. Everything else, right down to the engine changed — from Unreal Engine 3 to 4 — over the process.

It developed into an exploration of the afterlife, where players, as a recently deceased snoop, can jump into the lives of the departed and wander through memories and thoughts, all while solving puzzles. The land of the dead might conjure up ghoulish imagery, but in Xing, it’s a striking, meditative gateway into the stories of the deceased. 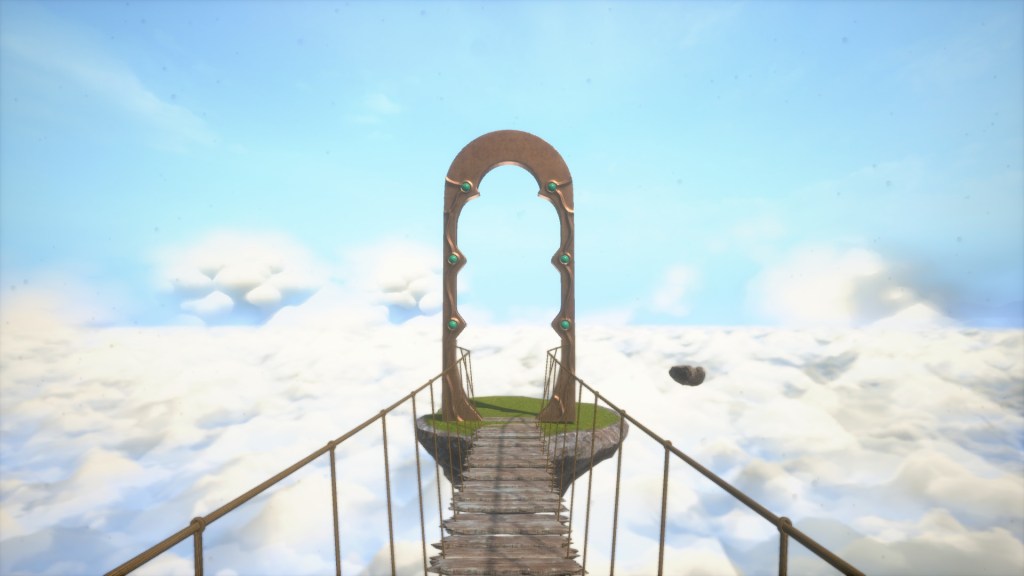 With its Kickstarter came stretch goals and an increased scope that included the ability to play in VR. It was right when people were getting swept up by the promise of virtual reality, and backers were quick to make sure Xing hit that particular goal.

“We were trying to keep up with the VR technology because that was important to our backers,” says Kruer, “and it had become really important to us once we tried it out for the first time and saw it was awesome.” Unfortunately, White Lotus didn’t have a headset. The team was waiting for an Oculus Rift DK1 and couldn’t do much without it. A generous backer stepped in and offered to loan them their headset, however, allowing them to get started straight away.

When the Kickstarter was running, White Lotus thought Xing could probably be finished in a year or less. “And then we ran it,” says Kruer. That estimate proved to be very optimistic, too optimistic, and when that became clear, the developer found itself without a release window.

“One of the pitfalls we found ourselves in was not really knowing when our game was going to release,” explains Kruer. “In the beginning, and through the next couple of years, we were constantly promoting it, but we didn’t have an answer for people. We had created all this hype back in 2013 and 2014, so by the time 2017 rolled around, we had that audience fall-off. We lost the momentum we had created.”

“It’s not just the momentum,” Torkington adds. “It’s also that we had to spend a lot of time promoting instead of developing.” They went to PAX and E3 and learned on the go how to promote their game. The shows went well, says Kruer, and they were able to get a lot of eyes on Xing, but the problem was they went on the wrong years. They didn’t go last year, when they could have drummed up some attention for the PC launch, or this year, with the impending PS4 launch.

Over 7,000 games launched on Steam alone last year and there are currently 11,761 ongoing video game projects on Kickstarter — that’s a lot of distractions. “When you’re trying to appeal to the modern audience and you’re working with brand new hardware that you’re not sure is going to be successful, you’ve got to figure out how to make it as broad as possible,” says Torkington. “So we ended up having an insane number of combinations. You can play with VR, not in VR, with a controller, and the controller could be a Dual Shock, and it ended up being this weird branching mix of headsets and non-headsets that you could use.”

“Fortunately, Xing has very few controls,” says Kruer. “You pick things up, you throw things, you move around. There isn’t a whole magic spell system you have to memorize.” The goal was to make a game that’s immediately accessible, with no combat or timed button prompts. A low-stress game. 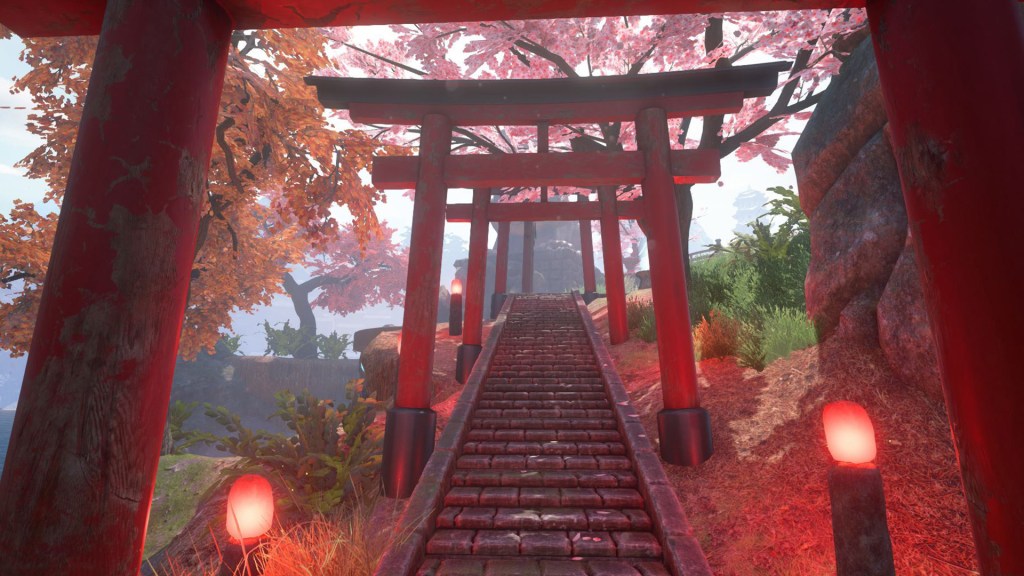 As White Lotus has been built around a single project, Torkington has been thinking a lot about the studio’s identity. “What defines Xing from White Lotus? What’s congruent and what’s different? If we were to make another game, what would we take from Xing and apply to the company? I think the main one is our focus on non-combat. There are a lot of games that rely on using combat as a driving force, and I think what we were able to do with Xing is make a driving force without combat. I’d like to approach other genres with that mentality and see if there are other genres that can be adapted to not require combat to be interesting.”

Beyond avoiding combat, Torkington wants to keep making “pretty games” with serene and striking environments that match the peaceful gameplay. For Kruer, that’s one part of Xing that’s she’s particularly proud of.

“It’s the look, the atmosphere of the game, what we able to accomplish graphically: all of the shaders that John made, and all of the different plants and statues. I spent a lot of time in the editor placing things in the levels, and that was something I just really enjoyed and ended up being super pleased with. Of course I’m proud of it as a whole, but that’s the small piece that I think is really cool. It’s the thing people most often initially notice about the game — the way it looks — and they’ll comment on it.”

Xing launched on Steam, Oculus Rift, and HTC Vive last year, and while the five-year development time brought with it plenty of changes and new directions, from new platforms to new engines, Torkington thinks it’s still largely the game they aimed to create.

“If I had seen the final product in college, if I could teleport back in time and deliver it to myself, I probably wouldn’t be surprised where it led, but I’d also probably say, ‘Wow, this is on a game engine that’s a lot newer than what we’re using now. You must have taken forever to make this!’ It’s pretty similar to what I wanted to make, but it’s all about the details. A lot of the details are different from what we expected.”

“It’s an interesting little journey that we had,” says Kruer.