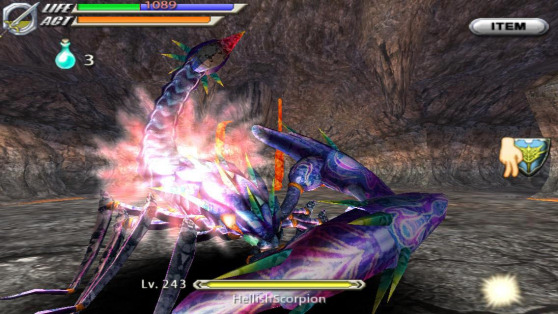 Xseed Games is joining a new family that expands its reach into more markets.

Announced today, Tokyo-based parent company Marvelous AQL has settled in North America as Marvelous U.S.A. It will not publish games but instead unify and oversee U.S. operations as umbrella company of both Xseed Games and Marvelous Online, a new extension of Xseed’s team that’s focused on publishing mobile and online-social games.

Xseed quietly launched its first iOS and Android title, the action-role-playing game Ark of the Ages (pictured), back in early March. The Torrance, Calif.-based publisher of Japanese-developed titles like Pandora’s Tower for Wii and Ragnarok Odyssey for PlayStation Vita will continue to release console, handheld, and PC games under its old name. Gamers won’t see a difference, but the structure behind the scenes has changed.

Current Xseed president and chief executive officer Shinichi Suzuki will head the Marvelous U.S.A. team with the same roles. He previously held those positions as Atlus, whose four-year-old Online Division has now merged with Marvelous Online, located in Irvine, Calif. Marvelous purchased it earlier this year from Index Digital Media. The staff consists of about 40 members between the two offices, with 10 at Xseed and the rest running the mobile team.

“I would like to expand our future offerings in order create a well-rounded game entertainment company across all platforms and types of play,” Suzuki told GamesBeat. “I think the Marvelous Online mobile and online social titles will be a big part of Marvelous U.S.A. in the near future. Ark of the Ages was our first mobile release and kind of a test case for us, and we learned a lot from it on how to improve the game experience, better marketing and operations, [and so forth] to help ensure quality products in the future.”

Executive vice president Ken Berry, who has worked at Xseed Games since it formed in 2004 (before Marvelous AQL acquired it in June 2007), will continue to manage all publishing aspects for the company’s titles. He and Tatsuya Nishioka of Marvelous AQL, who is assuming the role of senior director of Marvelous Online, will report to Suzuki.