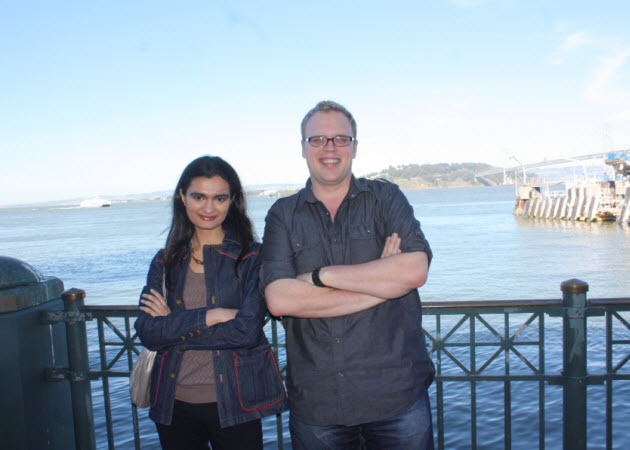 The game industry is hot, with lots of companies chasing the success of social game darlings such as Zynga and mobile game successes such as Ngmoco. That’s why YetiZen is forming a new incubator to help launch game startups.

To some people, that’s a sure sign of a bubble. But YetiZen founders Sana Choudary and Japheth Dillman believe that their focus on the fast-growing and highly specialized game business will help them stand out from the growing number of incubators for tech companies.

Last year was a record year for gaming fundings. We counted 91 companies that raised $1.05 billion in 2010, up 58 percent from a year earlier. That has inspired a lot more entrepreneurs and developers to start new companies that want to grow and raise money as well.

“We are focused on the grassroots space,” Choudary said. “We can help young companies get traction, and not in a bubble-like way.”

Choudary and Dillman want to work with those new companies that are in their seed stage and need help to accelerate their growth. As other incubators do, YetiZen is inviting a class of companies to join its first session. The first class has already been selected, and YetiZen will take applications for more incubator classes in the near future.

Choudary and Dillman will bring in knowledgeable game industry insiders, lawyers, game designers and venture capitalists to help the game startups. Each class will last about three months. The focus will be on the hottest area of the business, the mobile, social and emerging game markets. The companies can be game developers or platform makers.

“Everyone is looking for better deal flow,” Dillman said, and Yetizen will help filter out the good ones from the bad. “The VCs really want something like this.”

The pair has a long history advising game companies, and they started the SF Game Developers Workshop as a monthly gathering for social game makers in the Bay Area who are thirsty for knowledge about their fledgling trade. The incubator can teach the young companies how to get better distribution for their games.

“They know the market and I believe they can provide a much-needed service in this area,” Chung said.

There are other incubators. Joystick Labs is aimed at accelerating startups in the Research Triangle Park region of North Carolina, while IGN has an incubator in San Francisco that is co-located with its game industry publications. The Canadian government has various programs to help startups, as do some U.S. cities such as New Orleans. None is as established as Y Combinator, the tech incubator in Mountain View, Calif. YetiZen chose San Francisco because the overwhelming majority of independent game companies are in San Francisco and the rest of the Bay Area.

The YetiZen founders say their service is needed because three-fourths of game startups fail in their first year and nine out of ten will wind up failing. The program will follow a formal process, where incubator students will meet with the board of advisors in their first month, meet with investors in the second month, and hold some kind of public demo in their third month. There will be five to ten companies per round. The first round will run from May through July. The second class will be November through January.

The focus won’t be on college students starting their own companies or the one-person garage-style developers. Most of the startups are far enough along where they won’t need actual office space, but those that do could tap the shared office of Rocket Space in San Francisco.

YetiZen won’t offer actual seed funding for its incubator members. In return for the acceleration service, Yetizen will get a negotiated equity stake.