Back in my day, catching ghosts required a degree in paranormal psychology and a firehouse. I guess they do things a little bit differently in Japan, and that style may come our way pretty soon.

Megapopular ghost-catching role-playing game Yo-kai Watch (or Youkai Watch in Japan) may finally come West next year, according to publisher Level-5. The RPGs have you going on adventures to capture different kinds of spectral beings that you can then use in battle. In an interview with Japanese website Zakzak (as spotted by users on the gaming message board NeoGAF via Polygon), Level-5 president Akihiro Hino explained that his company is evaluating how to bring one of its biggest games to other territories. This brand is potentially worth millions as Japanese fads have a tendency to catch on in other territories.

“[Level-5’s] plan for [Yo-kai Watch] next year includes worldwide expansion,” said Hino (as translated by Polygon). “I believe that there is an attraction to Japan-like fantasies. Also, I have already acquired an endorsement from a foreign toy manufacturer that says [Yo-kai Watch] will absolutely succeed.”

Level-5 released the first Yo-Kai Watch in 2013, and the company just released a sequel, which has two versions (just like Nintendo’s Pokémon), in July. Yo-kai Watch has a lot in common with Pokémon. Both games have inspired a phenomenon, a television show, and toys. Yo-Kai Watch is also only on Nintendo handhelds. 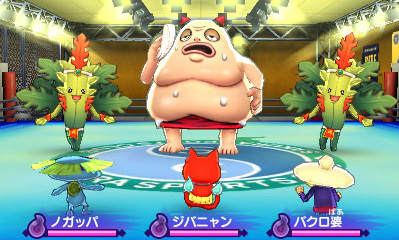 We’ve reached out to Level-5 for more details, and we’ll update this post with any new information.

Yo-kai Watch caught on with Japanese audiences over the last year. The first game has sold around 1.2 million copies in the country. In July, the sequel sold 1.3 million copies in a single week. It’s one of the few titles that prove that not all Japanese game spending is on mobile.

If Yo-Kai Watch does come to the States, it’s unclear whether Level-5 will start with the first game or simply jump to the second game. It’s likely, however, that an English version of the television show will also come this way if the game does.