Pokémon Go, the mobile app that’s reignited the cult of Pokémon for millions of berserk, smartphone-wielding fans, works on Chromebooks. But only certain Chromebooks — those that already support Android apps and the Google Play Store.

GamesBeat got it running on Asus’ 2015 Chromebook Flip. Sort of. Here’s your step-by-step guide.

Why on earth would anyone want to run Pokémon Go on a Chromebook?

Maybe you’re sneaking the game at work — you are a terrible employee. Maybe your mobile addiction is aggravating your arthritis — same. Are we seriously going to try rationalizing this? 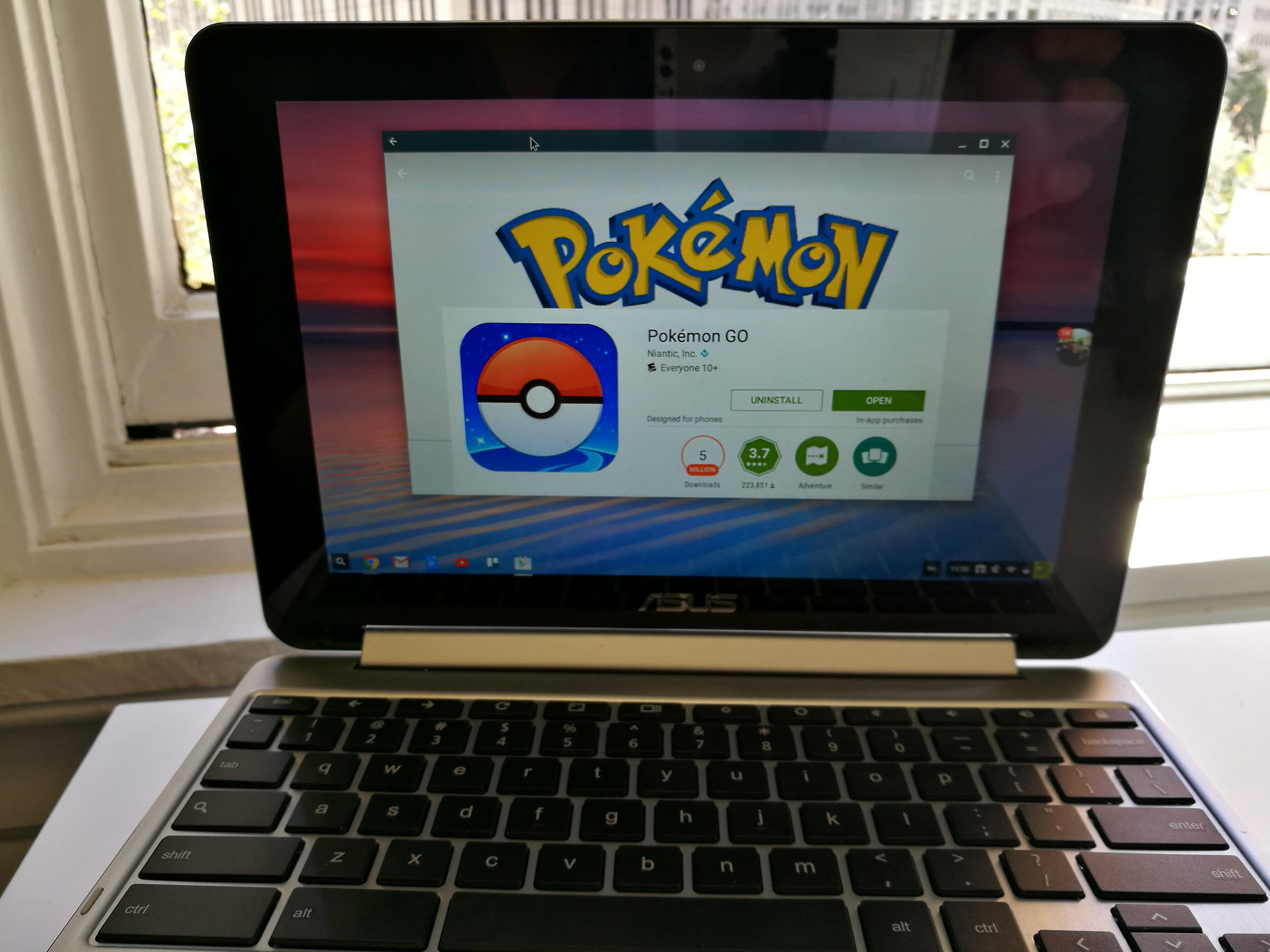 The app downloaded smoothly for me on the first try, but I had to launch it twice before Pokémon Go prompted me to grant access to location data (via Wi-Fi, more on that later), contacts, and to take pictures and videos. 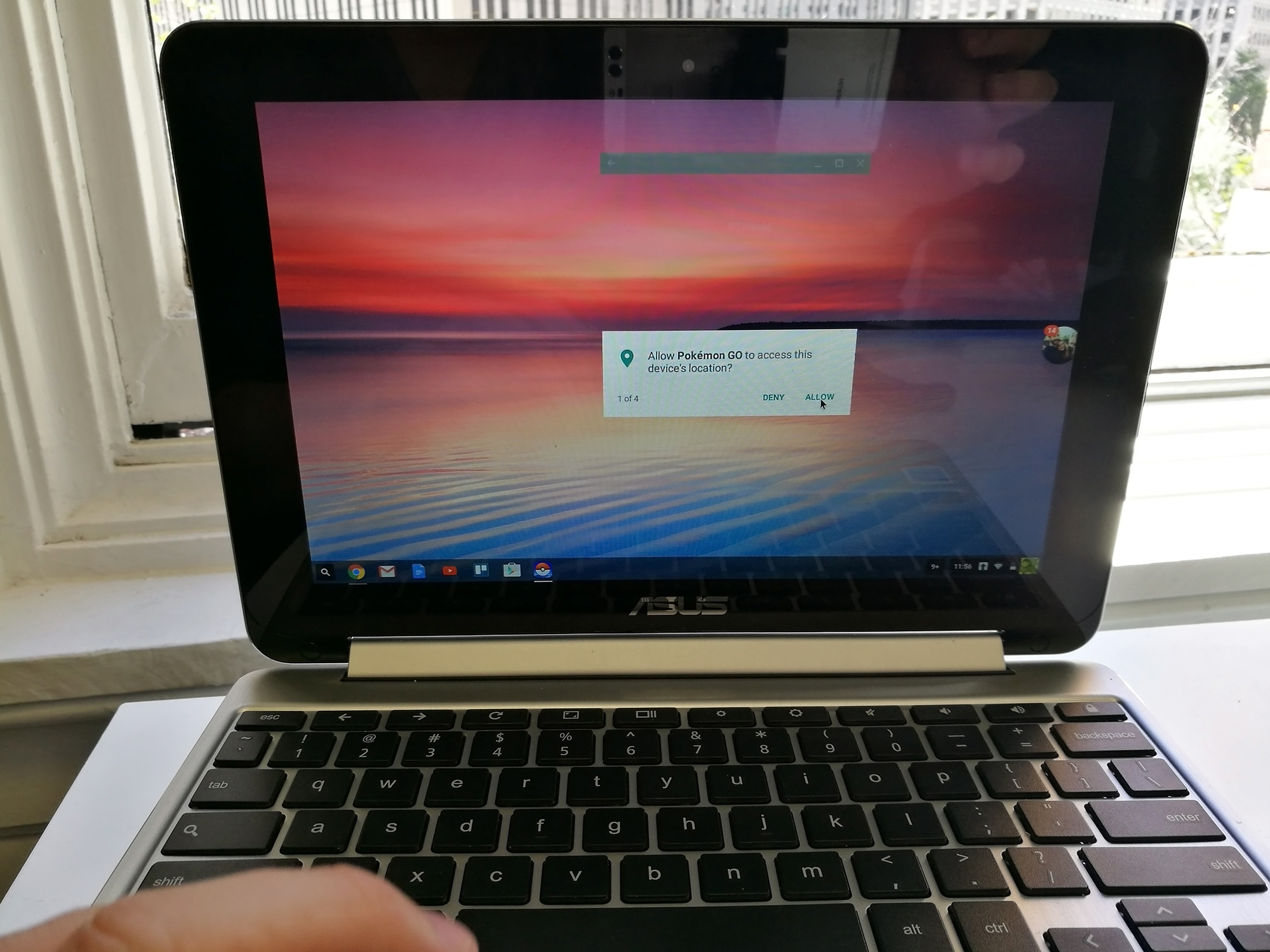 We didn’t bother creating a new account. The app already detected my colleague‘s Google accounts, which he’d already used to register for the service on mobile, so we went that route. 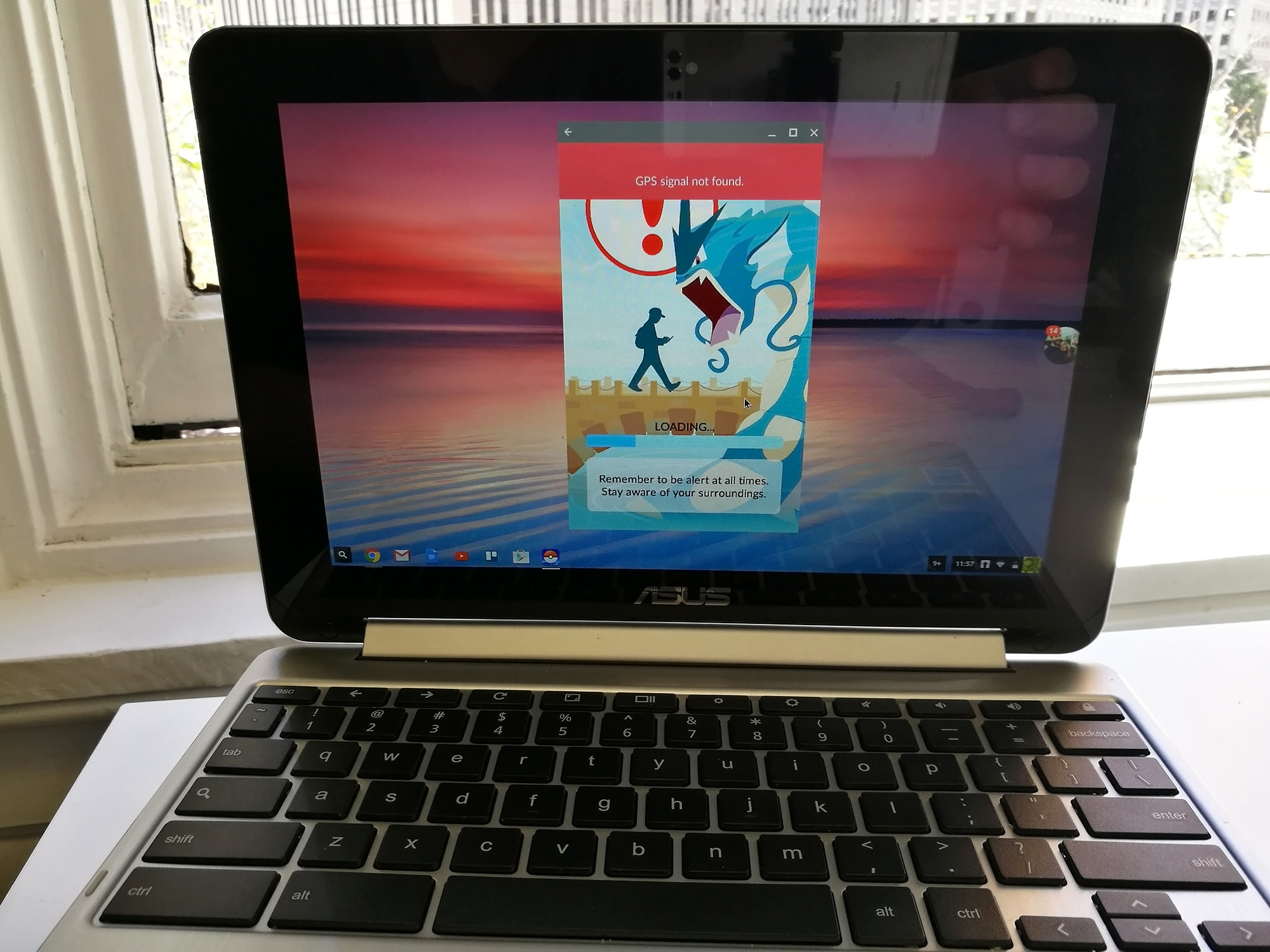 Pokémon Go requires GPS to work properly. But — you saw this coming, didn’t you? — Chromebooks do not ship with built-in GPS. Without it, the game located us using the Wi-Fi network we’re connected to at VentureBeat’s San Francisco headquarters. As far as we can tell, the only way to change your location is to change your Wi-Fi network.

GPS aside, the game pretty much works. You can collect items at Pokéstops, visit gyms, and even catch Pokémon — if you happen to find one at your location; if you’re desperate, you can always use incense to attract them.

Pokémon Go’s Chromebook AR experience failed tremendously for me. Without an accelerometer or rear-facing camera, you’ll just end up in an awkward selfie mode. To catch anything, you’ll have to turn AR mode off.

On my first try, after tossing a Pokéball and catching a Pokémon, the game froze. I’ve encountered the same bug on my iPhone, too. So I quit the app and tried again.

GPS and AR issues aside, the game technically worked. Watch it in action below in all its glory:

And remember. You are a dork. I am a dork. We are all giant dorks.